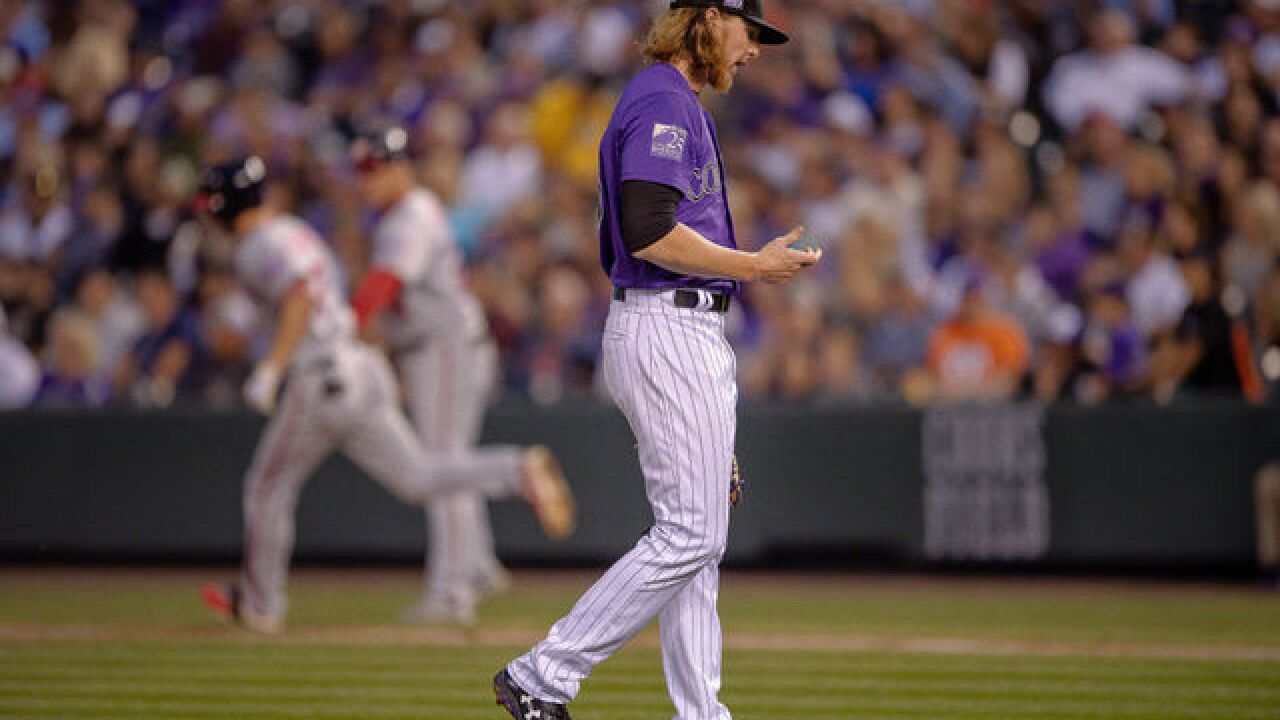 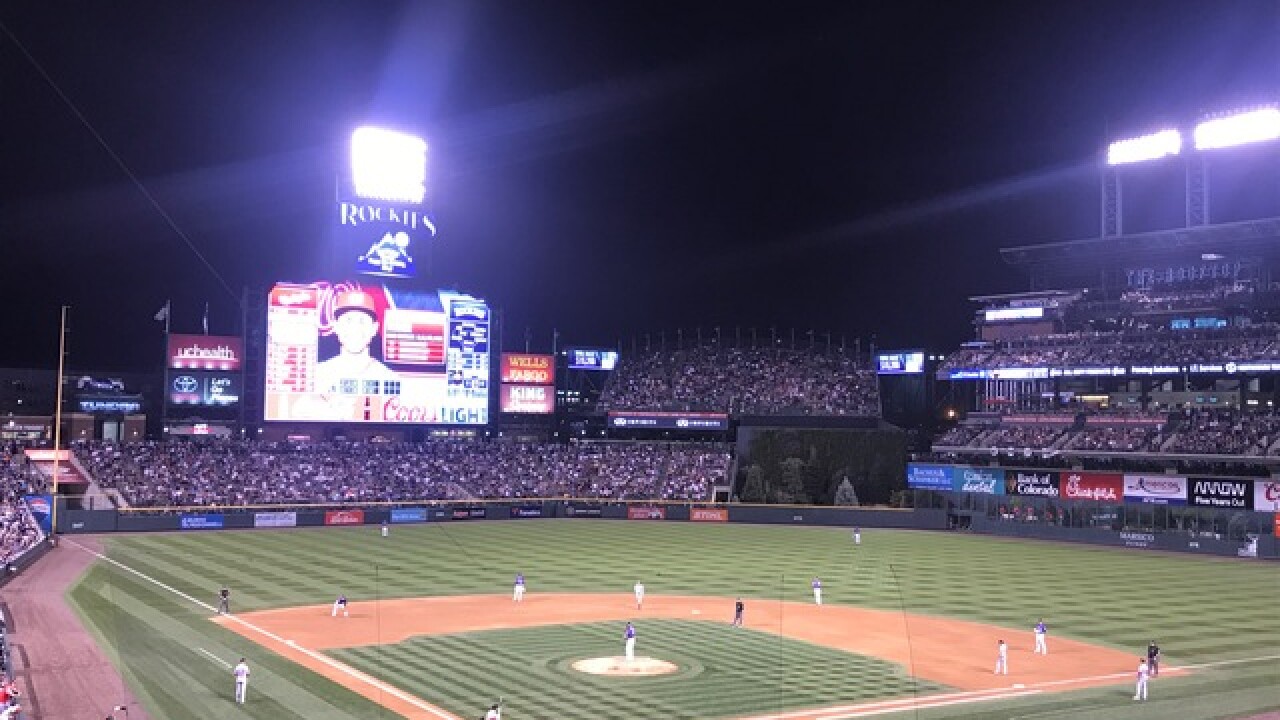 DENVER -- So many victories marginalized the challenge.

The Rockies swaggered into Coors Field as owners of an eight-game winning streak. When you believe in destiny you don't believe halfway. It seemed 10 straight to finish the season became ordained, allowing the Rockies to finally find the end of the rainbow.

Then came Saturday night -- and Jon Gray's past caught up to him like an unpaid tax return. The moment arrived at his doorstep, begging him to change his wilt-in-the spotlight narrative. Gray delivered seven crisp innings in his previous outing, fueling optimism. He exited after two innings Saturday, cascaded in boos from an impatient crowd that wants -- demands -- the franchise's first-ever National League West title.

When the Dodgers won earlier in the day, the Rockies were deprived an opportunity to clinch. However, Gray took the ball with a chance to push the division lead to one game with one remaining. Instead, the Rockies wake up Sunday tied with Los Angeles after a 12-2 loss Saturday at Coors Field. No margin for error. But Gray handcuffed the Rockies, forcing difficult decisions.

Manager Bud Black is taking a calculated risk -- one I like even if the numbers scream otherwise. Tyler Anderson starts Sunday, his shoulder deem healed after a bullpen session. He has not won since July 4, going 0-6 over his past 13 starts.

German Marquez was available Sunday on short rest, but it would leave him unavailable for a tiebreaker game or potential wild card elimination contest. He will be ready to go Monday, at Los Angeles, if needed. And the Dodgers followed the Rockies lead, pitching Rich Hill on Sunday with Walker Buehler set for Monday.

In case you haven't noticed, nothing comes easily for the Rockies.

They did, however, catch a break from Washington. The Nationals will start Erick Fedde instead of Max Scherzer in the finale. Scherzer wanted to pitch, but it represented all risk, no reward for Washington with Scherzer having eclipsed 220 innings and posted his 300th strikeout in his last outing.

The rotation gymnastics could have been avoided.

Gray squandered the leverage, the ability to control the West. He suffered through the type of outing you wouldn't wish on your worst enemy. It began with the first hitter smoking a line drive off his right side, a body blow above his hip.

This was Gray's platform. Opportunity knocked at his door, he peeked out the window and decided not to answer. It was not entirely surprising given Gray's problems on the big stage. They began, in earnest, when he dissolved before the Rockies' eyes in the wild card playoff game last year in Arizona.

That game shaped Saturday's importance. As veteran Matt Holliday explained to me before the first pitch -- remember, he won rings with the St. Louis Cardinals -- the players learned the pratfalls of an elimination game. Their work wasn't done. They wanted a division crown to prevent a mistake, a bad bounce from ending their season as Gray's start and Pat Neshek's slider to Archie Bradley did in the desert last October.

Gray could have gone a long way toward redeeming himself with a sneaky strong performance. He could have helped the Rockies make seamless rotation decisions.

Instead, Gray started with leadoff hitter Adam Eaton squaring up a fastball off his midsection. He remained in the game, but departed after two innings to so many questions, tops among them: When will he develop the mental toughness to match his physical gifts?

By the second inning, with the Rockies trailing 3-0, manager Bud Black's patience became tested. He sat in the dugout, sighing, knowing Gray was teetering on the edge of the cliff. Washington's Trea Turner pushed him off with a two-run homer to dead center moments later.

It marked the 12th consecutive start in which Gray has allowed a home run, three shy of John Thomson's 2002 record. The fans unleashed a chorus of jeers. What the noise suggested, Gray's final line explained: two innings, seven hits, five runs. During the forgettable outing, Gray attempted to cover first base on a ground ball to the right side. He flailed for the ball, and stumbled as his chin bounced off the ground.

The moment reached out to Gray, sending him a smiling emoji. He didn't text back, saying goodbye too early as the Rockies try to say hello to their first division title.