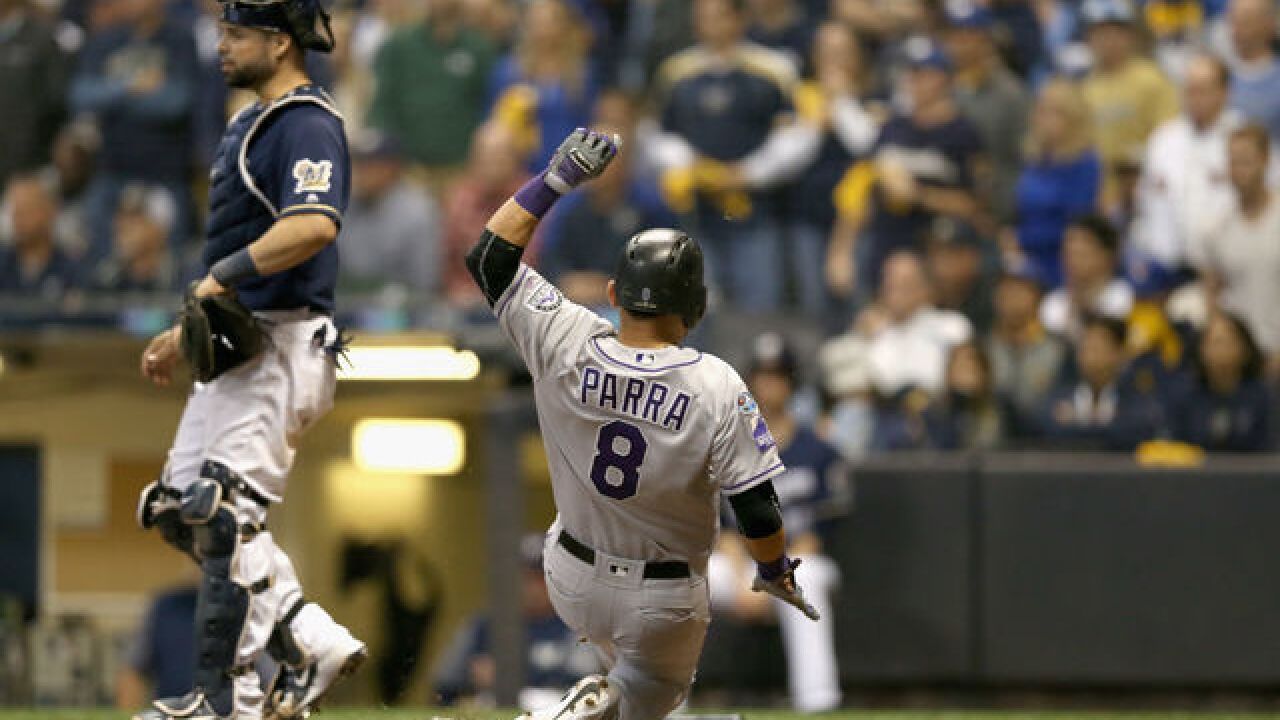 2018 Getty Images
Dylan Buell
<p>MILWAUKEE, WI - OCTOBER 04: Gerardo Parra #8 of the Colorado Rockies slides into home plate to score on a ground rule double by Charlie Blackmon #19 (not pictured) in the ninth inning of Game One of the National League Division Series against the Milwaukee Brewers at Miller Park on October 4, 2018 in Milwaukee, Wisconsin. (Photo by Dylan Buell/Getty Images)</p>

DENVER – After falling 3-2 in extra innings to the Brewers in Game 1 of the National League Division Series Thursday, the Rockies made slight changes to Friday’s Game 2 lineup as they try to even up the series before heading back to Denver for Game 3.

Gerardo Parra will start in left field for Friday’s game, replacing David Dahl, who went 0-for-4 with two strikeouts in Game 1. Parra, meanwhile, went 1-for-2 as a pinch hitter Thursday and scored a crucial run in the ninth inning.

Tyler Anderson takes the hill for the Rockies. He was masterful in his last start Sunday against the Nationals, pitching 7 2/3 scoreless innings while scattering four hits, striking out five and walking three. His performance kept the Rockies’ hopes to win the NL West intact and sent them to a tiebreaker game against the Dodgers, which the team lost.

Black announced at a Friday morning news conference that German Marquez would start Game 3 Sunday in Denver, and said Kyle Freeland would start Game 4 if the Rockies can pick up a win Friday or Sunday.

Friday’s first pitch is scheduled for 2:15 p.m. MT. The game will be broadcast on FS1.

The Rockies’ lineup for Game 2 is as follows:

Denver7’s Alison Mastrangelo and Jeff Howe are in Milwaukee for live coverage of the game. Stay tuned to Denver7 for full coverage and highlights Friday afternoon and evening.