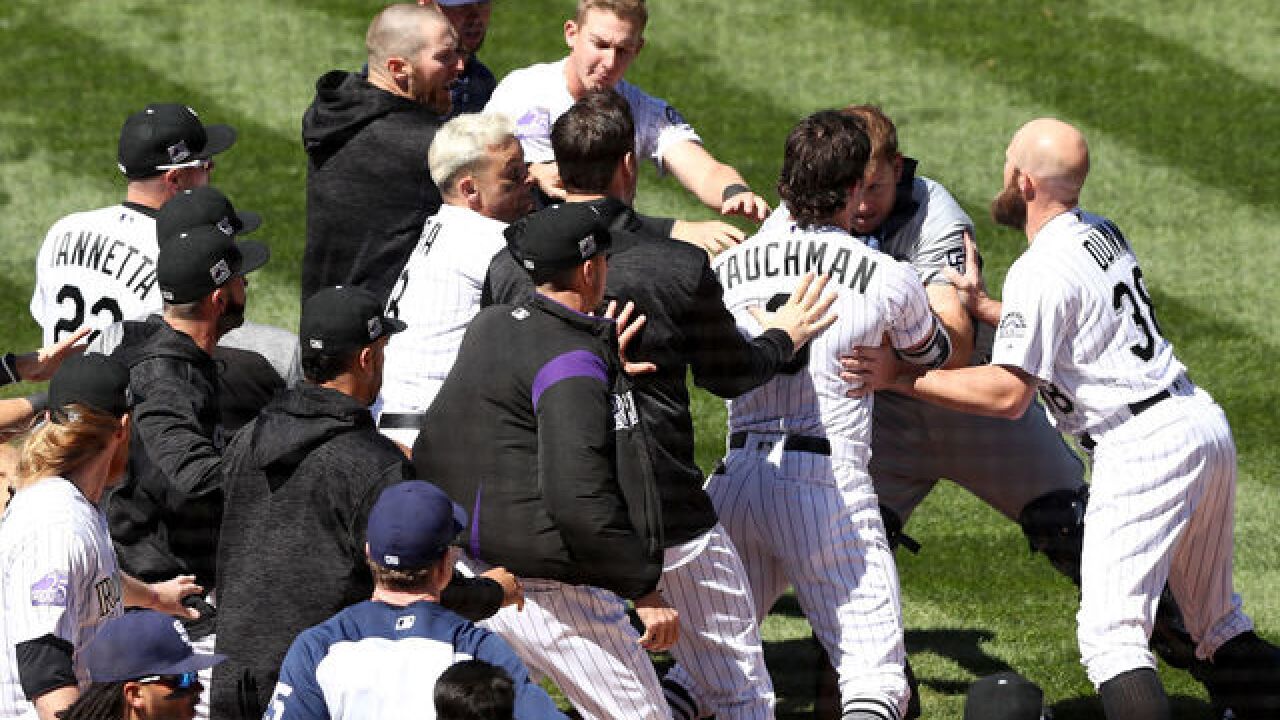 2018 Getty Images
Matthew Stockman
<p>DENVER, CO - APRIL 11: Benches clear as a brawl breaks out between the Colorado Rockies and the San Diego Padres in the third inning at Coors Field on April 11, 2018 in Denver, Colorado. (Photo by Matthew Stockman/Getty Images)</p>

DENVER -- Luis Perdomo threw a pitch and his glove, and a wild-eyed Nolan Arenado threw a punch in the right-hander's vicinity on Wednesday.

Friday, Major League Baseball threw the book at the combatants in the Rockies-Padres' basebrawl at Coors Field. MLB discipline czar Joe Torre issued a five-game ban for Arenado and a four-game ban for outfielder Gerardo Parra. Perdomo was docked five games, and Padres pitcher Buddy Baumann received a one-game ban. All of the aforementioned players were fined.

Arenado and Parra will appeal their suspensions, according to an MLB source, and are in the lineup Friday against the Washington Nationals.

Arenado received discipline for charging the mound in third inning after the pitch sailed behind his back, and for fighting. Parra, viewed as an instigator as he jumped into the fray, was punished for fighting, same as Baumann, who is now in the minor leagues. Torre determined Perdomo "intentionally threw" at Arenado, something the pitcher denied afterward. The Padres grew frustrated after multiple hitters were plunked, and decided to stop it by throwing at a Rockies star player.

Arenado took exception to the velocity -- Perdomo ramped up to 97 miles per hour after sitting at 93 miles per hour -- and the location of the pitch near his shoulder.

Others fined for their roles in the melee: Padres catcher A.J. Ellis and infielder Freddy Galvis and Rockies pitcher German Marquez.