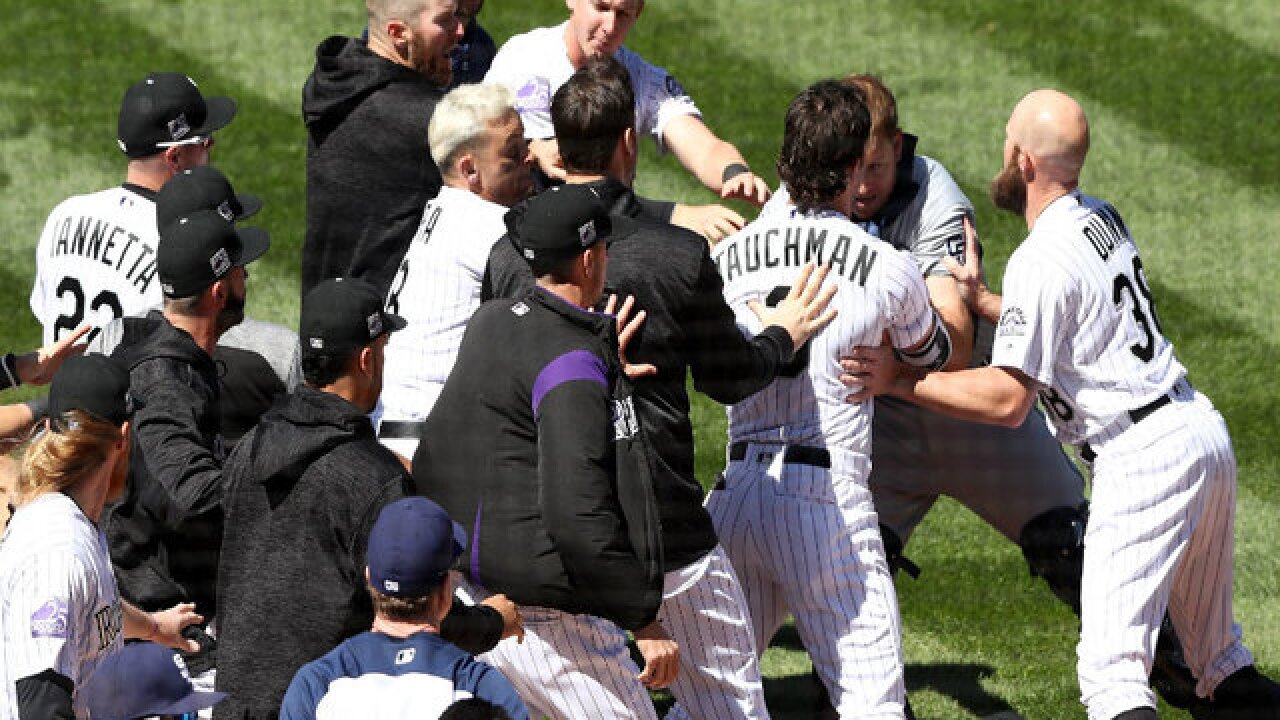 Copyright Getty Images
Matthew Stockman
Benches clear as a brawl breaks out between the Colorado Rockies and the San Diego Padres in the third inning at Coors Field on April 11, 2018 in Denver, Colorado.

WASHINGTON (AP) — Colorado third baseman Nolan Arenado has dropped his appeal and immediately will begin serving his five-game suspension from Major League Baseball in Washington for his part in Wednesday’s brawl with San Diego.

A team spokesman confirmed Saturday that Arenado would begin the suspension.

Arenado charged the mound after Padres pitcher Luis Perdomo threw a pitch behind his back during the Rockies’ 6-4 victory.

Ryan McMahon replaced Arenado in the lineup at third base Saturday.

Rockies outfielder Gerrado Parra is still appealing his four-game suspension and is in the lineup on Saturday, batting second.