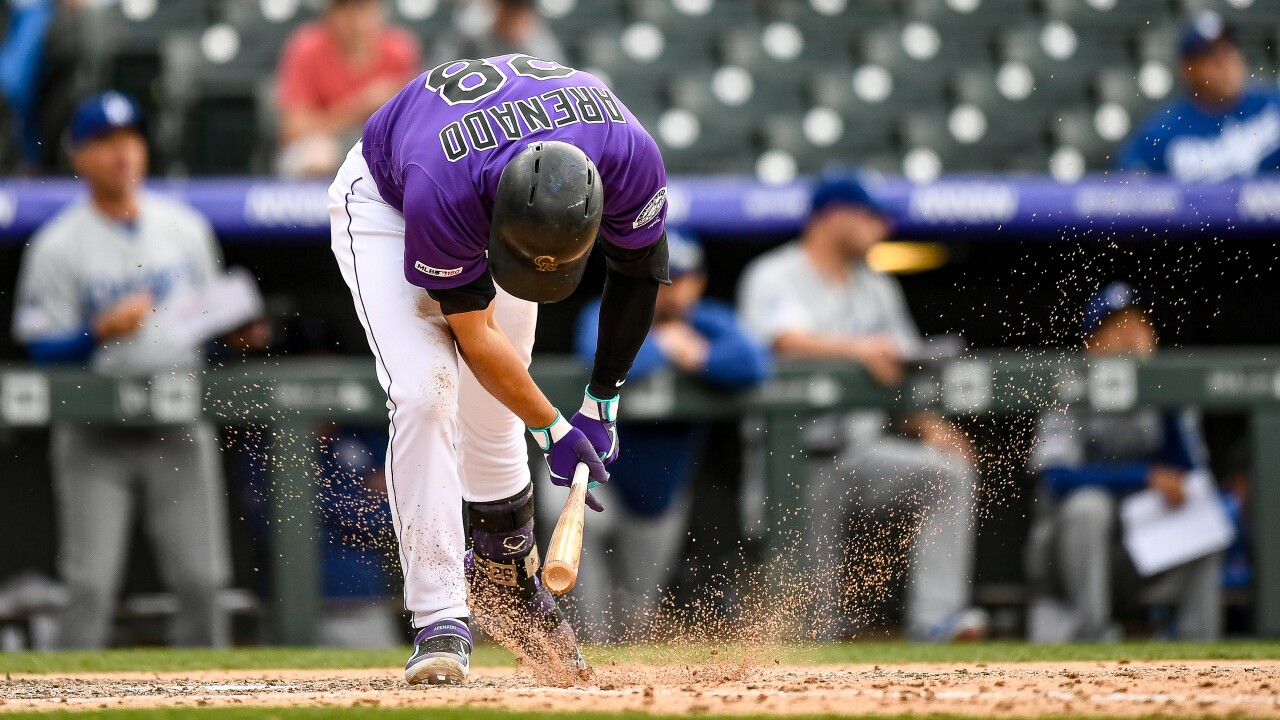 After hitting a franchise-record 235 home runs last year, the NL champion Dodgers have connected a whopping 21 times in only eight games this season. They've homered in every game so far.

Bellinger hit his sixth of the year, breaking the game open with a three-run drive in the fifth. Muncy finished a double shy of a cycle, walking in the ninth.

Kenta Maeda (2-0) threw five sharp innings and cruised through a scuffling Colorado lineup. He allowed four hits and his only run on Nolan Arenado's sacrifice fly.

Maeda's biggest pitch was a slider in the fifth that Trevor Story took for a called third strike with two outs and the bases loaded.

A slow-working Tyler Anderson (0-2) couldn't find his groove in allowing six runs over four innings. Both homers he surrendered were on fastballs. The left-hander is coming off a season in which he gave up 30 homers, tied for the most in the NL.

The Rockies have now dropped three of their last four home openers. David Dahl homered in the ninth and Story connected two batters later for his 11th career multihomer game.

Before the game, Dodgers manager Dave Roberts joked the "green light is on" to go deep since they now so many home runs and only one stolen base.

Bellinger's drive off Anderson gave him 16 RBIs. In contrast, the Rockies have 22 RBIs as a team.

To go with his productive afternoon at the plate, Muncy made a nifty play at first base to snare a liner by Story and record a double play.

This was the first of 19 games between two teams that needed a tiebreaker last season to decide the NL West crown before the Dodgers prevailed. It's a burgeoning rivalry in the eyes of the Rockies, but not so much to Los Angeles.

"They're a good club that I have a lot of respect for," Roberts said. "But geography plays into a rivalry."

Dodgers: LHP Rich Hill (strained left knee) will throw a 20-pitch bullpen session Saturday. ... Roberts said he was leaning toward LHP Clayton Kershaw (shoulder inflammation) making another rehab start at Triple-A Oklahoma City. Kershaw gave up two runs and struck out six over 4 1/3 innings in a rehab stint Thursday. ... RHP Joe Kelly was hit by a comebacker on his glove hand in the ninth and left the game.

Roberts won't hesitate to use closer Kenley Jansen while in Denver's higher altitude. Jansen had surgery in the offseason to address an irregular heartbeat that surfaced again while in Colorado for a series in August. He didn't travel with the team back to Colorado in September as a precaution.

"We feel the heart thing, we have it at bay with the surgery," Roberts explained.

The Rockies announced late in the game they agreed on a minor league contract with LHP Jorge De La Rosa.