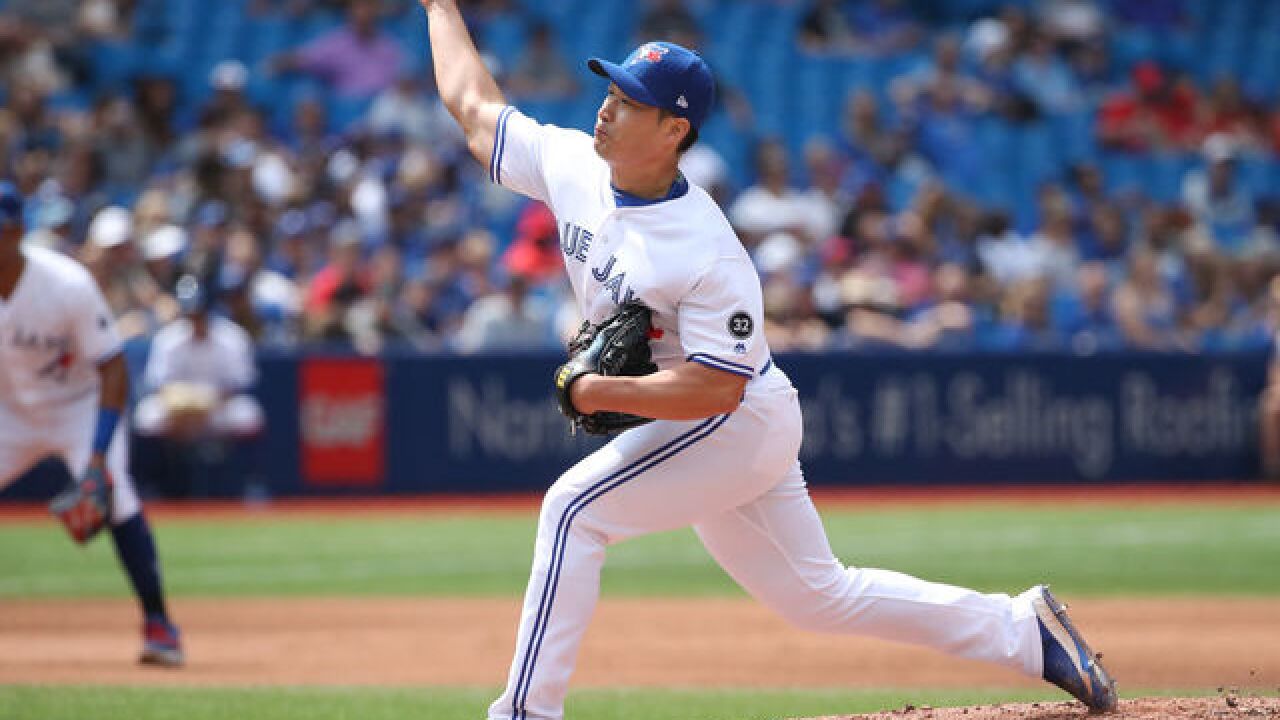 2018 Getty Images
Tom Szczerbowski
<p>TORONTO, ON - JULY 21: Seunghwan Oh #22 of the Toronto Blue Jays delivers a pitch in the eighth inning during MLB game action against the Baltimore Orioles at Rogers Centre on July 21, 2018 in Toronto, Canada. (Photo by Tom Szczerbowski/Getty Images)</p>

Oh was 4-3 with a 2.68 ERA in 48 appearances for the Blue Jays this season. The 36-year-old South Korean signed a $2 million, one-year contract in the offseason after two seasons with the St. Louis Cardinals.

It's unclear where Oh will fit into Colorado's bullpen. The Rockies have Wade Davis as their closer and Adam Ottavino as an eighth-inning specialist.

In the deal announced Thursday, Toronto picked up minor league infielder Chad Spanberger, outfielder Forrest Wall and a player to be named.