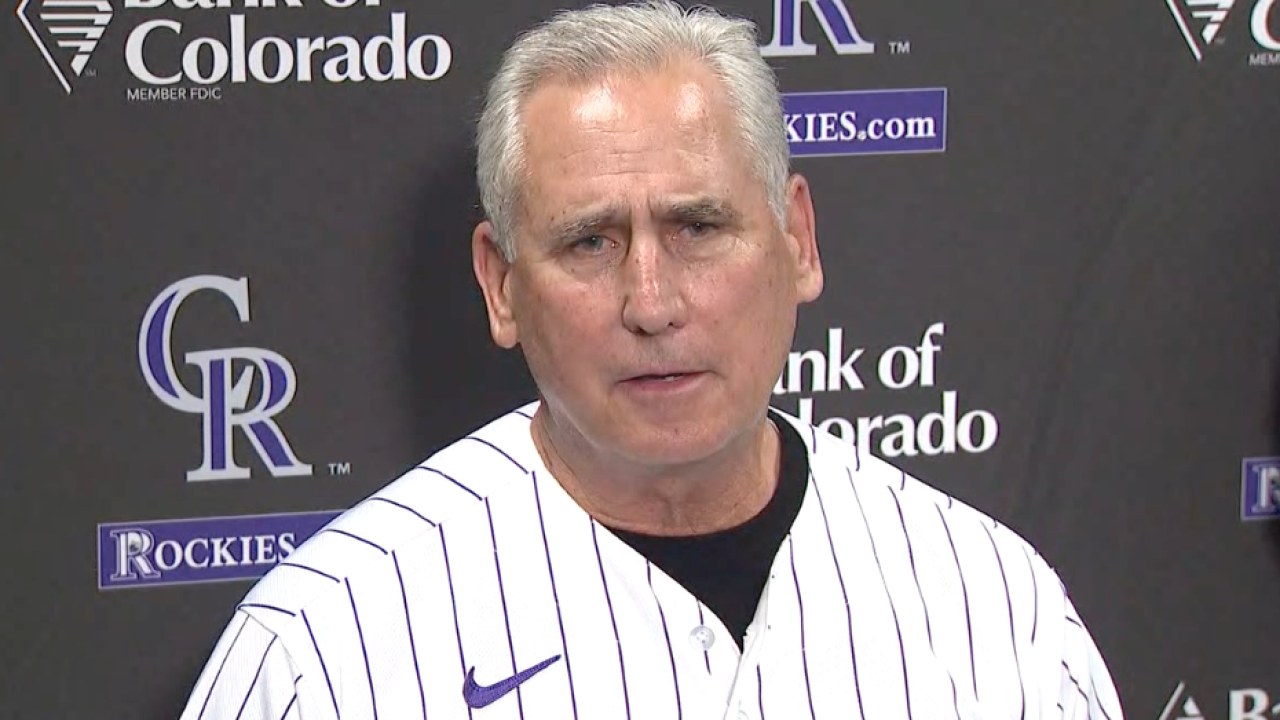 DENVER — The Rockies manager and players recognized Saturday that their optimism was going to live in the margins until one question was answered.

How do Bud Black, Trevor Story, and Kyle Freeland feel about the dispute involving superstar Nolan Arenado and general manager Jeff Bridich? Their relationship fractured publicly when Arenado vented last week that, "Jeff is very disrespectful." And it hung over Rockies Fest, which drew a record crowd of 5,500, according to team officials.

Will it be an issue for the team in spring training?

"I don't think so," Black said. "Players are wired to play. Going back to minor league baseball, high school, I am sure there are instances that were not as smooth for them. Once we get to camp, I think the focus is going to be on baseball. ... I see this group as being pretty bonded and united."

Black admitted he called Arenado this week after the story erupted, but hasn't heard back. Black will talk to him soon, if not when he reports to spring training next month. All-Star Trevor Story, who has grown close with Arenado over the last few years, explained that players must keep a narrow vision as they aim to bounce back from last year's 71-win debacle.

"Whatever happens, we will do a good job of handling it. I can't speak for Nolan. But we are just worried in our clubhouse about trying to win games. We are all pros here," said Story, whose two-year, $27.5 million contract over his final arbitration seasons should be official early next week. "It's a little different (getting asked about it). At the end of the day, everyone involved wants to win."

Pitcher Kyle Freeland remains motivated to engineer a comeback that will ideally mirror a team revival. After finishing fourth in the Cy Young award voting in 2018, the Denver native bottomed out last season, going 3-11 with a 6.73 ERA. It led him to ditch the "flamingo pause" in his delivery this winter, and placing emphasis on upgrading his breaking pitches. Freeland believes a U-turn is forthcoming and isn't worried about Arenado.

"What happened last year is something I will always be able to learn from. But I am confident," Freeland said. "(With Arenado), obviously everything that is going on, that's between him and Jeff. But I think Nolan -- I am sure you guys would agree -- no matter the situation, he's the kind of guy that's going to show up on time ready to play. He's going to work his ass off."

Saturday featured an odd dynamic. Black and his players discussed a new season, a fresh start while addressing an uncomfortable topic, not of their creation. Bridich remained unavailable to the press, leaving others to address the current biggest story in baseball, not involving the Astros and Red Sox stealing signs.

The lack of accountability from the GM didn't sit well with fans on Twitter, who want answers and are bracing for one of the greatest players in franchise history to be traded this season.

For now, the plan remains for Arenado to show up in Scottsdale in February with rolled-up sleeves. Arenado will likely talk with the media upon his arrival -- though he's not expected to add any more about feeling "crossed" by Bridich -- and then shift his eyes toward practice.

Bridich has yet to comment on an offseason that is notable for two accomplishments. The Rockies are the lone major league club not to spend money on a free agent -- that's tied directly to past contracts Bridich handed out to underperforming players Wade Davis, Bryan Shaw, Jake McGee, Ian Desmond and Daniel Murphy -- and the GM has created a rift with the Rockies' best player, who feels disillusioned about the team's inactivity, among other issues.

So it is, the Rockies move forward. They seek to return to the postseason for the third time in four seasons. They hope -- they have no choice -- that the pitching staff will improve dramatically and players like Murphy and Desmond will become functional. Hope is not a great strategy, whether it centers on players rebounding or the relationship between Arenado and Bridrich magically repairing itself.

Yet, as Story said, it's important to focus on what they can control. That is on the field -- where the Rockies will be soon.

"It's pretty much the same team that was in playoffs in '17 and '18," Story said. "We feel good about it, and we feel like the fans should too."