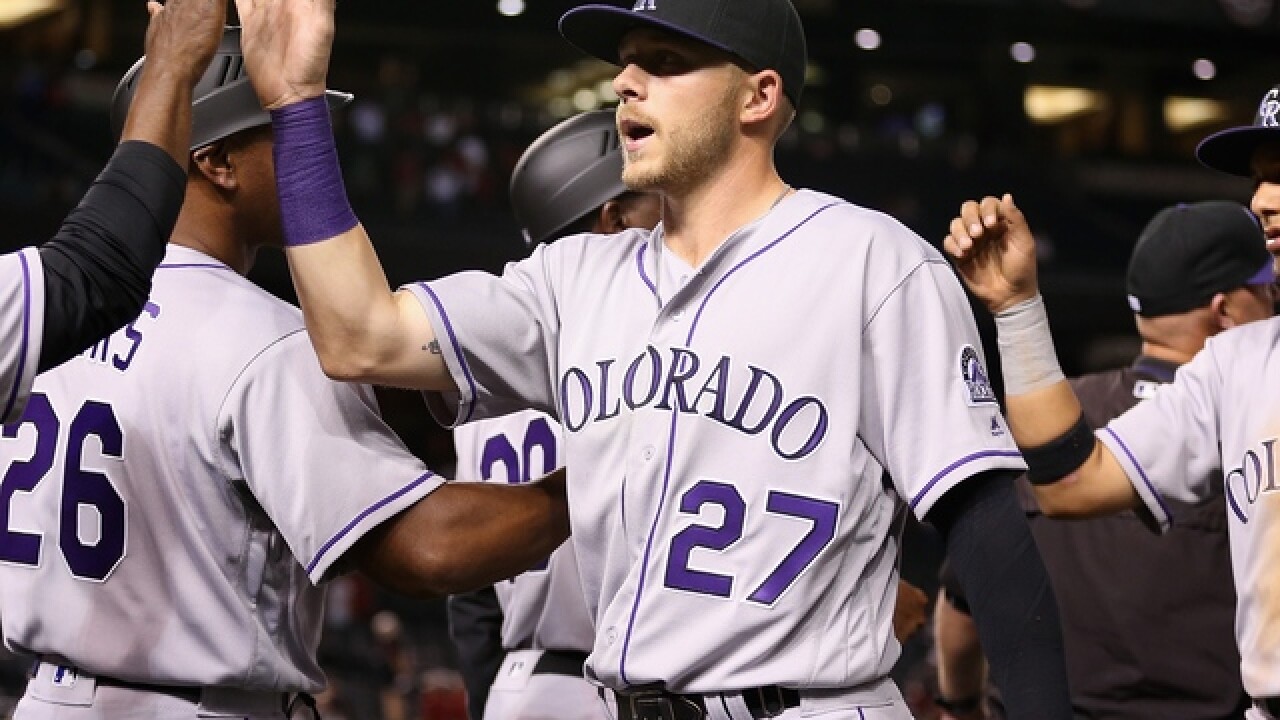 With this blast, @Tstory2 becomes the FIRST player in history to homer in each of his 1st 3 @MLB games. pic.twitter.com/iMXqVeINXz

It also was the fourth home run in the first three games of Story's big-league career, something no player has done in modern baseball history (since 1900).

Is this even real life?@Tstory2 has hit 4 home runs in his first 3 @MLB games! Incredible. #StoryTime pic.twitter.com/29jl8X5Dl2

He hit another homer on Tuesday night off of Arizona's Shelby Miller.

This report was written by our partners at The Denver Post.