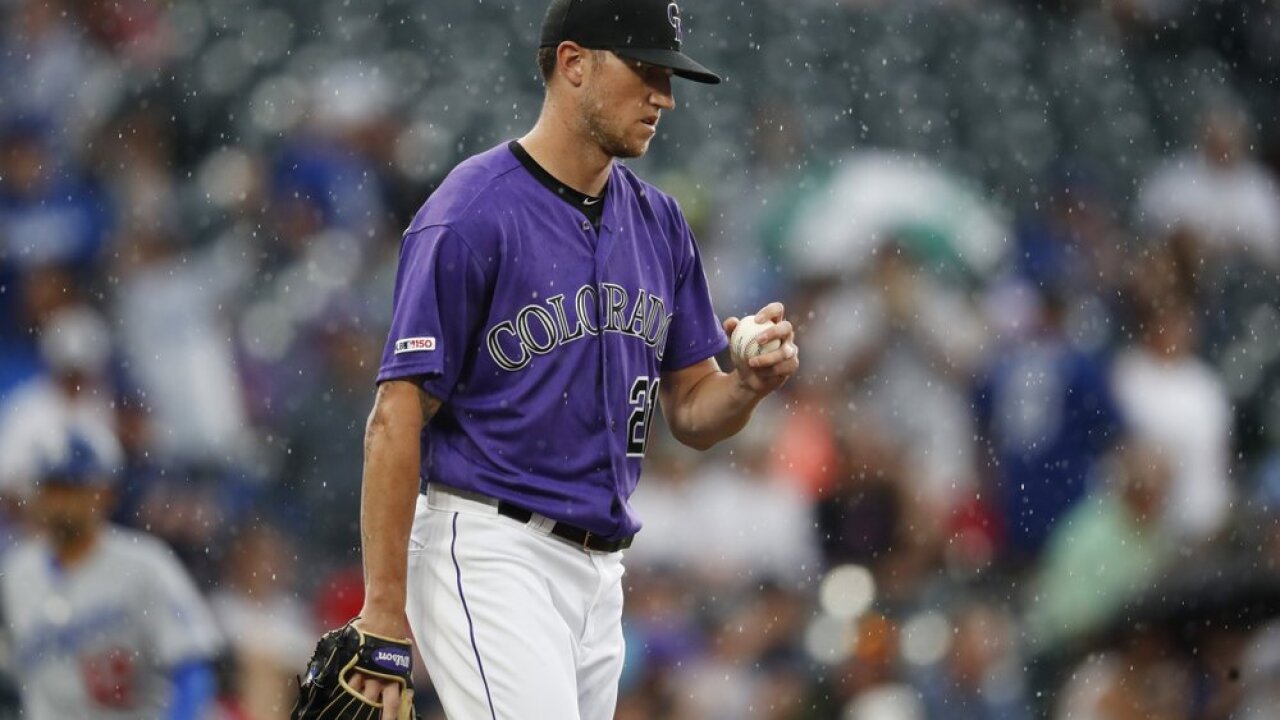 DENVER (AP) — Kristopher Negron homered in his first at-bat with Los Angeles, one of four connections by the Dodgers in a 9-4 win over the Colorado Rockies on Tuesday night.

A.J. Pollock, Russell Martin and Justin Turner also went deep for Los Angeles. The Dodgers became the first team in the majors to reach 70 wins and increased their lead in the NL West to 15 games over San Francisco.

Rockies starter Kyle Freeland struggled again. The left-hander, who was fourth in NL Cy Young Award voting last season after winning 17 games, is 2-9 with a 7.48 ERA. He set a club record with a 2.84 ERA in 2018.

Pollock led off the game with a homer as part of a three-run first inning. Negron, who was acquired from Seattle on Sunday, hit his first home run of the season leading off the second, and Martin hit Freeland’s next pitch into the Colorado bullpen.

Tyler White gave Los Angeles a 7-0 lead with a two-run single in the third and Turner’s two-run homer off Chad Bettis in the fourth made it 9-3.

Colorado scored three runs in the third on RBI doubles by Nolan Arenado and Ian Desmond and a run-scoring single by Daniel Murphy.

Casey Sadler (1-0) tossed 2 1/3 innings in relief of Julio Urias to get the win. Rookie Tony Gonsolin pitched the last four innings for his first save after being called up from Triple-A.

Rockies: OF Charlie Blackmon (back tightness) was out of the lineup for the third straight game. Blackmon hurt himself working out in Cincinnati on Saturday night and pinch-hit Sunday.

Dodgers LHP Hyun-Jin Ryu (11-2, 1.74) faces Rockies RHP German Marquez (10-5, 4.88) to wrap up the three-game series. Ryu has allowed just four runs over his last four starts while Marquez has won his last two outings after giving up 11 runs in 2 2/3 innings against San Francisco.