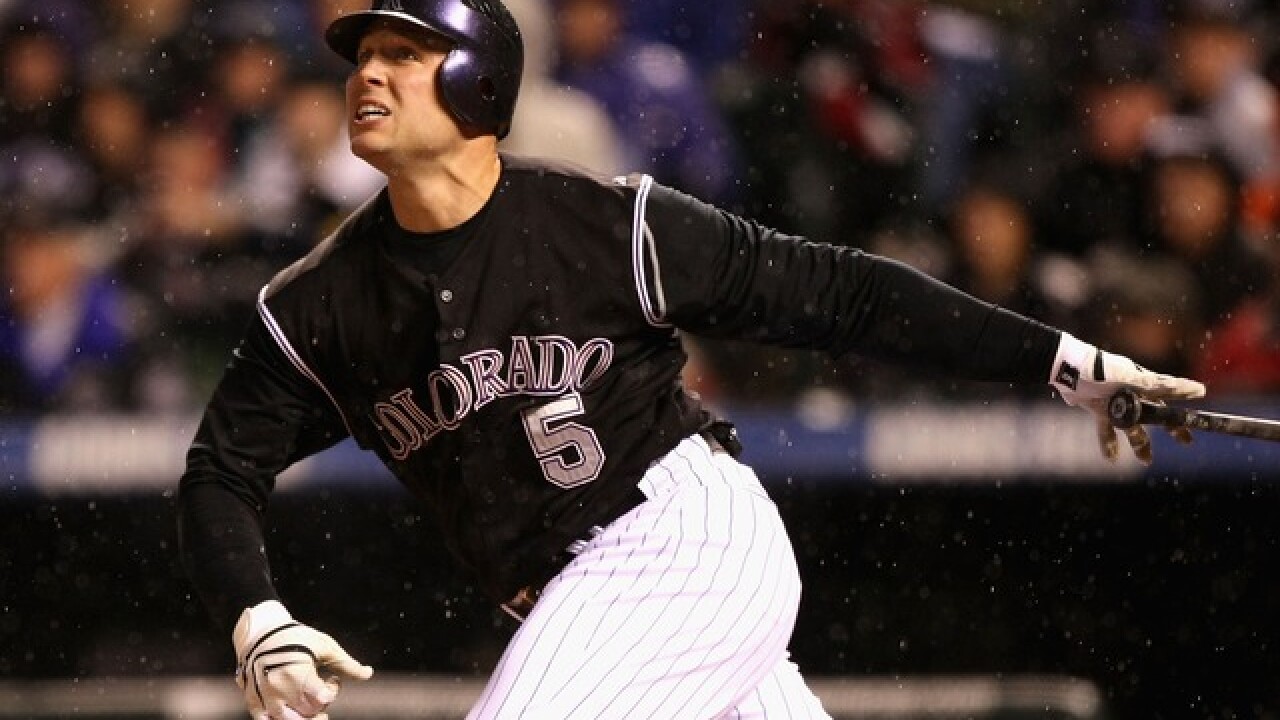 DENVER – Matt Holliday will be called up to the Rockies Thursday from Triple-A Albuquerque and will make his first start in a Rockies uniform in nearly 10 years Thursday.

The Rockies signed the 38-year-old Holliday in July and sent him to Rookie affiliate Grand Junction. He was then moved up to the Triple-A Albuquerque Isotopes. Holliday has hit .345 with 3 home runs and 15 RBI in 16 games between the two teams.

The team officially announced it had purchased Holliday's contract in a tweet Thursday morning. He will wear No. 7 this time around, as his former No. 5 is donned by Carlos Gonzalez.

OFFICIAL: The Colorado Rockies have selected the contract of OF Matt Holliday.

Holliday will wear No. 7. pic.twitter.com/zpbgKxgMvR

The team said it optioned infielder Garrett Hampson back to Albuquerque after calling up Holliday.

Holliday started his career with the Rockies and was one of the team’s key players for his five years with the team. He helped lead the team to the World Series in 2007 and finished second in NL MVP voting that year after hitting .340 with 36 home runs and 137 RBI.

The Rockies traded Holliday to the Oakland A’s after the 2008 season. He was traded to the St. Louis Cardinals the next year and helped the team win the World Series in 2011.

He said earlier this summer when the Rockies signed him that the team’s push to the playoffs was a major factor in his decision.

“That’s one of the main things that got me going, how they’re playing and potentially go into a postseason and make another run at a World Series,” he said at the time.

#Rockies Matt Holliday showed trademark power in his minor-league tune up. He can help as periodic starter, and as pinch-hitter off bench vs. lefties. Rockies bench has been a weak spot all season. #Denver7

As of Thursday morning, the Rockies sat 1 ½ games back of the Arizona Diamondbacks in the NL West and were a half-game back of the Milwaukee Brewers in the NL Wild Card race.

The Rockies' Thursday game against the San Diego Padres is set for a 1:10 p.m. first pitch at Coors Field.