Brewers turn to Woodruff to open bullpen day vs Colorado 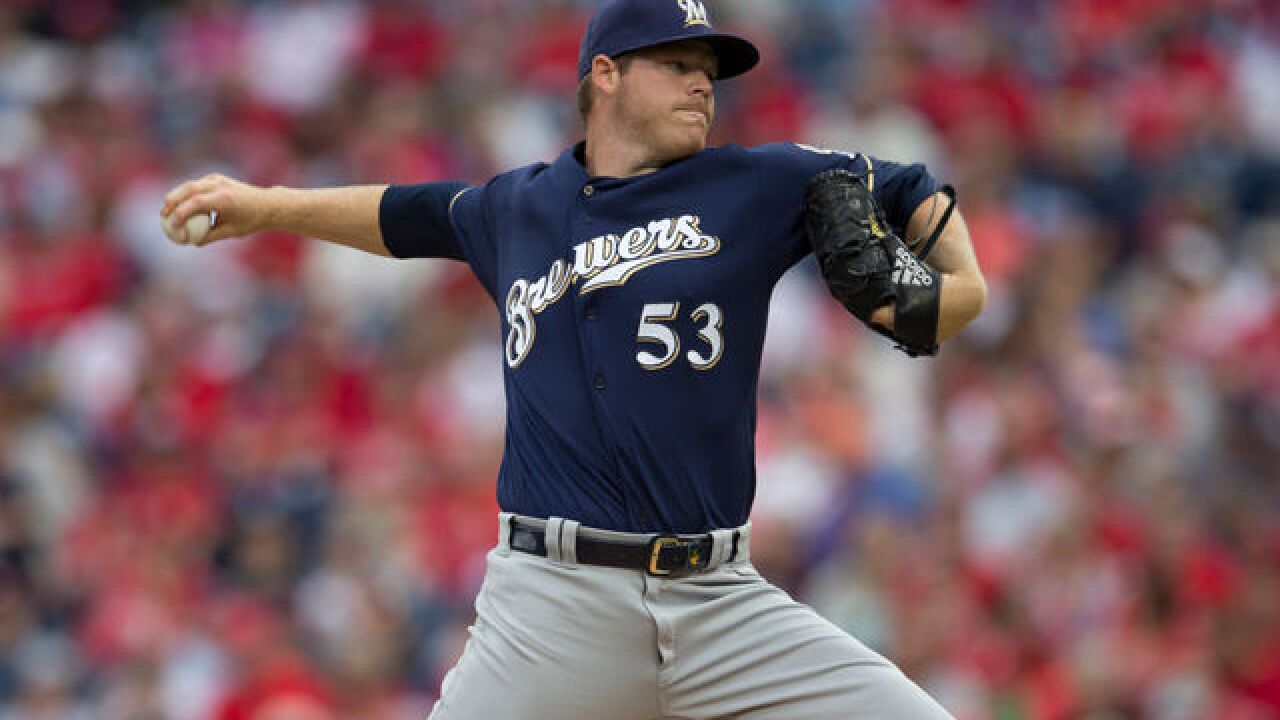 2018 Getty Images
Mitchell Leff
<p>PHILADELPHIA, PA - JUNE 10: Brandon Woodruff #53 of the Milwaukee Brewers throws a pitch in the bottom of the first inning against the Philadelphia Phillies at Citizens Bank Park on June 10, 2018 in Philadelphia, Pennsylvania. (Photo by Mitchell Leff/Getty Images)</p>

MILWAUKEE (AP) — Young right-hander Brandon Woodruff not only made the Milwaukee Brewers' playoff roster, but he's starting Game 1 of the National League Division Series against the Colorado Rockies.

The Brewers' playoff roster announced before the Game 1 on Thursday features an 11-man pitching staff that includes rookie right-handers Corbin Burnes and Freddy Peralta. Like Woodruff, they are promising starters who have been pitching out of the bullpen.

Woodruff leads off what manager Craig Counsell called bullpen day on Thursday against the Rockies, who are starting right-hander Antonio Senzatela (6-6, 4.38 ERA).

One of Woodruff's four starts came at Colorado, when he allowed seven runs on nine hits in three innings on May 11. The Brewers still won 11-10.

Left-handers Wade Miley and Gio Gonzalez are the other starters on the Brewers' roster. Miley (5-2, 2.57) has pitched well in the second half, while Gonzalez is 3-0 with a 2.13 ERA in five starts after being acquired from the Washington Nationals.

Outfielder Keon Broxton is on the NLDS roster to give Counsell a pinch runner and late-inning defensive replacement off a bench that includes right-handed slugger Domingo Santana and left-handed veteran Curtis Granderson.

Among those left off the roster were left-handed power hitter Eric Thames, who came off the bench in September. He initially split playing time with Jesus Aguilar at first base before getting hurt in April. Aguilar went on to have a breakout season, making the All-Star team and hitting 35 homers.

Right-handed starter Zach Davies was also left off the roster. He was 2-7 with a 4.77 ERA but pitched better in September after returning from injury.