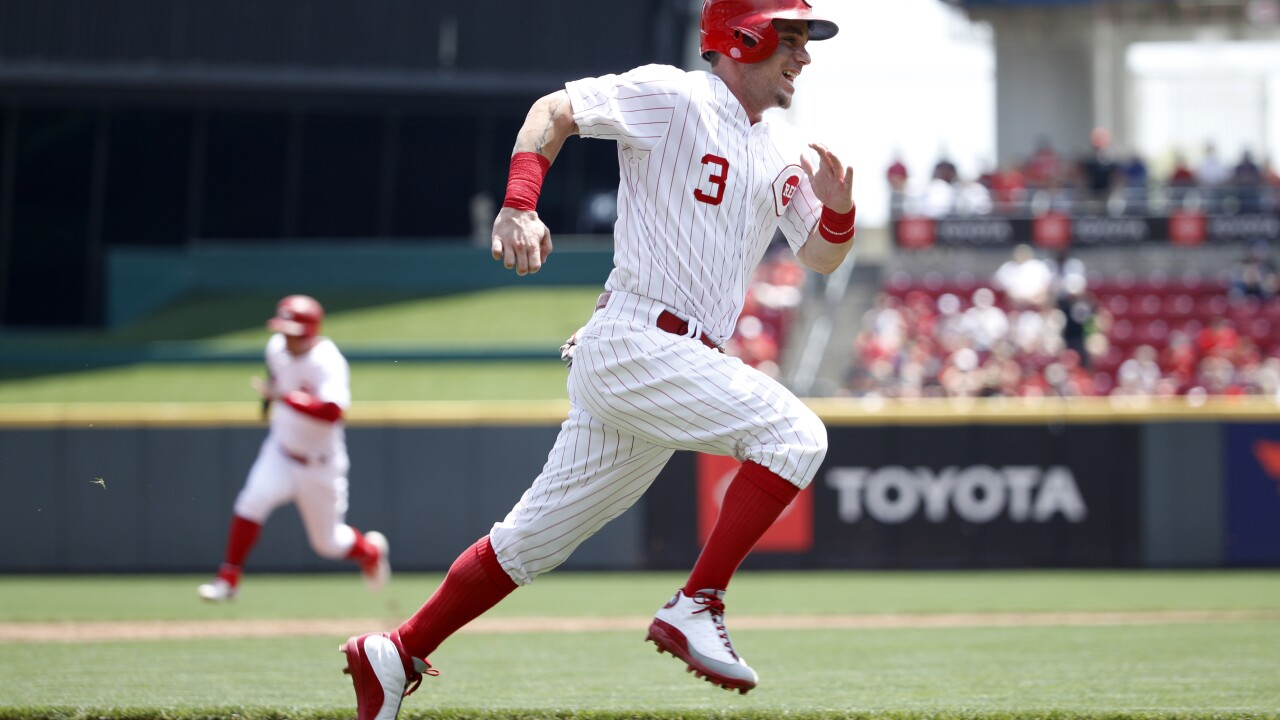 CINCINNATI (AP) — Tucker Barnhart is making up for lost time.

The Cincinnati catcher hit a tiebreaking single in the sixth inning and the Reds beat the Colorado Rockies 3-2 on Sunday.

Barnhart improved to 4 for 5 in two games since returning on Friday after missing 22 games with a right oblique strain. He drove in Josh VanMeter from second base with a grounder up the middle off Jake McGee (0-2) and celebrated by clapping his hands twice as he rounded first base.

“Getting away helped me watch the game and learn,” Barnhart said. “I want to keep this going. It feels really good to contribute after being away for a long time. I don’t ever want to get injured, but I learned a lot by watching different hitters.”

The Reds bullpen pitched a combined 8 1-3 scoreless innings while Cincinnati was winning the last two games of the three-game series.

The Rockies went 1 for 13 with runners in scoring position on Sunday and a combined 1 for 20 in their last two games while finishing their season-high 10-game road trip with three wins.

“We’ve got to get the big hits,” manager Bud Black. “We’re getting guys out there. We had a number of opportunities with two outs. We had guys in scoring position. We just couldn’t get the big hit.”

Yonder Alonso hit a two-run homer, his first for Colorado after being promoted on July 23 from Triple-A Albuquerque, to make it 2-all in the fifth.

“These were hard-fought, grinding games where every pitch mattered,” said Alonso, Cincinnati’s 2008 No. 1 draft pick. “We just fell a little short.”

Alonso was the last batter faced by left-hander Alex Wood, who lasted 4 2-3 innings in his first start for Cincinnati after spending the season on the injured list with lower back problems. Wood, acquired with outfielders Matt Kemp and Yasiel Puig from the Dodgers in December, allowed seven hits and two runs with one walk and four strikeouts in an 80-pitch effort.

“I’ve been around these guys a lot and they all welcomed me, but there is a big difference being able to contribute,” Wood said.

“It was great to see him out there healthy,” manager David Bell said. “He had reached his last batter, anyway. Alonso was going to be his last hitter. He wanted to stay in. I decided to stick with the decision because it was his first time back. The home run doesn’t take away from what he did.”

Consecutive one-out singles by Josh VanMeter, Scooter Gennett, José Iglesias and Barnhart off Peter Lambert added up to a 2-0 Reds lead in the second. The Reds had six hits and two runs with one walk and four strikeouts in Lambert’s five innings.

Reds 2B Scooter Gennett drifted into right field to make an over-the-shoulder catch of Nolan Arenado’s seventh-inning popup and narrowly avoided a collision with Puig, ending up with his arms around Puig’s neck and being twirled clockwise for a turn.

Reds CF Nick Senzel was ejected by plate umpire Bill Miller for arguing balls and strikes after striking out to end the fourth inning.

As part of the franchise’s celebration of the 150th anniversary of baseball’s first all-professional team, the Reds wore replicas of their 1967 uniforms, the 10th in a series of 15 throwback outfits the team is wearing this season.

Rockies: Nick Senzel banged Rockies C Chris Iannetta on the left side of his helmet with the backswing on strike three in the fourth inning. Senzel quickly turned to check on Iannetta, who stayed in the game.

Reds: RHP Sonny Gray (5-6) allowed five hits and one run with two walks and seven strikeouts in his last start against Pittsburgh on May 27. The Reds won 8-1.