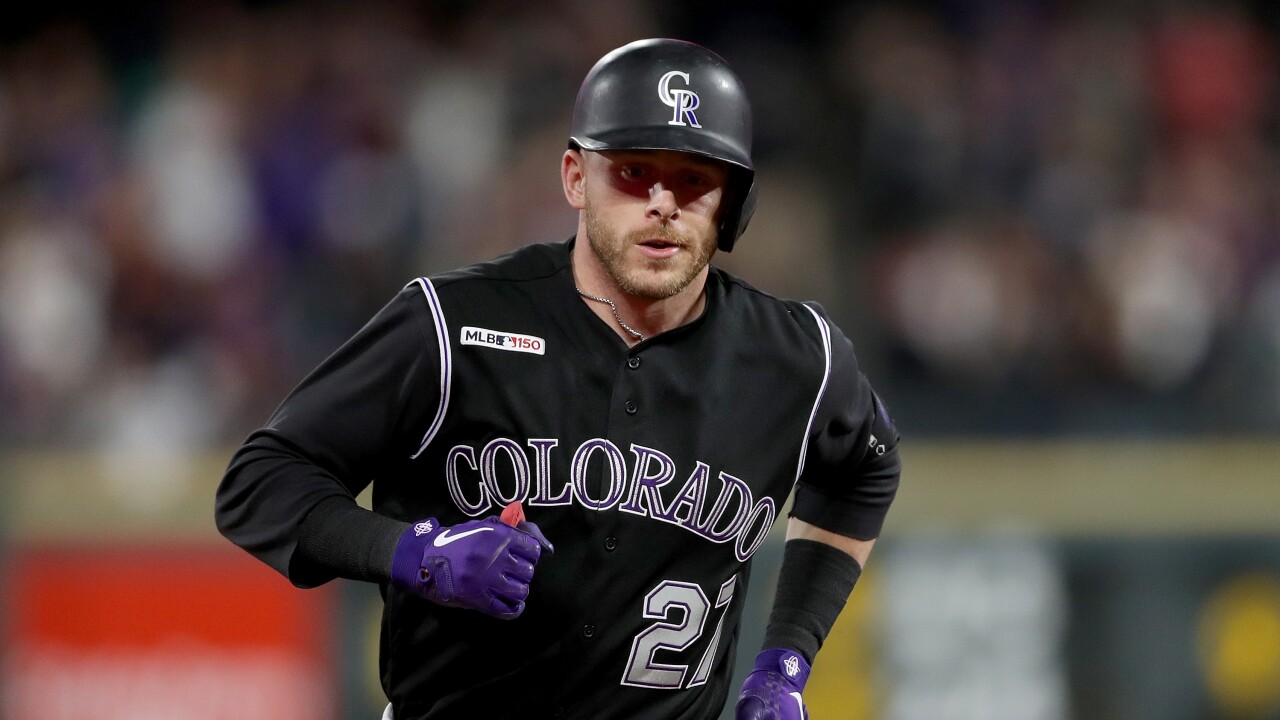 DENVER — The Rockies game Thursday against the Arizona Diamondbacks was postponed amid calls for social justice following the Jacob Blake shooting.

Rockies players confirmed to Denver7's Troy Renck that Thursday night's game was postponed, with players leaving the field at the time first pitch had been scheduled for. Several other teams have also opted not to play on Thursday.

“After reflecting and meeting as a group, Rockies players have decided not to play today’s game against the Arizona Diamondbacks, standing in solidarity with athletes and sports teams against social injustice,” the Rockies tweeted.

After reflecting and meeting as a group, Rockies players have decided not to play today’s game against the Arizona Diamondbacks, standing in solidarity with athletes and sports teams against social injustice.

"We stand with our brothers at the @Rockies," the Diamondbacks tweeted.

“Our players were prepared to play today’s game against the Colorado Rockies. After team meetings regarding plans to voice their support of social justice and equality, the decision was made to wear our black jerseys and make donations to causes that defend that mission. The Rockies then notified us of their decision to not play in the contest. We are confident the execution of our plan would have represented our support of complete and total equity, while providing impact and driving awareness of this ongoing organizational priority.”

The Rockies and Diamondbacks played Wednesday night, after the NBA playoffs and two other MLB games were put on hold, though Colorado outfielder Matt Kemp chose not to play.

Thursday brought even more attention on social injustices from across the sports world, with the NBA delaying games for a second day, the National Hockey League postponing Stanley Cup playoff games and other MLB teams joining the Rockies and Diamondbacks in postponing their matchups. The Denver Broncos also canceled practice Thursday.