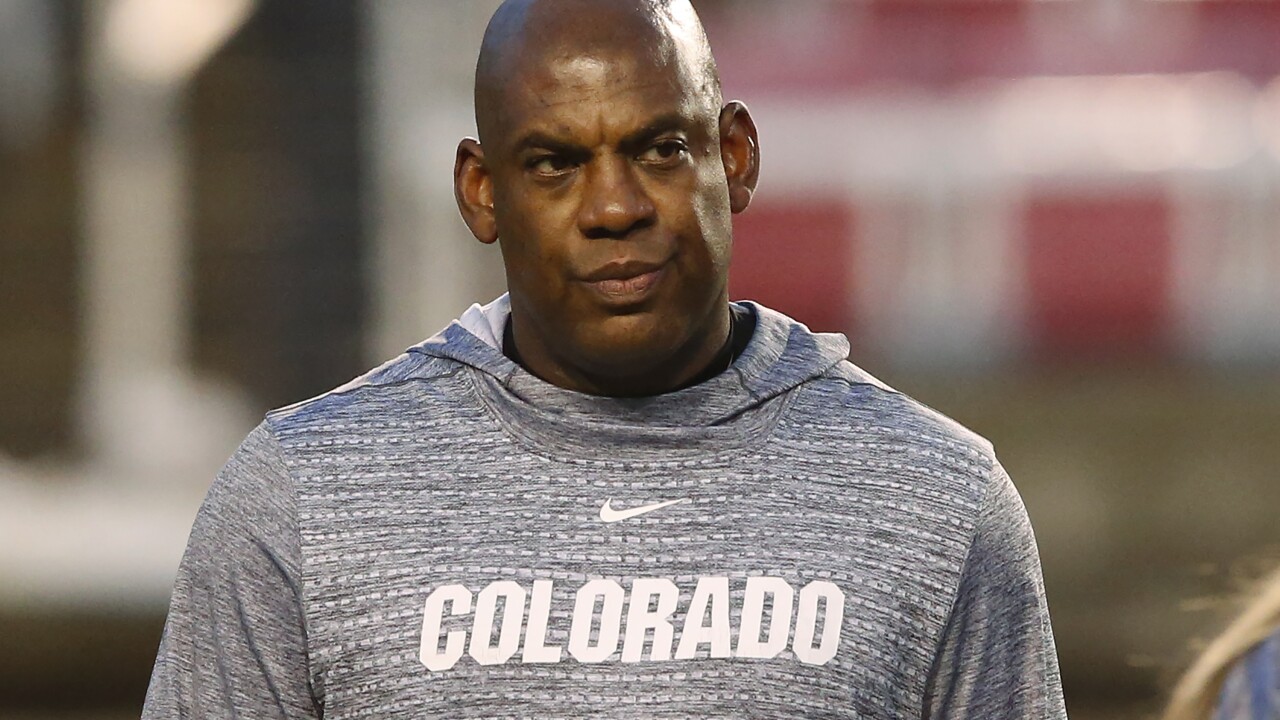 (Copyright 2020 The Associated Press. All rights reserved. This material may not be published, broadcast, rewritten or redistributed.)
Rick Bowmer/AP
FILE - In this Nov. 30, 2019, file photo, Colorado head coach Mel Tucker looks on before the start of their NCAA college football game against Utah, in Salt Lake City. A person familiar with the decision says Colorado coach Mel Tucker has agreed to lead Michigan State's football program. The person spoke Wednesday morning, Feb. 12, 2020, to The Associated Press on condition of anonymity because the hiring had not been announced. (AP Photo/Rick Bowmer, File) 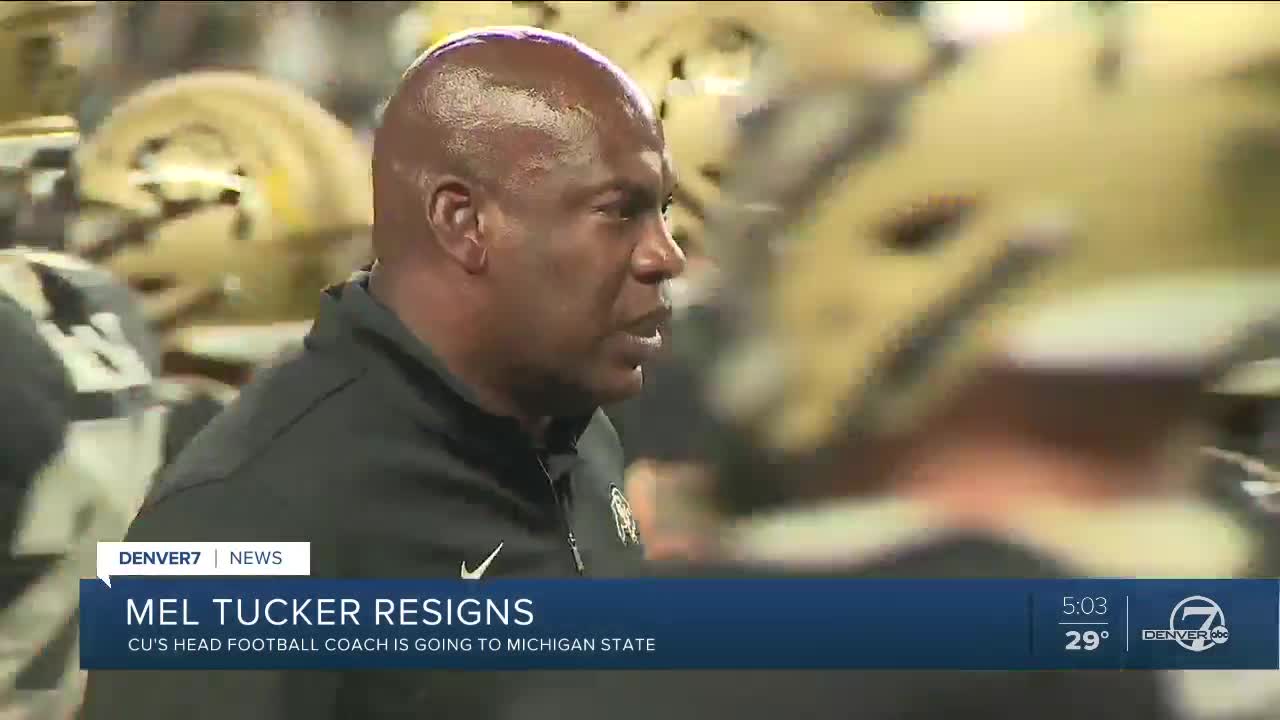 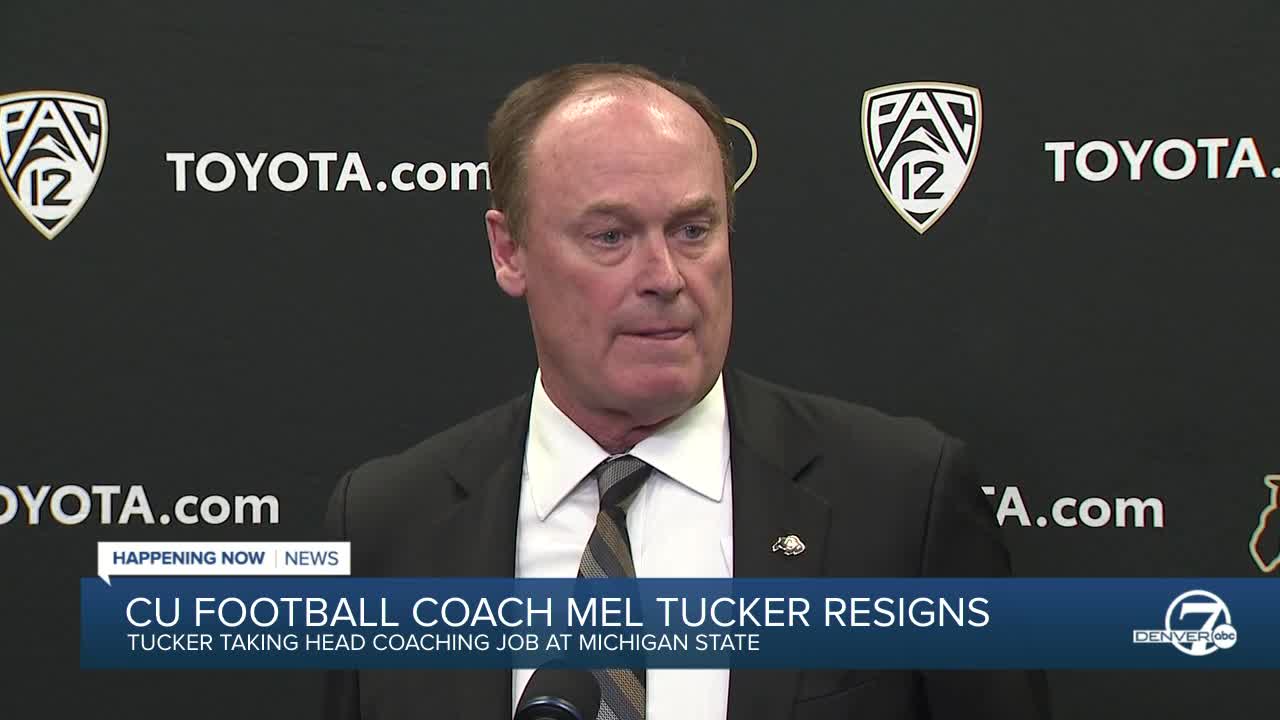 BOULDER, Colo. — Mel Tucker resigned Wednesday as head football coach at the University of Colorado Boulder and announced he would be the new head coach at Michigan State University just 14 months after he took the Buffs job in Boulder.

“We are disappointed to see Coach Tucker leave,” George said in a statement. “We are excited about the upward trajectory of our football program and we’ll get to work immediately hiring the next head coach to build on our momentum and lead our young men. We’re confident this program is on the verge of competing at the highest level and has the resources and support in place to do so for a long time.”

Tucker’s departure came just days after he – in the midst of rumors that he was being considered for the job in East Lansing – tweeted that he was “committed” to the CU program.

Sources tell Denver7’s Troy Renck that CU was aware of Michigan State’s interest in Tucker last Thursday. MSU got back with Tucker after his Saturday statement, sources said, and CU was prepared to make a counter-offer to Tucker after Michigan State circled back but Tucker and his team had already moved on.

A source told ESPN – which was second to report the news behind The Athletic on Tuesday night – that Michigan State would double Tucker's $2.7 million salary at CU, and offered more resources than just money.

And Denver7's Troy Renck confirmed that Tucker went to CU Wednesday to try to address the team before his departure but was told he could not.

Tucker went 5-7 in his first and only season at CU but this year’s recruiting class was ranked No. 35 by ESPN.

George said at a news conference late Wednesday morning that he was “disappointed” to see Tucker leave but said it was Tucker’s prerogative to do “what’s best for he and his family.”

“My focus is moving forward with this program and where we’re headed,” George said.

George had no timeline on a permanent replacement. But he said whoever that may be should share the same values as him – that the team can win a championship with the resources it has.

George says he has confidence in where the program is headed after Tucker’s 14 months on the job but said he was putting pressure on himself to make the right choice in a next head coach – a position he called “an incredible job and opportunity.”

He said that he believed Tucker was committed to CU after their discussions on Saturday and that he had no ill feelings toward Tucker despite finding out late Tuesday night about the coach’s move.

“I certainly have a lot of respect for Mel. He’s a good man. I don’t have anything negative to say about our relationship,” George said. “He made a decision I don’t personally like, but I respect it, and it’s time to move on.”

He said that players and coaches were “somber” about the news and that he reiterated that the program still had “an incredible opportunity to do some significant things” if they stick together. And as to the new recruiting class, he said those players and their families should have confidence he would hire an “incredible” coach.

“I want somebody that wants to be here,” George said.

Tucker is expected to be formally introduced as the next Spartans head coach on Wednesday afternoon, but the university confirmed he was the new hire in a tweet shortly before George’s news conference got underway.