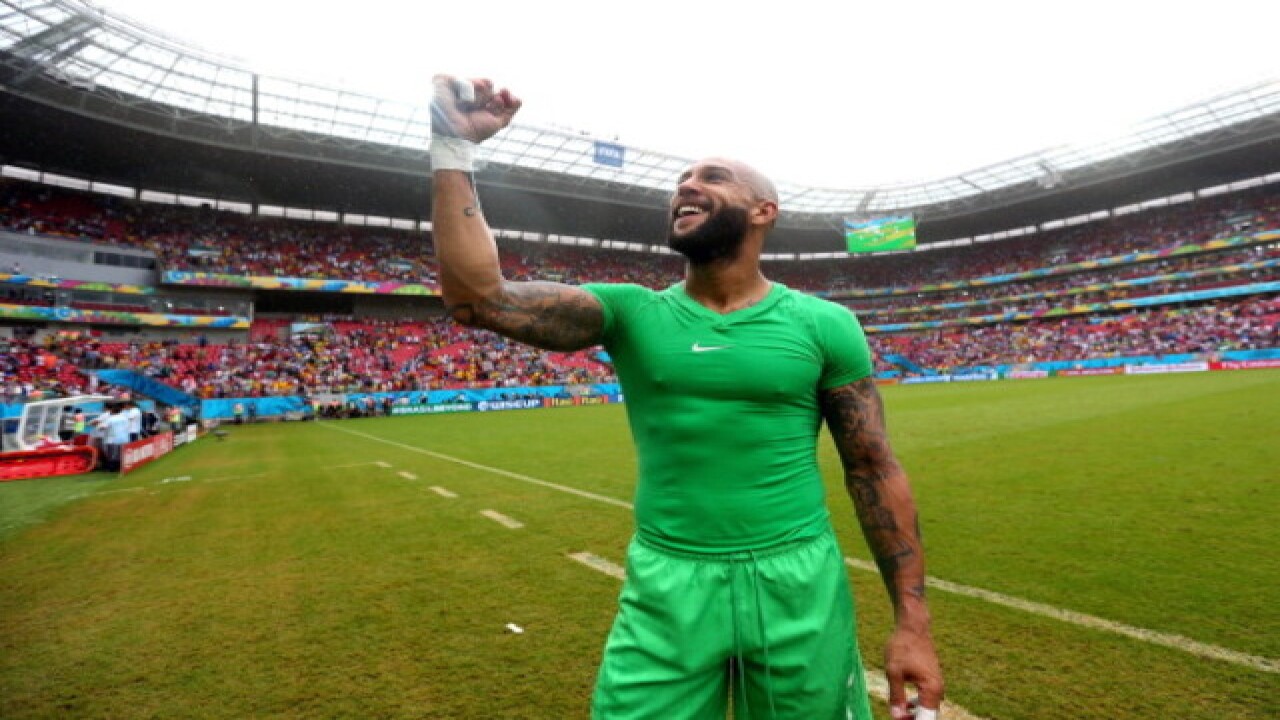 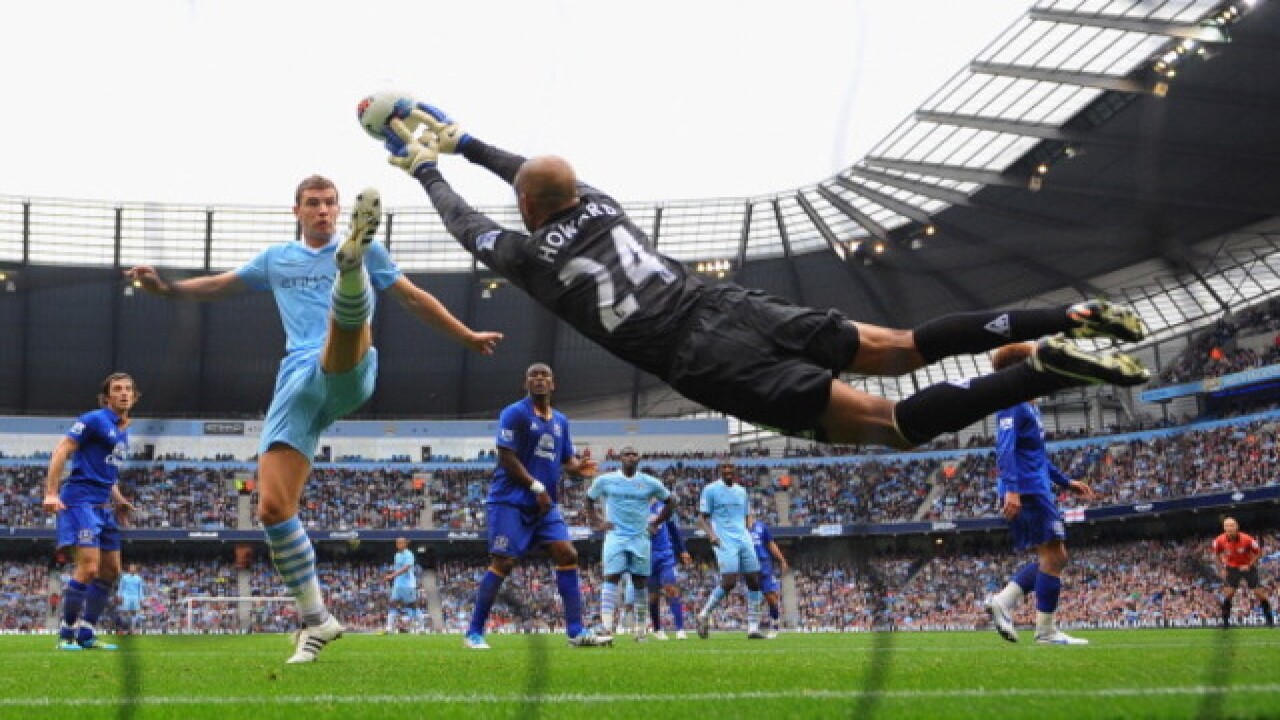 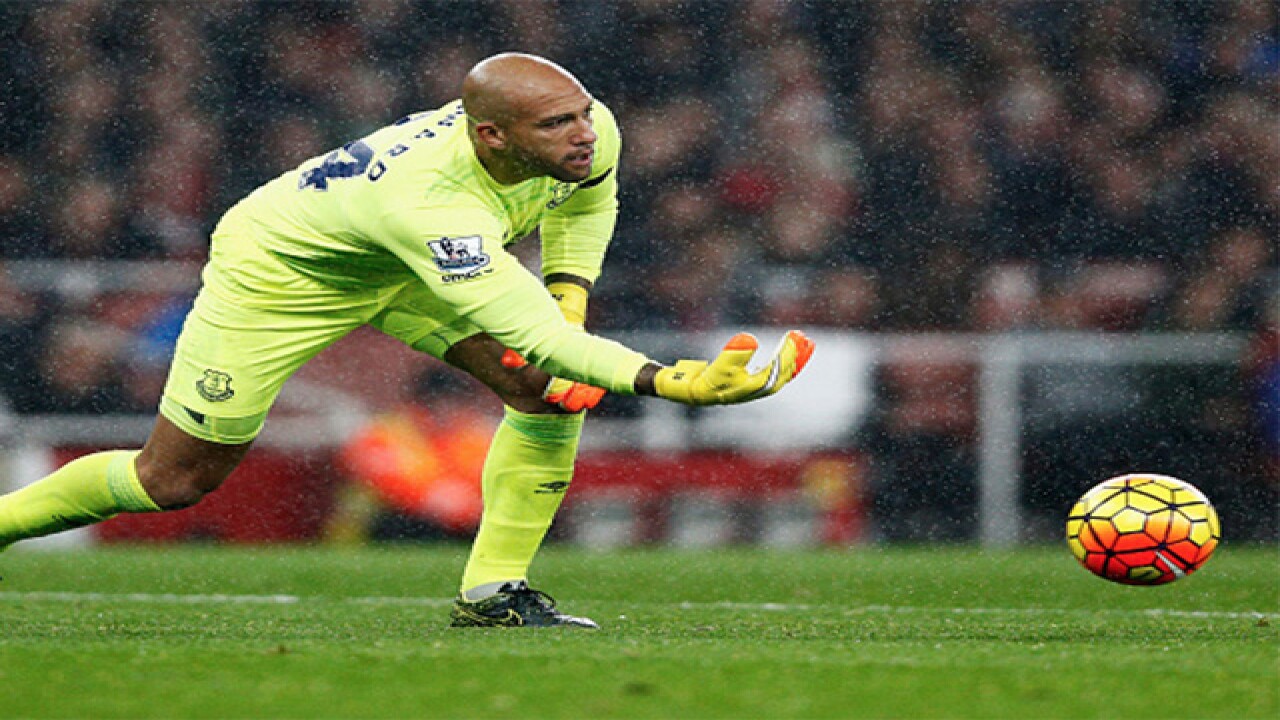 After 13 years in the English Premier League, Goalkeeper Tim Howard is coming home...to the United States.

The U.S. International goalkeeper will leave Everton after about 10 years with the club. Howard moved to Everton in 2006 initially on a loan then a permanent deal was struck in 2007. So far he's been in over 400 games with the Liverpool based organization. In 2009, he set the club record for most games without allowing a goal.

"Tim is one of the greatest players this country has ever produced and we are delighted that he chose the Colorado Rapids when he decided to rejoin MLS," said Tim Hinchey, Rapids Team President in a release sent by the Rapids. "We believe he can be an ambassador not only for our club but for the sport of soccer in the U.S. We are truly excited that Tim is apart of our future."

Howard won't be able to be added to the clubs roster until the secondary transfer window on July 4th, pending receipt of his International transfer ticket. Rapids were able to make this deal after the club secured the top spot in the Allocation Ranking Order in a trade with the Chicago Fire back on January 14th.

According to an ESPN FC report, Howard's transfer cost the Rapids $600,000 and he'll be due to make an average sallary of $2.5-$2.8 million per year. That will make him the highest paid goalie in the MLS on a deal that will run through 2019.

Howard began his career in the MLS in 1998 with the MetroStars -- now New York Red Bulls, last playing in the league in 2003 before moving to Manchester United.

He told ESPN FC "I didn't expect to play beyond the age of 40, but it looks like that's going to happen, and you know what, my body feels great, it really does."

Rapids are in Washington, D.C to play DC United where Howard will be in attendance.

Even MLS soccer is excited to have Howard in the league, creating this video: