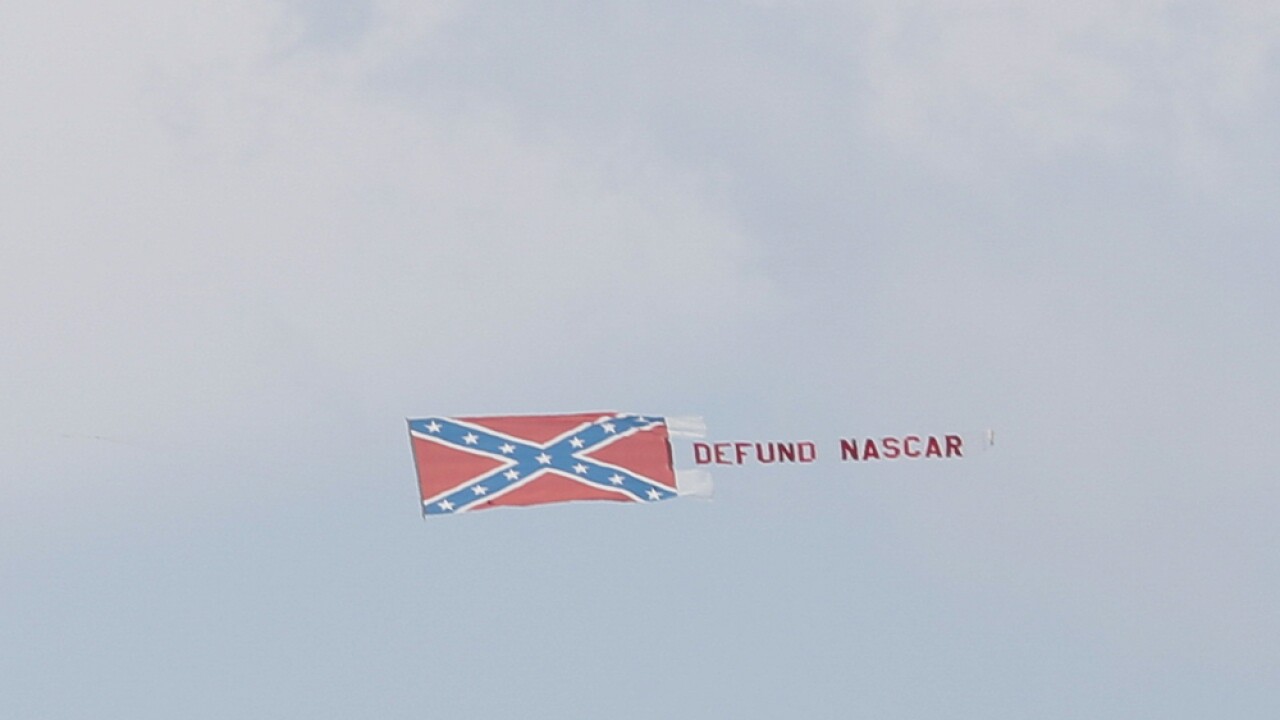 A plane dragging the Confederate flag was seen circling Bristol Motor Speedway prior to the NASCAR All-Star race Wednesday night.

Videos shared to Twitter and other social media sites show the plane dragging the flag, along with the website for the Sons of Confederate Veterans.

NASCAR banned the Confederate flag from racetracks in June, following the death of George Floyd and resulting weekslong protests against police brutality and systemic racism.

The one flown at Talladega said “Defund NASCAR.” Here’s a video from Bristol’s Earnhardt Terrace. pic.twitter.com/Me4QlHVUld

According to USA Today, the banner is similar to one that was spotted above Talladega Superspeedway prior to a race earlier this year. That banner included the message "Defund NASCAR." The same race where driver Bubba Wallace. USA Today reports that the Sons of Confederate Veterans took credit for flying that banner as well.

The same weekend the Confederate flag flew at Talladega, driver Bubba Wallace found a noose attached to the door in his garage. An FBI investigation later determined that the noose had been there since October, but a NASCAR investigation found that no other garage pull down used a similar knot.