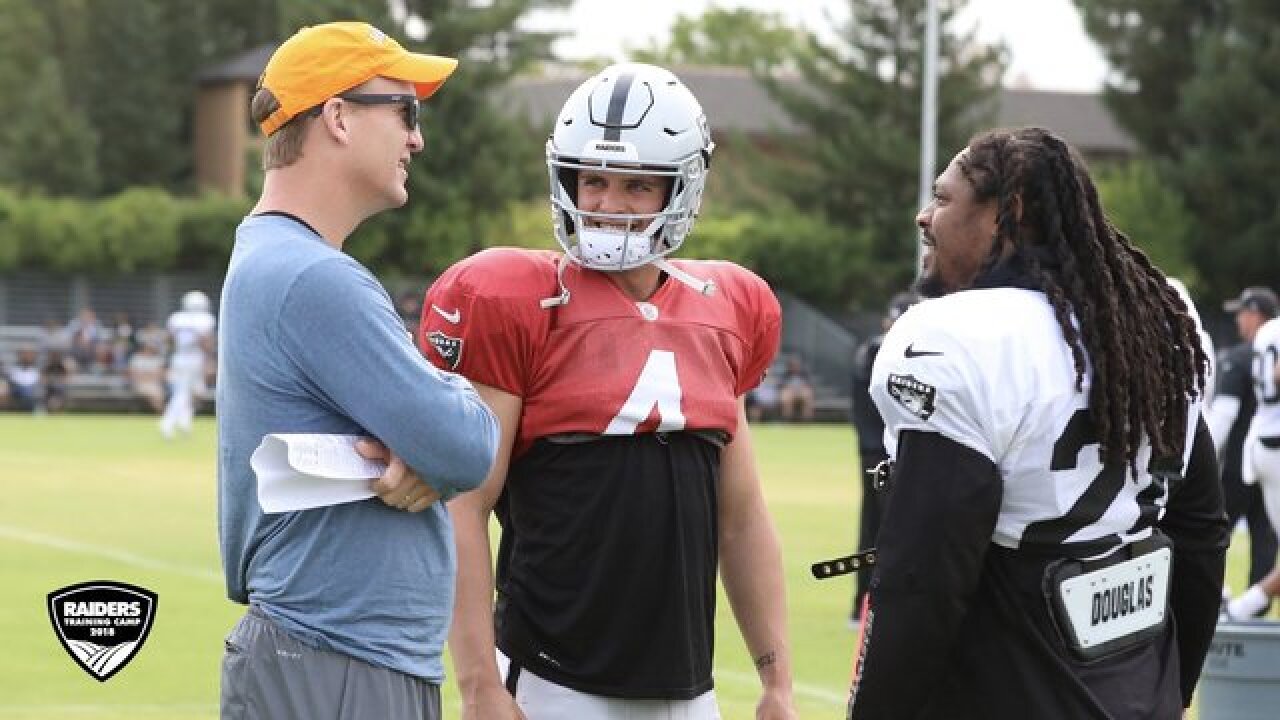 NAPA, Calif. (AP) — Charles Woodson took a break from overseeing his winery in the Napa Valley to visit the Oakland Raiders training camp Thursday. Peyton Manning was there, too, while in the midst of a speaking tour.

The two future Hall-of-Famers were all over the place, chatting with players and coaches and going over techniques as the Raiders went through their 2 1/2-hour workout.

Manning attended camp while in the Bay Area for a speaking engagement in San Francisco. He phoned Gruden to ask if he could come out to practice then spent the afternoon chatting with Derek Carr and quarterbacks coach Brian Callahan.

“Being a football junkie, Jon and I kind of speak the same language,” Manning said. “I know he’s happy. Good for football that he’s back in the game.”

Manning sat in during the quarterbacks meeting, watched film and offered his own tips.

Manning specifically spoke at length with Carr, Oakland’s veteran quarterback who is learning his third system in four years.

“I really like Derek,” Manning said. “He is very engaged and obviously trying to learn a new system, which is a challenge. But one thing about Jon Gruden is he loves football so everybody playing for him better love it too. When your QB loves it, and you can tell Carr does, it shows.”