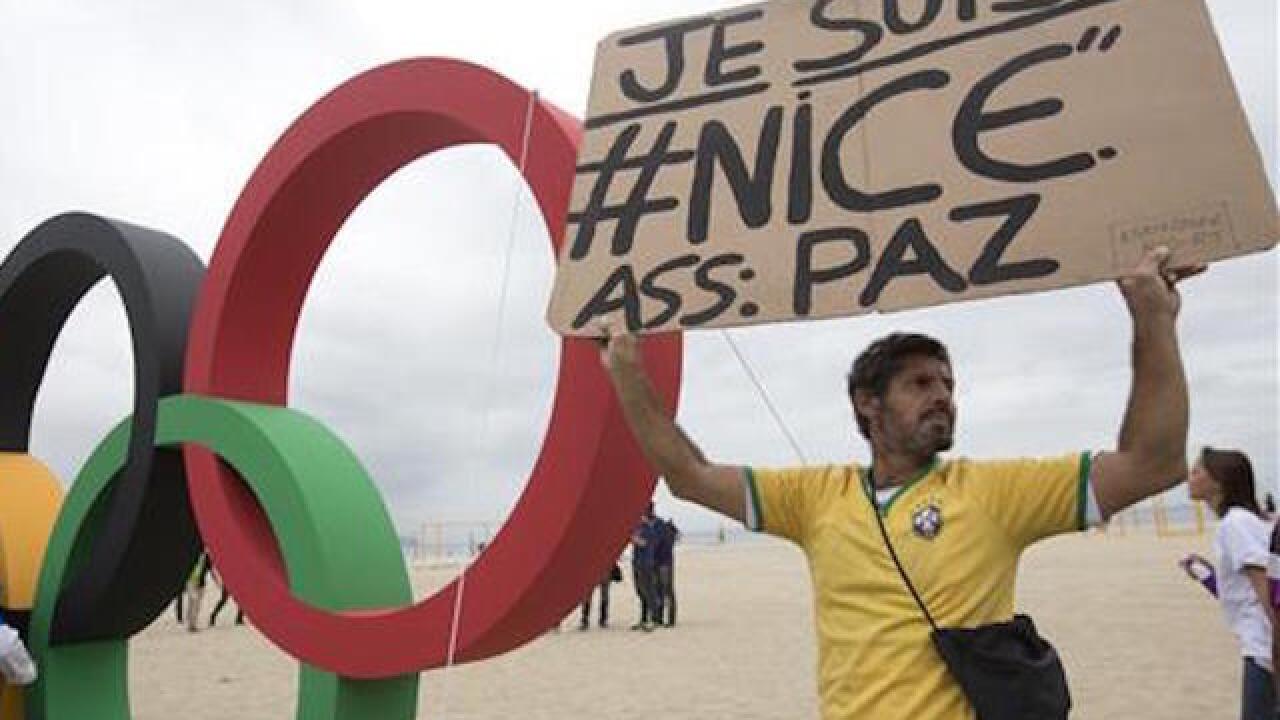 RIO DE JANEIRO (AP) — Police arrested the last suspect wanted so far in a case of Brazilian sympathizers of the Islamic State who allegedly discussed attacking the Olympic Games next month in Rio de Janeiro.

The Federal Police said in a statement late Sunday that the man was caught in the city of Comodoro, in the central west region of Brazil.

Authorities said he was taken to a federal prison but didn't reveal his name, citing security reasons. But family members confirmed the suspect was 32-year-old Leonid El Kadre de Melo, a mechanic from Mato Grosso state.

The anti-terror case was announced Thursday when 10 Brazilians were arrested in different Brazilian states, increasing worries over security ahead of the Aug. 5-21 Summer Games. Another man turned himself in on Friday.

Justice Minister Alexandre de Moraes said some of the men had pledged allegiance to IS without having any personal contact with members of the terrorist group abroad. The suspects didn't meet in person and communicated with each other via messaging apps WhatsApp and Telegram, he said.

The suspects are being held on two terrorism-related charges for at least 30 days.

The sister of the last suspect arrested, Zeina El Kadre de Melo, told The Associated Press that to her knowledge, her brother didn't use the popular apps because his cellphone was an old model with no internet connection. Both apps can also be used on PCs, but are more commonly used as mobile apps.

Melo said her brother has been falsely accused because of his Arabic name, of Lebanese origin, and his religion. He converted to Islam while he served a prison term for robbery and murder between 2002 and 2006.

"They are judging him because he is Muslim, with an Arabic name, and has a criminal record," she said. "But this is a tremendous surprise. There's no way that is true."

Moraes said the group would have little chance to mount an attack, describing the men as "amateurs" and "ill-prepared." The closest the group got to planning an attack was an alleged attempt via email to buy an AK-47 assault rifle in a store in Paraguay, he said. But Moraes said police were justified in acting fast in light of "lone wolf" attacks in the U.S. and Europe.

The Brazilians discussed using weapons and guerrilla tactics to potentially launch an attack during the Olympics, authorities said, but added that the men hadn't traveled to IS strongholds in Syria or Iraq or received any training. Police said they would not comment on the religious affiliations of the men.

Federal judge Marcos Josegrei da Silva, who is overseeing the investigation, told the newspaper O Globo over the weekend that there could be more people involved with the group.