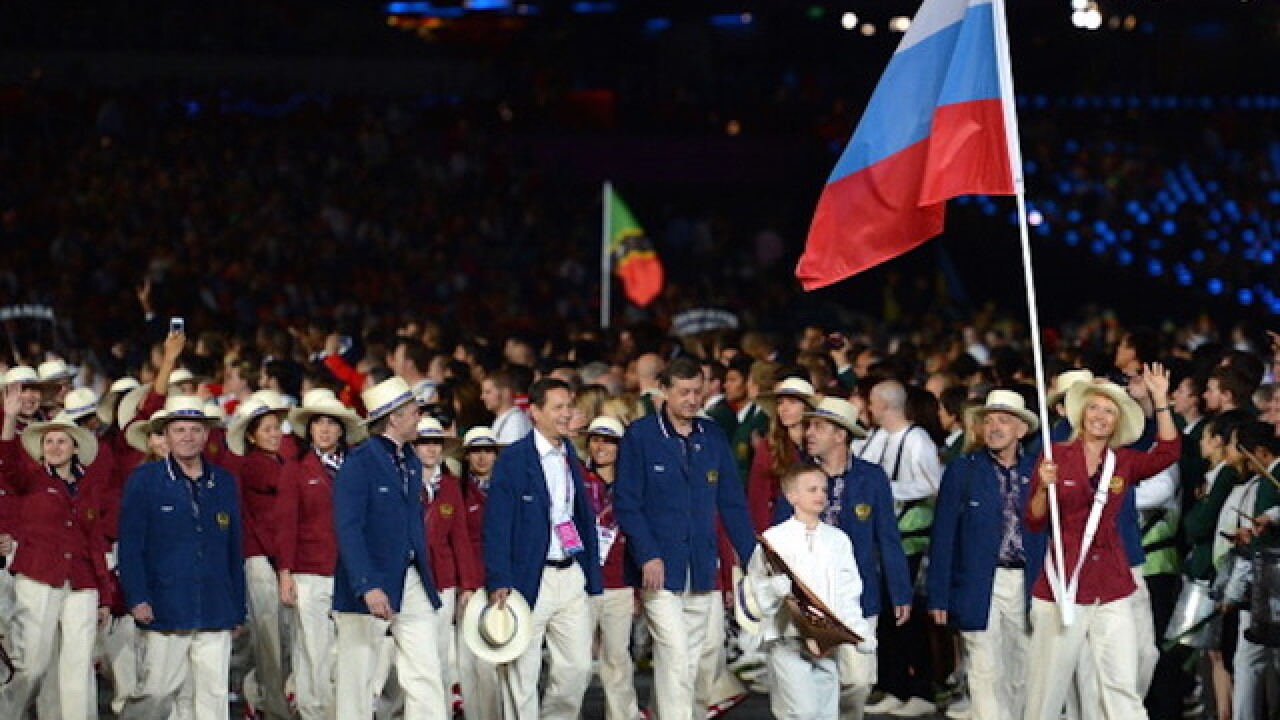 Lars Baron
<p>LONDON, ENGLAND - JULY 27: Maria Sharapova of the Russia Olympic tennis team carries her country's flag during the Opening Ceremony of the London 2012 Olympic Games at the Olympic Stadium on July 27, 2012 in London, England. (Photo by Lars Baron/Getty Images)</p>

The IWF said in a statement that all 11 athletes, six of whom were medalists, had been provisionally suspended until their cases are closed.

Four of the 11 are Russians, who all tested positive for dehydrochlormethyltestosterone, an anabolic steroid.

On Monday, the IWF said it had requested "further clarification" from the International Olympic Committee and the World Anti-Doping Agency before its decision on which Russian athletes can be cleared to compete in Rio.

After consultations on Sunday, the IOC stopped short of a blanket ban on Russian athletes at the Rio Games, following a WADA report that accused Russia of widespread doping and cover-up. Instead, Olympic selection was left to individual sporting federations, provided the athletes met certain criteria — which included a clean record in anti-doping tests.

The IOC stores Olympic doping samples for 10 years, allowing them to be reopened and reanalyzed when improved testing methods become available.

So far, 31 of the 98 doping positives discovered in the retests of samples from the 2008 Beijing Games and the 2012 London Olympics were weightlifters.