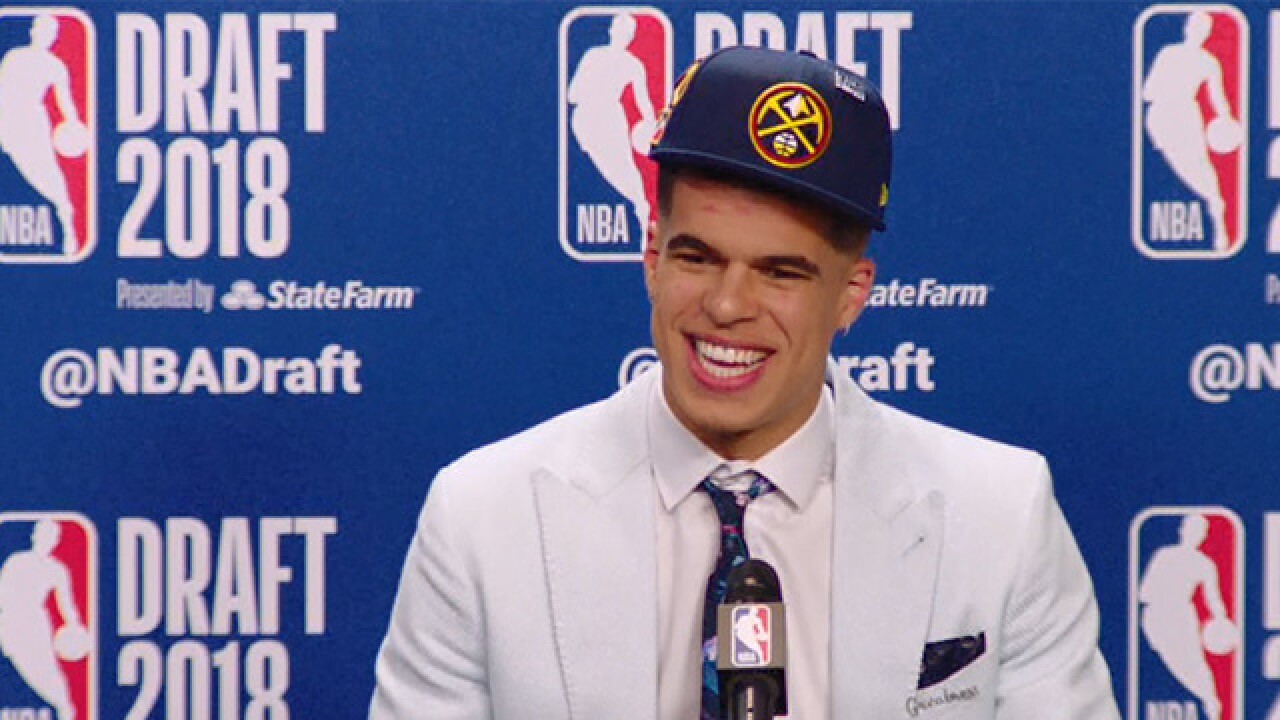 Porter Jr., 21, who missed his rookie year after undergoing back surgery, confirmed the knee injury to ESPN's The Undefeated, saying it happened during a team scrimmage. Porter Jr. will miss the Nuggets' Las Vegas Summer League but is expected to be back in time for training camp, The Undefeated reported.

Porter Jr. was a top prospect coming out of high school in Seattle in 2017, but a back injury limited him to only three games during his freshman season at Missouri. The Nuggets still selected him 14th overall in the NBA Draft last year, and despite the back surgery last summer, Porter Jr. was on track to play this upcoming season.

So here is why #Nuggets so intrigued by Michael Porter Jr. #Denver7 pic.twitter.com/rFZHqGgVP6