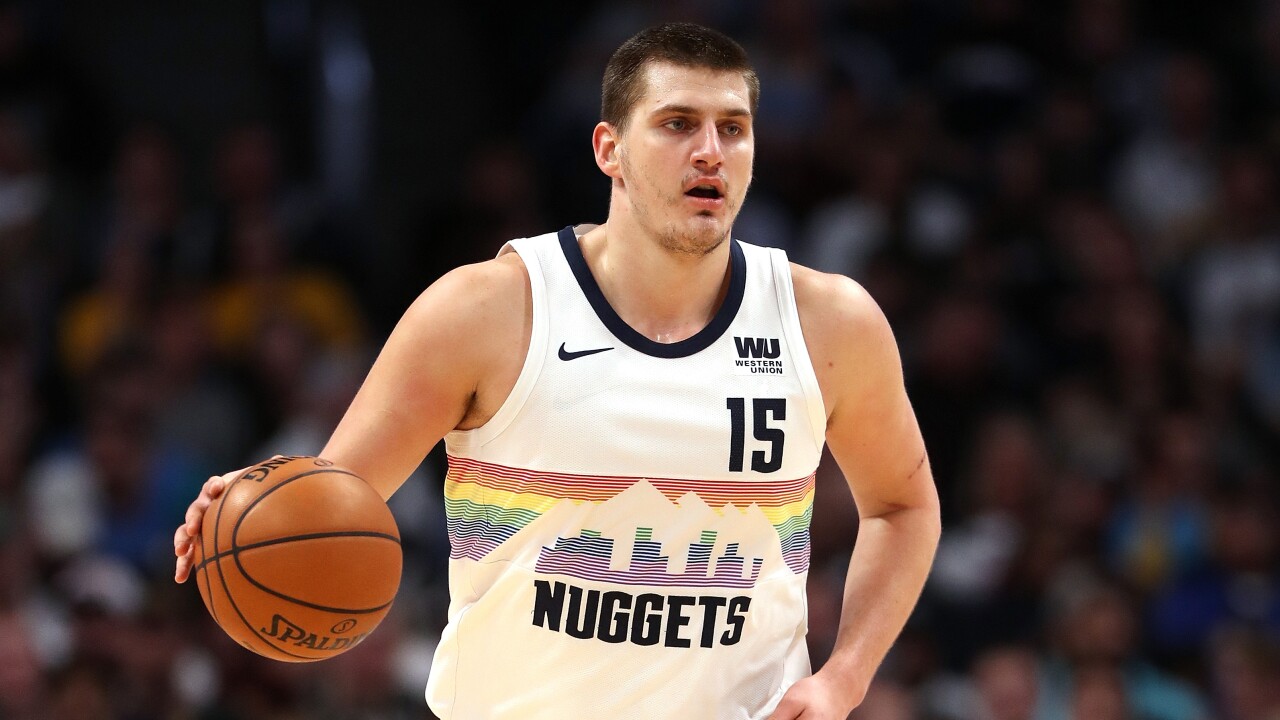 Matthew Stockman/Getty Images
DENVER, COLORADO - JANUARY 19: Nikola Jokic #15 of the Denver Nuggets plays the Cleveland Cavaliers at the Pepsi Center on January 19, 2019 in Denver, Colorado. NOTE TO USER: User expressly acknowledges and agrees that, by downloading and or using this photograph, User is consenting to the terms and conditions of the Getty Images License Agreement. (Photo by Matthew Stockman/Getty Images)

DENVER – Nuggets center Nikola Jokic on Thursday was named to the All-NBA First Team, becoming just the second player in franchise history to earn the honor.

Jokic, 24, had a career year for the Nuggets, who reached the Western Conference semifinals. He averaged 20.1 points, 10.8 rebounds and 7.3 assists per game, all career highs, and he set a franchise record with 56 double-doubles. In the playoffs, he averaged more than 25 points per game and 13 rebounds, recording four triple-doubles.

The Bucks' Giannis Antetokounmpo, the Warriors' Stephen Curry, the Thunder's Paul George and the Rockets' James Harden joined Jokic on the first team.

David Thompson earned first team All-NBA honors for the Nuggets in 1977 and 1978.