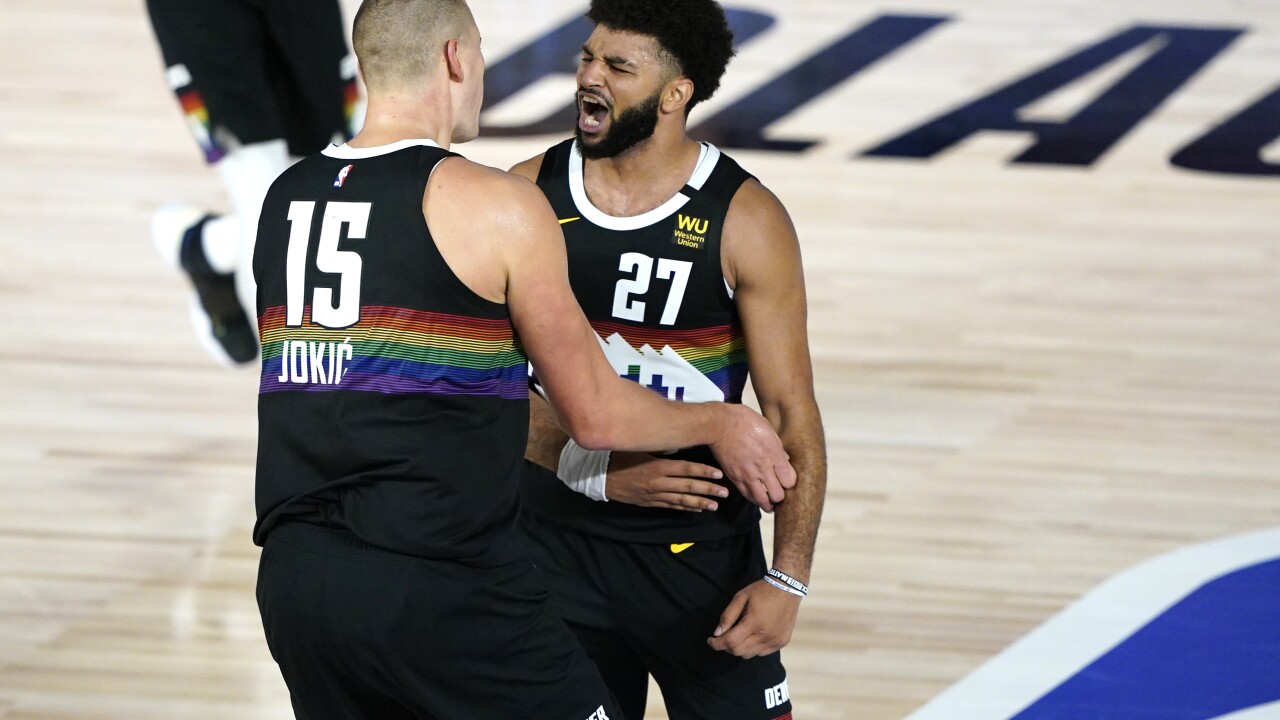 LAKE BUENA VISTA, Fla. (AP) — Jamal Murray scored 10 of his 36 points in overtime on a day Donovan Mitchell erupted for a Jazz playoff-record 57 points and the Denver Nuggets beat Utah 135-125 in Game 1 of their first-round series.

Denver's Nikola Jokic finished with 29 points and 10 rebounds. He had a chance to win it in regulation at the buzzer, but his right-handed hook shot over Utah's Rudy Gobert was off the mark.

Murray took over in the extra period, sealing the game with a jumper with 46.8 seconds remaining.

Mitchell was the star of the show. His scoring spree surpassed the mark of 50 by Karl Malone on April 22, 2000, against Seattle.