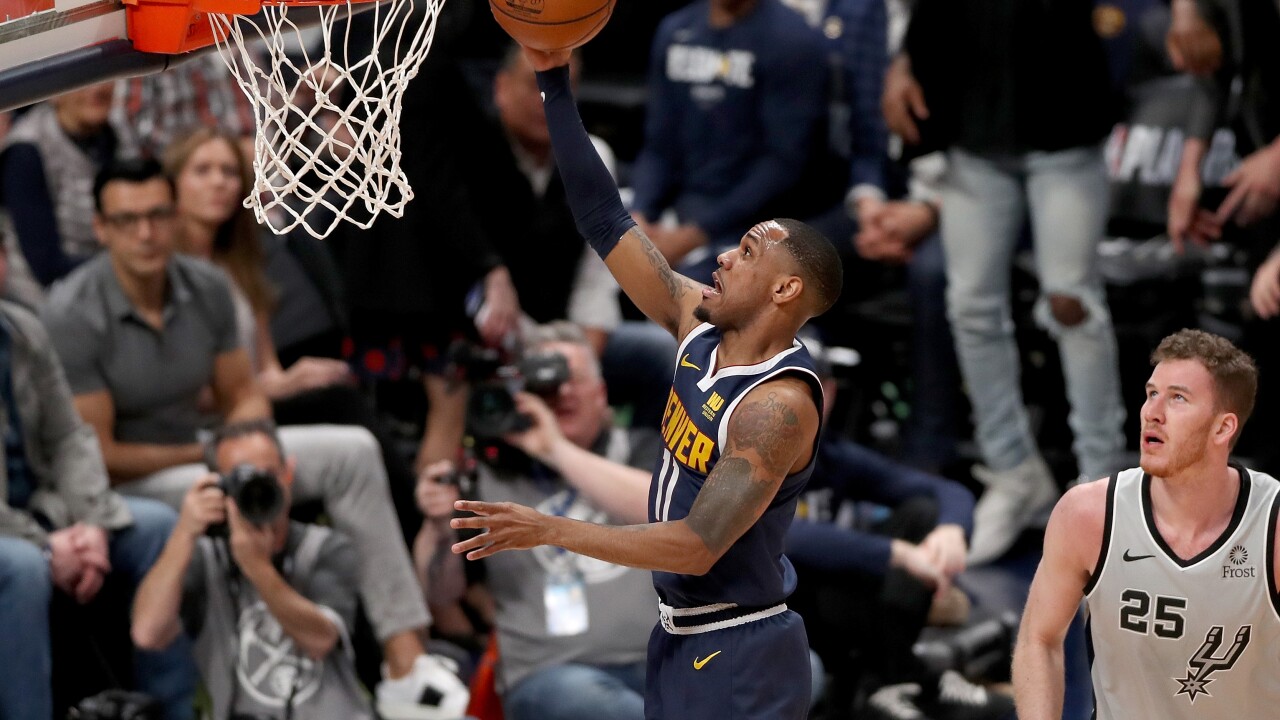 Copyright Getty Images. All Rights Reserved.
Matthew Stockman/Getty Images
DENVER, COLORADO - APRIL 27: Monte Morris #11 of the Denver Nuggets puts in a layup against Jakob Poeltl #25 of the San Antonio Spurs in the second quarter during Game Seven of the first round of the 2019 NBA Western Conference Playoffs at the Pepsi Center on April 27, 2019 in Denver, Colorado. NOTE TO USER: User expressly acknowledges and agrees that, by downloading and or using this photograph, User is consenting to the terms and conditions of the Getty Images License Agreement. (Photo by Matthew Stockman/Getty Images)

DENVER – The Denver Nuggets are on to the second round of the NBA playoffs for the first time in 10 years after they defeated the San Antonio Spurs 90-86 Saturday in Game 7 of the first round of the playoffs.

Nikola Jokic had a triple-double and continued to dominate in his first career playoff appearance. He had 21 points, 14 rebounds and 10 assists and showed off his pristine passing and tough defense – holding Spurs center LaMarcus Aldridge to 16 points.

Jamal Murray had 23 points along with four assists and five rebounds and Paul Millsap contributed 9 points and 8 rebounds to fend off the Spurs.

Rudy Gay came off the bench for San Antonio to have the best game for the Spurs, with 21 points and 8 rebounds on a night when DeMar DeRozan struggled from the field.

The Nuggets led for the entire game, but San Antonio closed their lead to 2 points with less than a minute left in the game after narrowing what was at one point in the third quarter a 17-point deficit.

But Murray hit a floater with less than 40 seconds to go and Torrey Craig got a block on the other end. Murray missed a shot with 5 seconds left but San Antonio would not get another chance to tie, sending the Nuggets to the second round of the playoffs.

Denver heads to the second round for the first time since the 2008-09 season, when they defeated the Dallas Mavericks before losing in the Western Conference Finals to the Los Angeles Lakers.

They will face the Portland Trail Blazers in the next round.