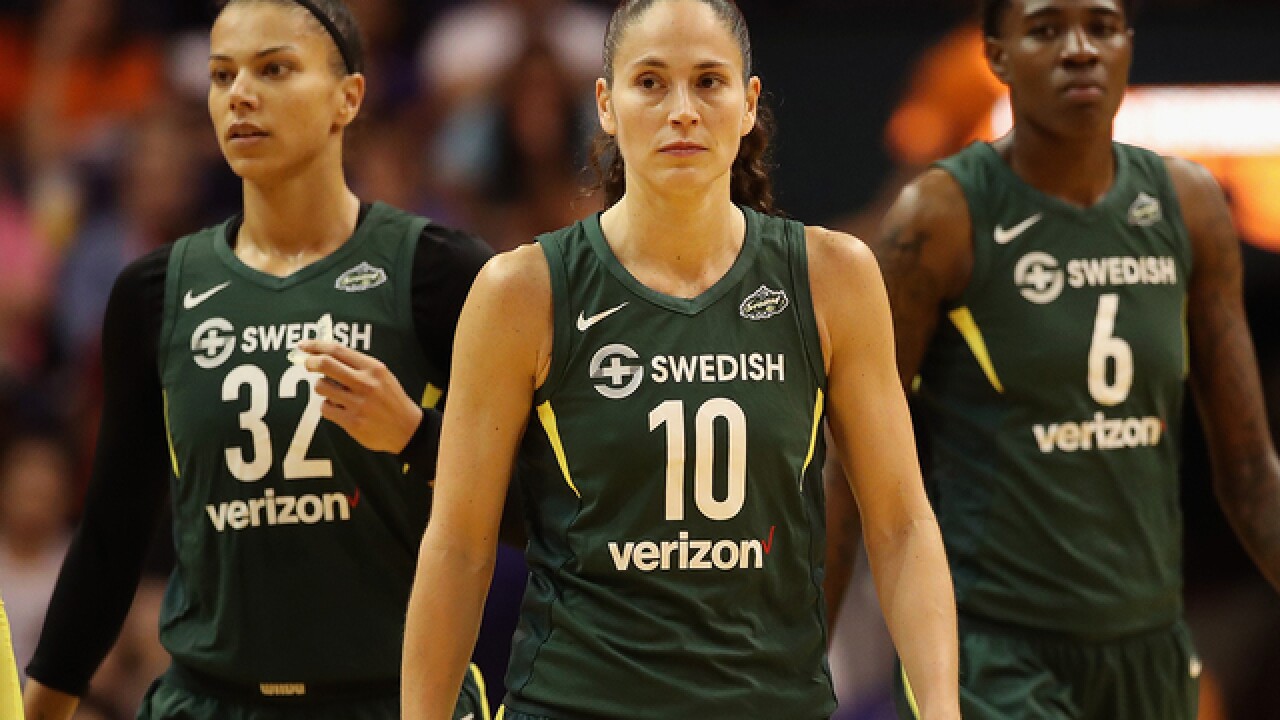 Image copyright 2018 Getty Images. All rights reserved. This material may not be published, broadcast, rewritten, or redistributed.
Christian Petersen
<p>PHOENIX, AZ - AUGUST 31: Sue Bird #10 of the Seattle Storm walks down court with Jordin Canada #21, Alysha Clark #32 and Natasha Howard #6 during game three of the WNBA Western Conference Finals against the Phoenix Mercury at Talking Stick Resort Arena on August 31, 2018 in Phoenix, Arizona. The Mercury defeated the Storm 86-66. NOTE TO USER: User expressly acknowledges and agrees that, by downloading and or using this photograph, User is consenting to the terms and conditions of the Getty Images License Agreement. (Photo by Christian Petersen/Getty Images)</p>

Bird, who currently plays with the Seattle Storm, joins the Nuggets front office as a basketball operation associate.

“We are very excited to have Sue join our organization,” said President of Basketball Operations Tim Connelly. “Her resume certainly speaks for itself and as a still active player she will offer an extremely unique perspective.”

Bird was the first overall draft pick when she was selected by the Storm in 2002 and since then, she’s earned 11 All-Star bids and won three championships with the team.

“I’m really excited to join the Denver Nuggets organization. I’m thankful for the opportunity and look forward to learning from some of the best,” Bird said.