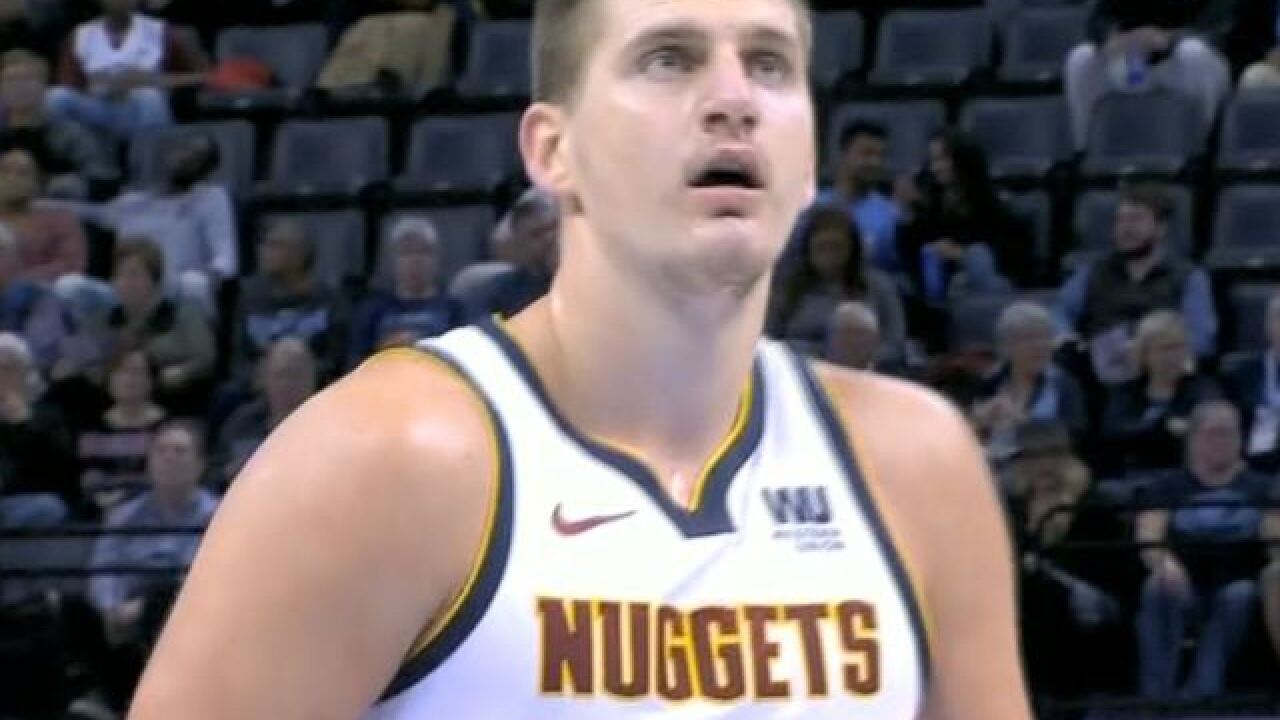 Jokic made his comments to the media following the Nuggets’ 108-107 overtime victory against the Chicago Bulls on Oct. 31.

The fine was handed down Wednesday by league discipline executive Kiki VanDeWeghe.

Jokic was fined for using an anti-gay slur, saying "no h---, he's longer than you expect" when asked by reporters about Wendell Carter Jr. after the Nuggets' overtime victory.