NHL, player's association agree on plan to return to play by Aug. 1 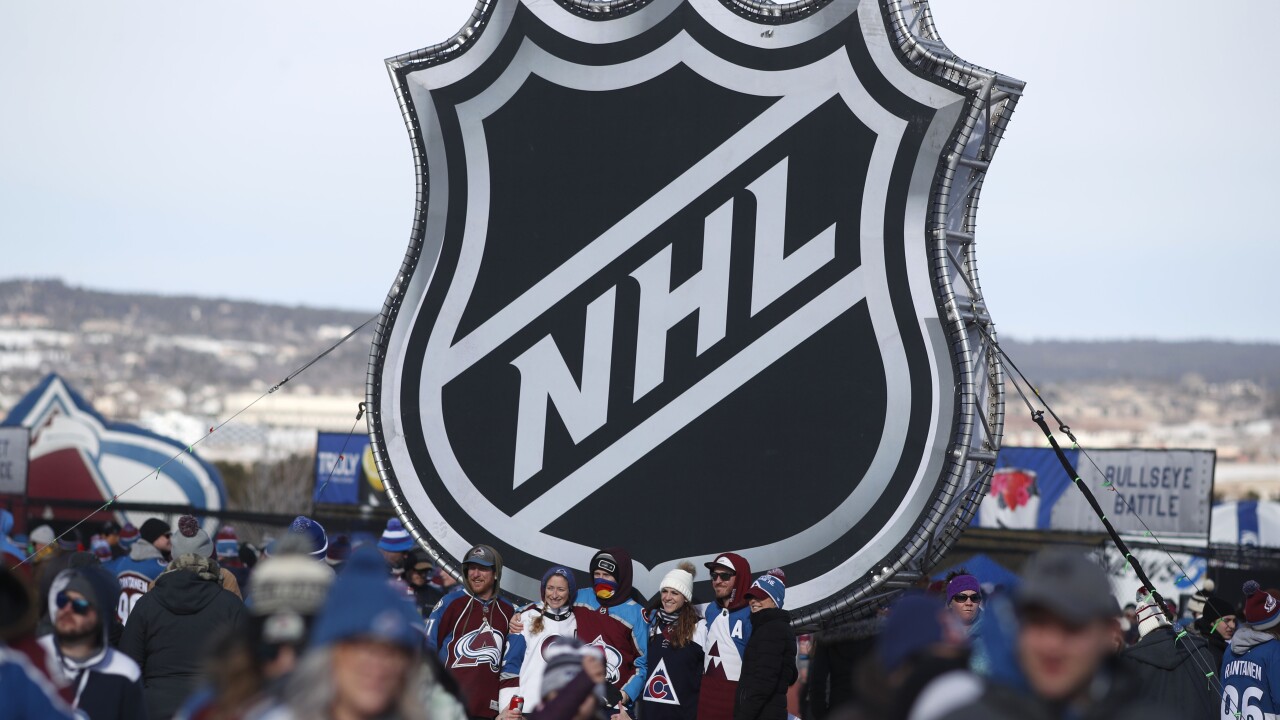 Copyright 2020 The Associated Press. All rights reserved.
David Zalubowski/AP
FILE - In this Feb. 15, 2020, file photo, fans pose below the NHL league logo at a display outside Falcon Stadium before an NHL Stadium Series outdoor hockey game between the Los Angeles Kings and Colorado Avalanche, at Air Force Academy, Colo. The uncertainty raised by coronavirus pandemic leads to experts providing a bleak short-term assessment on the NHL's financial bottom line, with some projecting revenues being cut by almost half. What's unclear is how large the impact might be until it can be determined when fans can resume attending games and if the league is able to complete this season. (AP Photo/David Zalubowski, File)

The NHL announced Friday that the league and player's association had agreed to a plan to return to play beginning Aug. 1.

The league will resume play in two hubs — Toronto for the Eastern Conference and Edmonton for the Western Conference. The return to play will begin with a qualifying tournament for the Stanley Cup playoffs among 16 teams. Once seeding is determined, playoffs will begin in late August.

"Today, the NHL and the NHLPA announced a significant agreement that addresses the uncertainty everyone is dealing with, the framework for the completion of the 2019-20 season, and the foundation for the continued long-term growth of our league," NHL Commissioner Gary Bettman said.

Under the agreement, teams can open training camps on Monday in their home markets. Teams will begin travel to their respective hub cities on July 26.

The agreement also included a four-year extension of the current collective bargaining agreement, which will now run through the 2025-26 season.