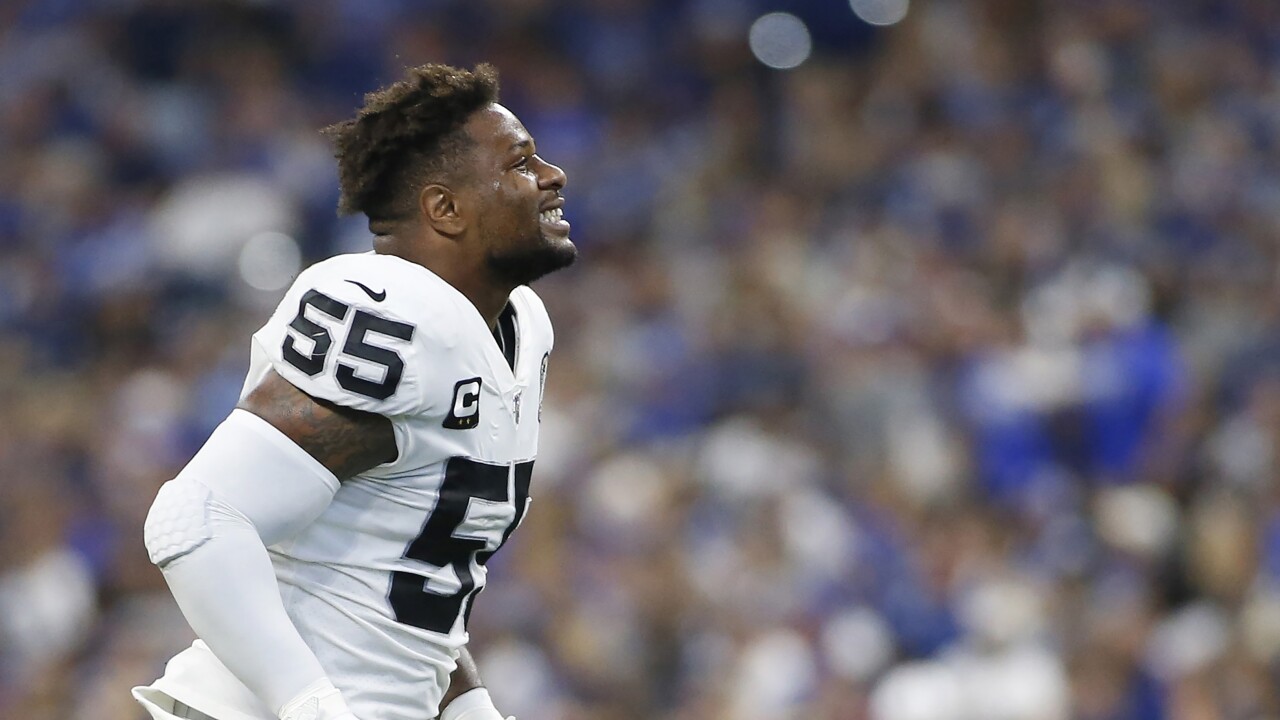 NEW YORK (AP) — Oakland Raiders linebacker Vontaze Burfict has been suspended for the rest of the season for a helmet-to-helmet hit on Indianapolis Colts tight end Jack Doyle.

NFL Vice President of football operations Jon Runyan announced the suspension Monday. The league says Burfict is suspended without pay for the remaining 13 weeks of the season and any playoff games for "repeated violations of unnecessary roughness rules."

Burfict was flagged for unnecessary roughness and ejected from the Raiders' game against the Colts on Sunday after a blow to Doyle's head early in the second quarter. Runyan in a letter to Burfict called the contact "unnecessary and flagrant" and added that his "extensive history of rules violations is factored into this decision regarding accountability measures."

Burfict during his time in Cincinnati was repeatedly suspended by the NFL for egregious hits and violating its policy on performance-enhancers. He was fined regularly for hits that crossed the line, most notably the one to Antonio Brown's head that helped the Steelers rally for an 18-16 playoff win in the 2015 season.

Under the CBA, Burfict can appeal in the next three days.