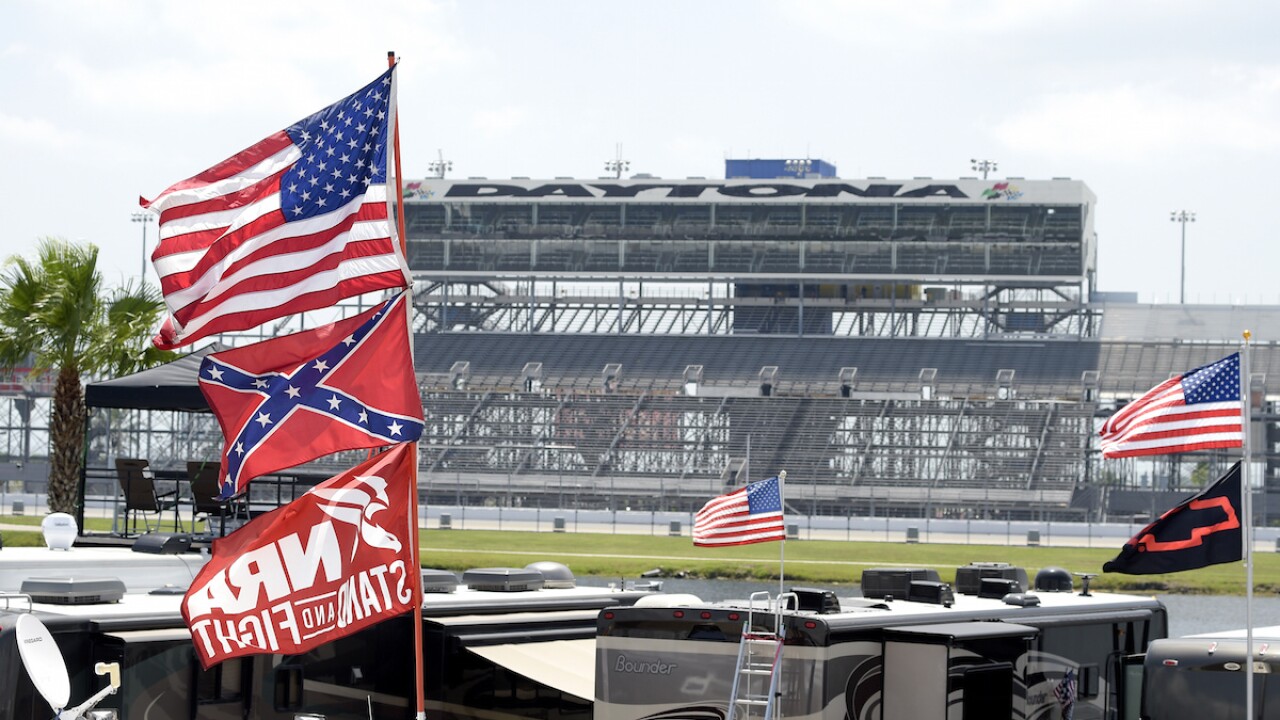 Phelan M. Ebenhack/AP
FILE - In this July 4, 2015, file photo, confederate and American flags fly on top of motor homes at Daytona International Speedway in Daytona Beach, Fla. Bubba Wallace, the only African-American driver in the top tier of NASCAR, calls for a ban on the Confederate flag in the sport that is deeply rooted in the South. (AP Photo/Phelan M. Ebenhack, File)

Before Sunday's Cup race at Atlanta Motor Speedway, Bubba Wallace, who is the only African-American driver in NASCAR, donned a black T-shirt with the words "I Can't Breathe."

On Monday, Wallace told CNN's Don Lemon that all Confederate flags should be removed from race tracks.

Wallace told Lemon that no one should come to a race and feel uncomfortable and that there is no place at races for them.

The governing body vowed to do a better job of addressing racial injustice in the wake of George Floyd’s death.

During their warm-up laps, the 40 cars pulled to a stop in front of the empty grandstands and shut off their engines to hear from NASCAR President Steve Phelps.

He told them "our sport must do better."