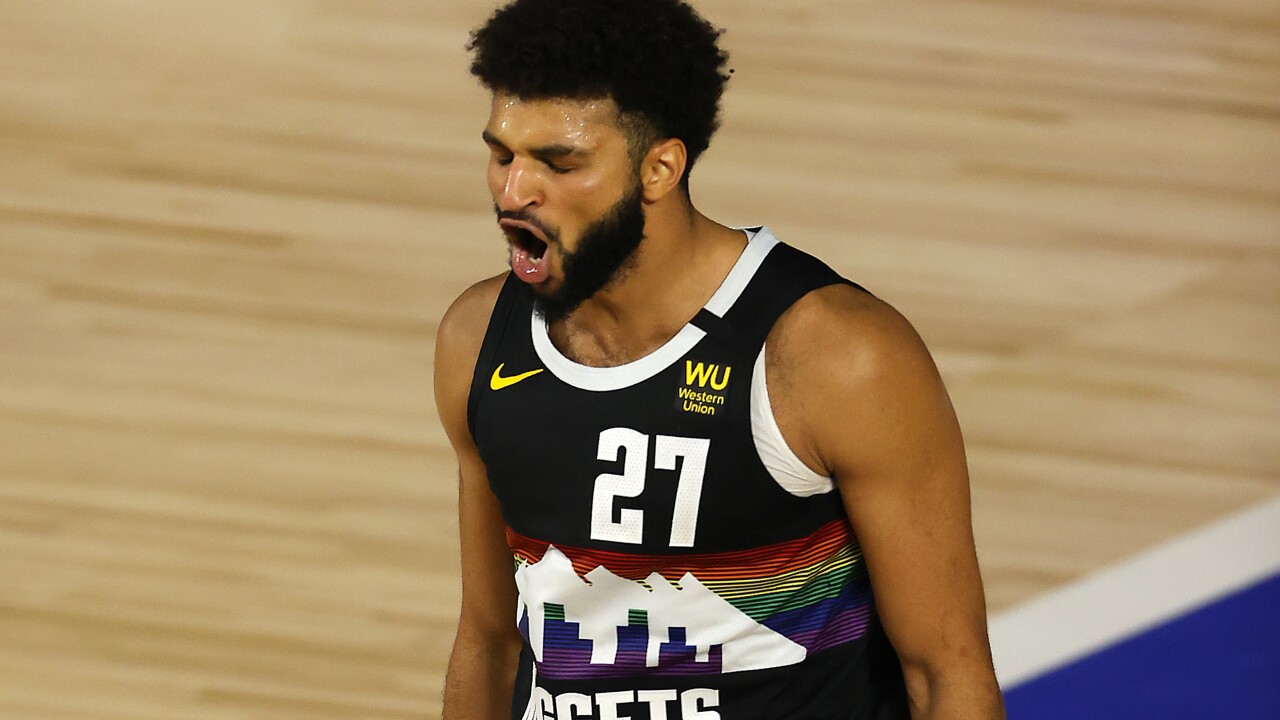 Mike Erhmann/AP
Jamal Murray of the Denver Nuggets reacts after a shot during the second half of Game 5 of an NBA basketball first-round playoff series, Tuesday, Aug. 25, 2020, in Lake Buena Vista, Fla. (Mike Ehrmann/Pool Photo via AP)

LAKE BUENA VISTA, Fla. (AP) — Jamal Murray scored 33 of his 42 points in a second half where he played every minute and the Denver Nuggets avoided elimination by beating the Utah Jazz 117-107 in Game 5.

The Nuggets trail the sixth-seeded Jazz 3-2 with Game 6 on Thursday.

Murray was unstoppable down the stretch in nearly matching his 50-point effort in Game 4.

He had eight assists, including a pass to Nikola Jokic for a 3-pointer with 23.6 that sealed the win.

The dynamic tandem of Murray and Jokic clearly won’t ready to leave the NBA bubble just yet.

Jokic had it going early as he scored 21 of his 31 points in the the first quarter.

Donovan Mitchell finished with 30 points while wearing a pair of bright, multicolored shoes.