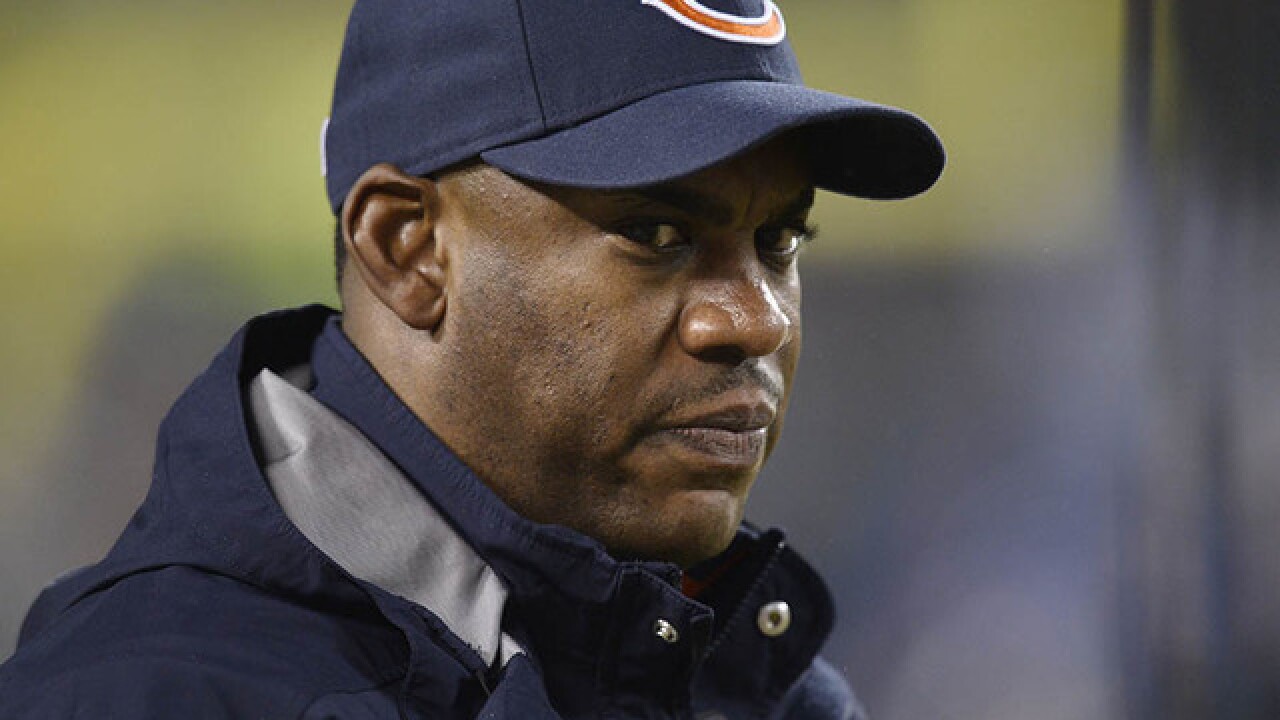 Copyright 2018 Scripps Media, Inc. All rights reserved. This material may not be published, broadcast, rewritten, or redistributed.
Brian Kersey
<p>CHICAGO, IL - DECEMBER 15: Defensive coordinator Mel Tucker of the Chicago Bears on the field during pregame warm ups before a game against the New Orleans Saints at Soldier Field on December 15, 2014 in Chicago, Illinois. (Photo by Brian Kersey/Getty Images)</p>

Tucker gets a five-year deal worth $14.75 million of which the first-year salary would be $2.4 million and then increase by $275,000 annually. CU's Board of Regents must approve Tucker's contract, which campus leaders hope to present for their consideration at their Dec. 12 special meeting in Denver.

Tucker will begin work immediately and will not coach Georgia in the Sugar Bowl against Texas on New Year's Day.

Tucker, 46, replaces Mike MacIntyre, who was dismissed Nov. 18. Quarterback coach Kurt Roper was named interim head coach for the finale at Cal, and the Buffaloes went on to finish the 2018 season with a 5-7 record.

Tucker has coached in 130 Division I-A (FBS) games as a full-time coach, his teams owning a record of 101-29 which include 10 bowls. He has coached 160 games in the National Football League (64 with Cleveland, 64 with Jacksonville, 32 with Chicago).