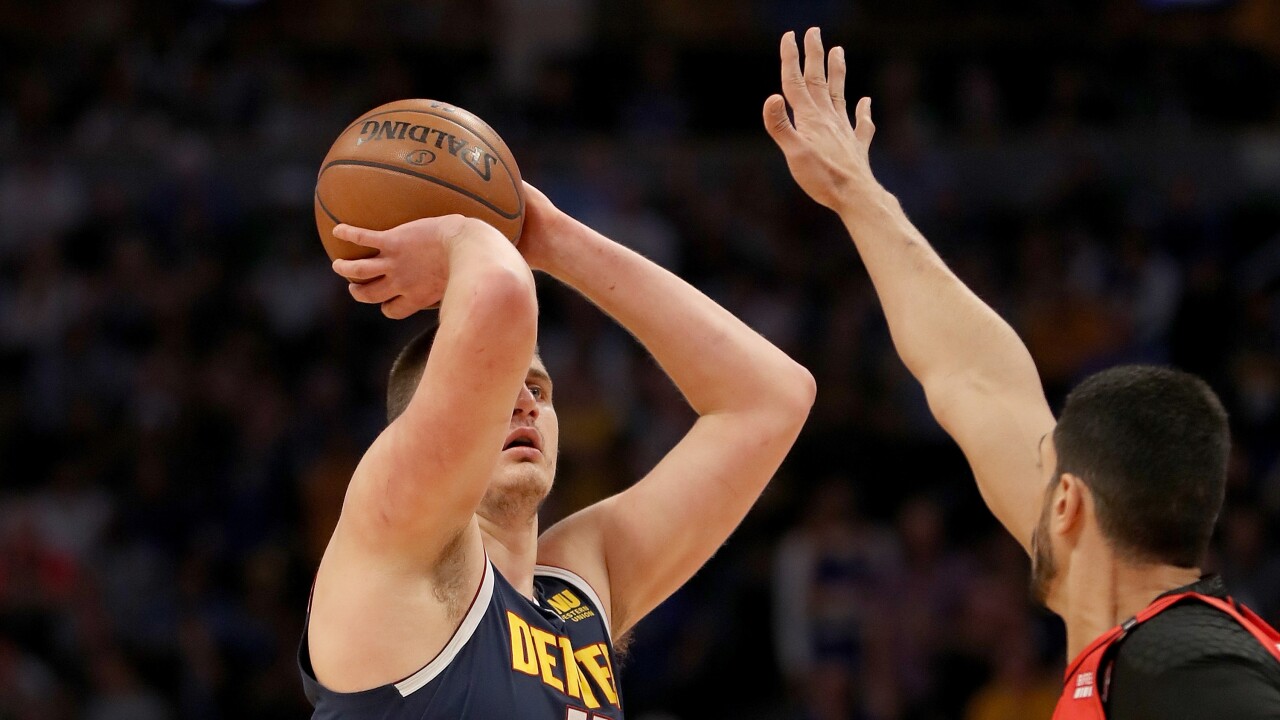 Matthew Stockman/Getty Images
DENVER, COLORADO - MAY 12: Nikola Jokic #15 of the Denver Nuggets puts up a shot against Enes Kanter #00 of the Portland Trail Blazers during the first quarter of Game Seven of the Western Conference Semi-Finals of the 2019 NBA Playoffs at the Pepsi Center on May 12, 2019 in Denver, Colorado. NOTE TO USER: User expressly acknowledges and agrees that, by downloading and or using this photograph, User is consenting to the terms and conditions of the Getty Images License Agreement. (Photo by Matthew Stockman/Getty Images) 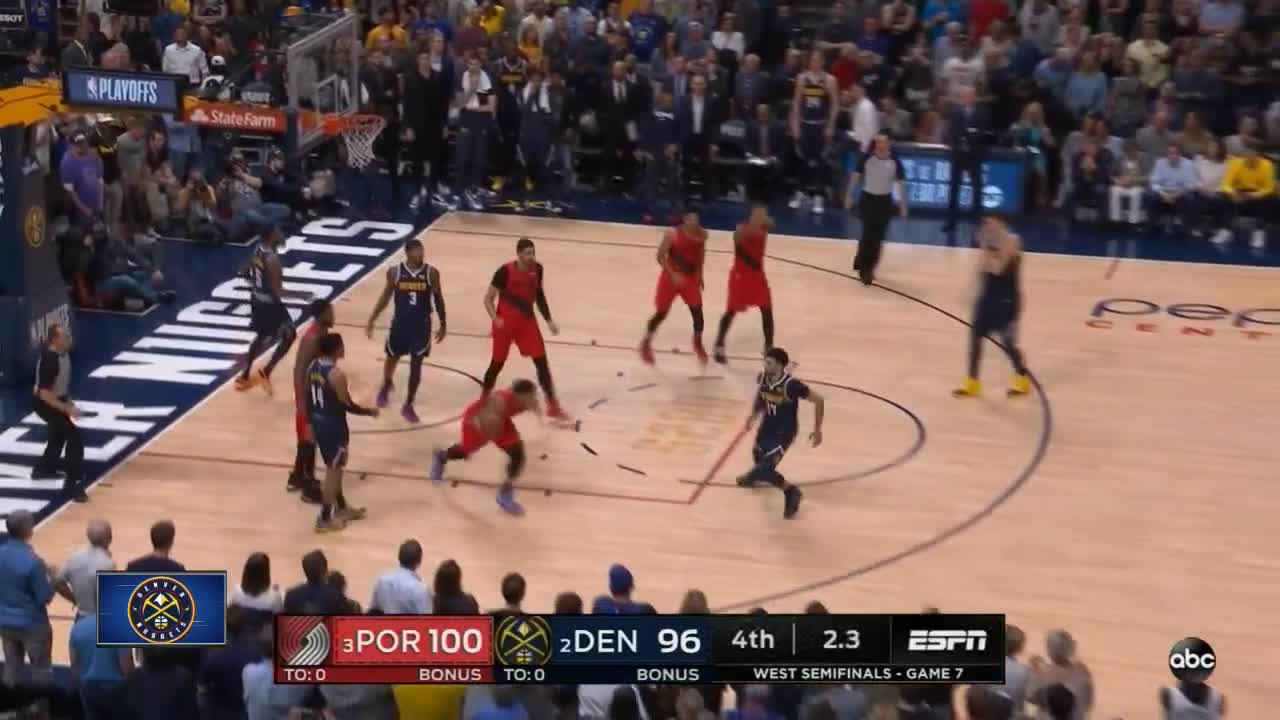 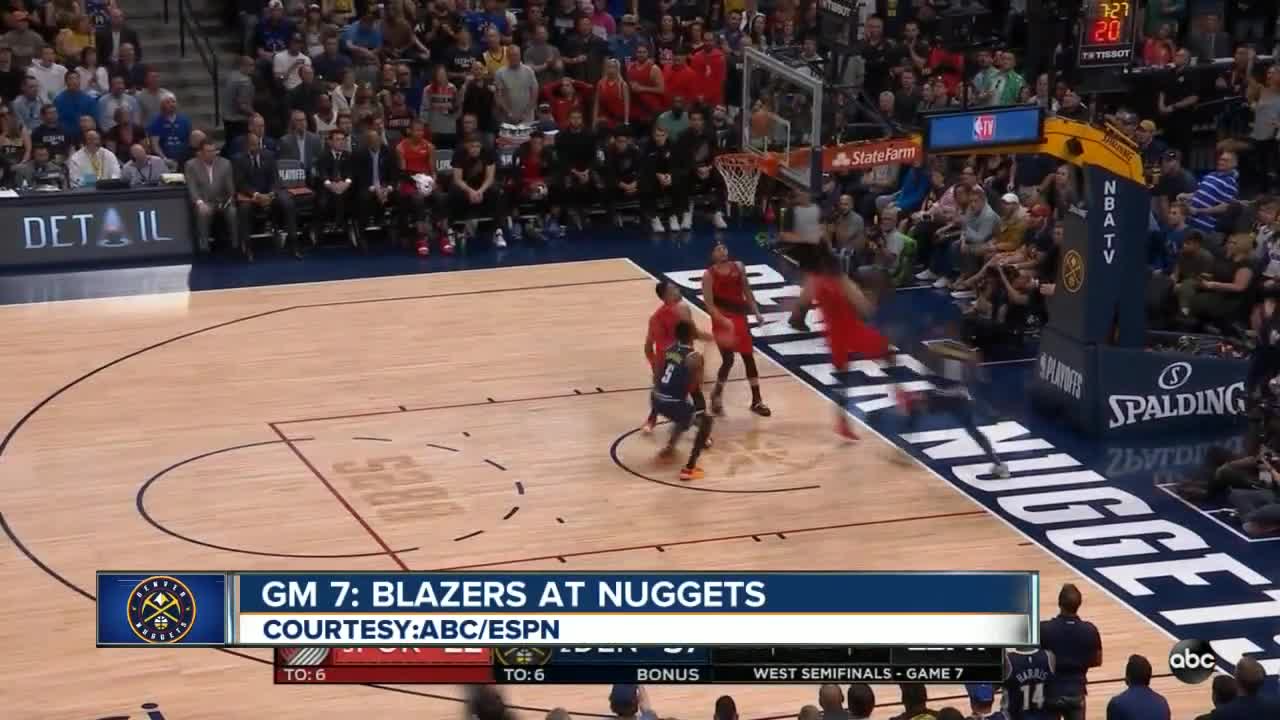 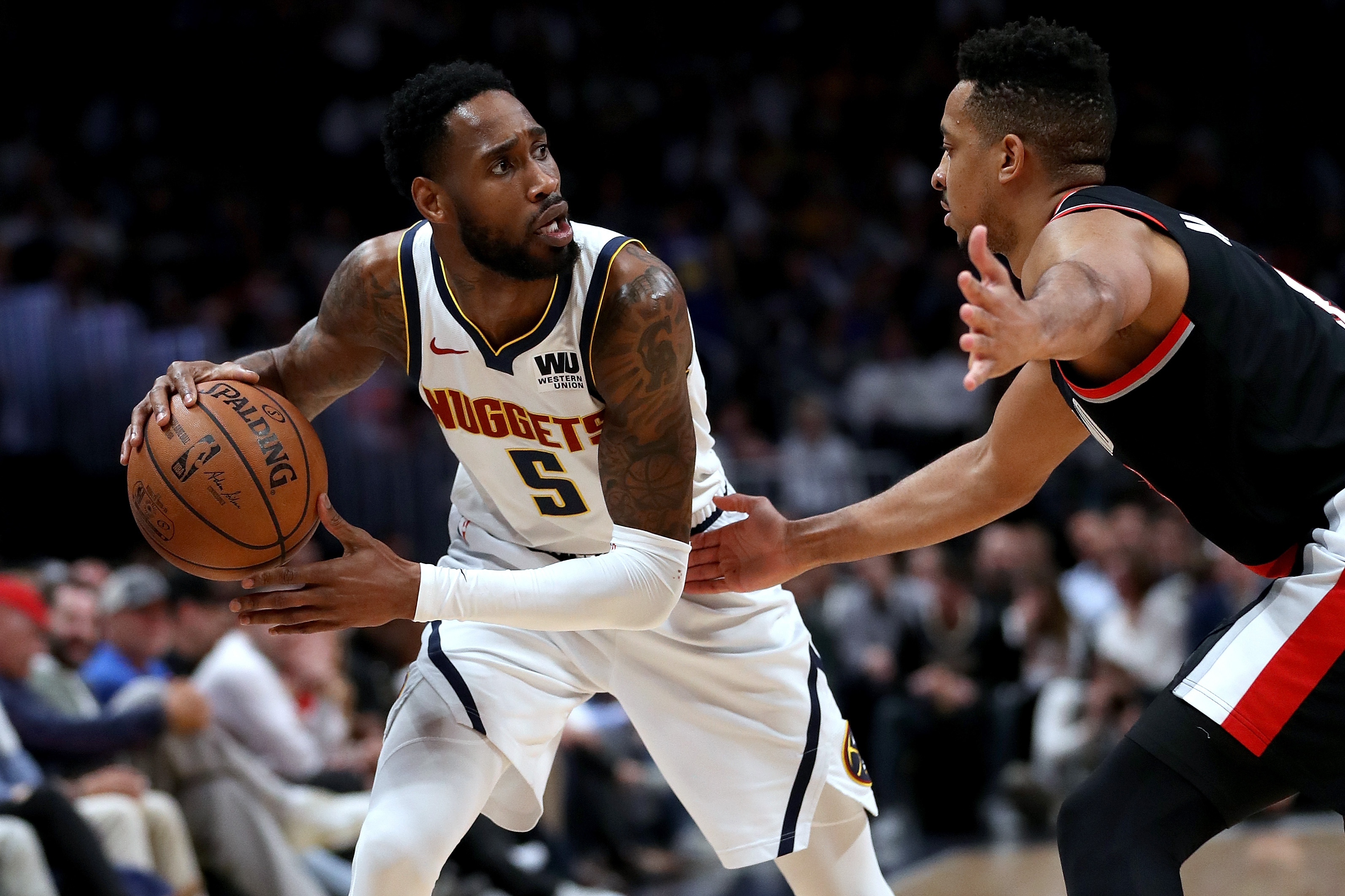 DENVER (AP) — Damian Lillard's shots kept banging off the backboard, rattling off the rim, going everywhere but through the hoop.

The Portland Trail Blazers are going to the Western Conference Finals anyway because CJ McCollum had his back.

McCollum scored 37 points and added a crucial chase-down block in the closing minutes that helped the Blazers beat the Denver Nuggets 100-96 in Game 7 on Sunday to advance to their first conference championship since 2000.

Lillard scored 13 points and made just 3 of 17 shots from the field, but two of them were critical 3-pointers in the fourth quarter that put Portland ahead 81-76 and 92-85.

"It's a luxury to have two guys like that who can find different ways to score in different ways," Blazers coach Terry Stotts said. "CJ does it one way, Dame does it in another. On a night when Dame struggled shooting the ball CJ came up big."

"CJ McCollum showed why they have one of the best backcourts in the NBA," Nuggets coach Michael Malone said. "He put his team on his back and made big play after big play."

None bigger than when his crucial chase-down block with 4:44 left and the Trail Blazers leading 87-83.

McCollum raced to stop a breakaway layup by Jamal Murray, who had a miserable night shooting, missing 14 of 18 shots.

"Seth did a good job of cutting off his lane and making him have to go over his head," McCollum said. "He put it right there for me and I went and got it 'Bron style. Shout out to my guy 'Bron. It was a mini-version of 'Bron's block on Iggy some years ago. Definitely didn't get up as high but it was a cool play. I might get a picture of that."

Lillard said it was just the spark the Blazers needed to complete the comeback from a 17-point first-half hole.

"Those are the plays that get teams going, coming off a turnover and they get an easy one," he said. "At that point of the game you want to make them work for everything."

The Nuggets were down 96-95 coming out of a timeout when McCollum hit a pull-up jumper over Torrey Craig with 12.4 seconds left.

"All summer long I'm going to probably be second-guessing myself at the timeout," Malone said. "That's a shot he makes consistently. Torrey played good defense, as good a defense you can play 1-on-1. And I was saying after we should have sent someone at him. He's having a great game and make somebody else make a play or make a shot."

The mismanagement continued: Jokic was fouled inside shooting a 2-pointer with 11.4 seconds left and missed the first free throw. Instead of missing the second on purpose, he made it for a 98-96 deficit.

Eric Turner then hit two free throws with eight seconds left for the final margin, and Jokic missed a long 3-pointer, with five seconds remaining, Turner grabbed the rebounds and dribbled out the clock.

The Nuggets raced to a 39-22 lead and Game 7 was beginning to look a lot like Game 5, when Denver blew out Portland by 26 points in this building. But Stotts called a timeout with 7:26 left in the second quarter and his team began chipping away.

"There wasn't going to be any quit," Stotts said. "I didn't think they ever stopped believing. ... It was just about regrouping."

The Blazers were down 48-39 at halftime and trailed by just a point heading into the fourth quarter.

That's when the Nuggets' hopes of reaching their first Western Conference Finals in a decade died with a 7-of-24 shooting performance, including 3 of 10 from Jokic, who tearfully blamed himself in the locker room for the loss.

Nonsense, said his coach, who suggested Jokic established himself during these playoffs as the best big man in basketball and he only petered out at the end because the Nuggets had to rely so heavily on the 7-foot All-Star.

"I hope after 14 playoff games, America, everyone around the world, came to appreciate his game," Malone said. "For him to be as emotional and upset as he was speaks to his caring. He was upset because he thinks he didn't do enough for us to win tonight."

It was a devastating end to Denver's season after the Nuggets ended a six-year playoff drought and earned the second seed in the Western Conference bracket.

Portland: Rodney Hood hyperextended his left knee in the third quarter. ... Evan Turner, who scored just four points in the first six games of the series, added 14 points, including 10 in the fourth quarter.