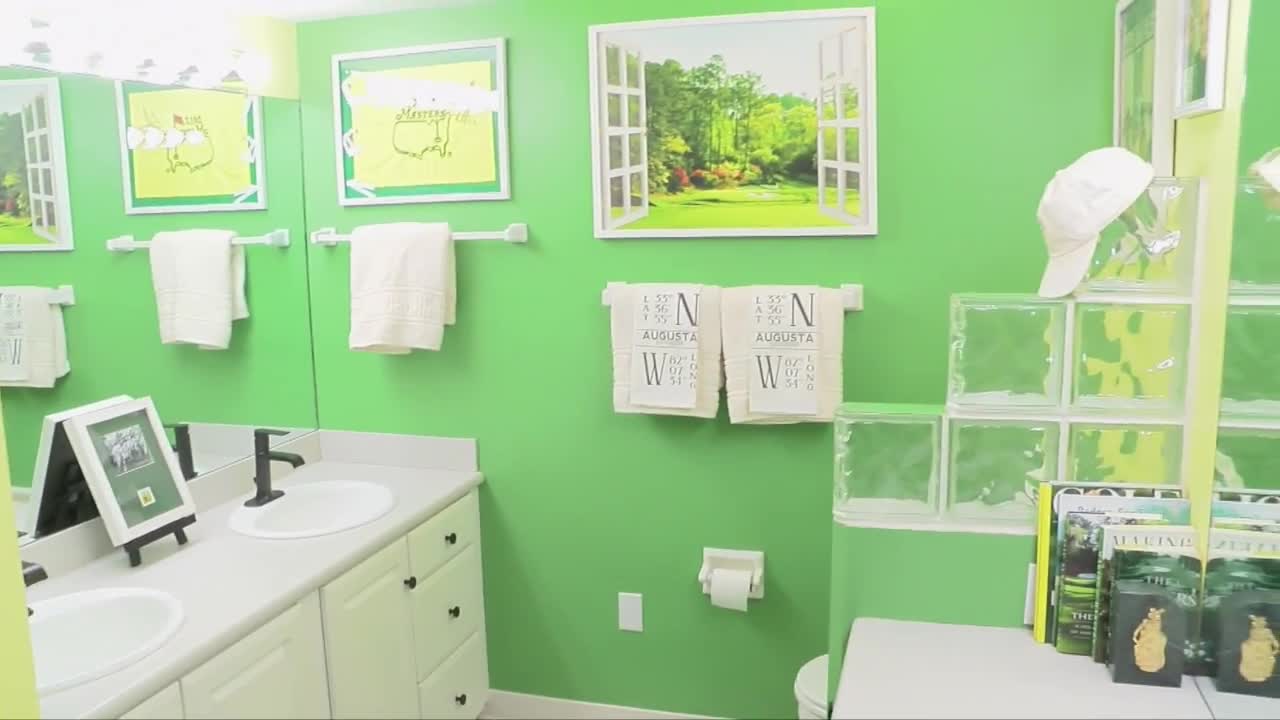 You've heard of a master bathroom before, but have you ever heard of a Masters bathroom. A Masters super fan has decorated his bathroom into a golfer's dream. 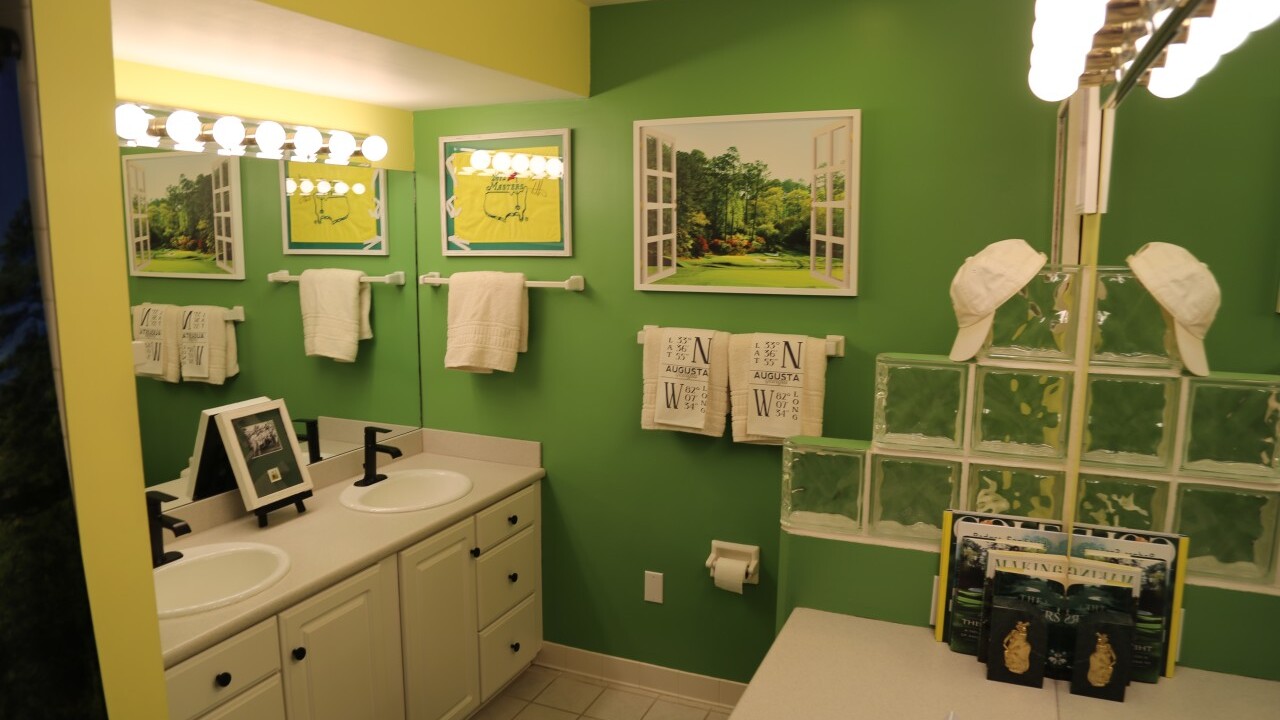 SOMERS, WI — You've heard of a master bathroom before, but have you ever heard of a Masters bathroom? A Masters super fan has decorated his bathroom into a golfer's dream.

Gregg Thompson of Somers, Wisconsin has transformed his bathroom into an homage to all things golf and especially the Masters. After his kids moved out he and his wife decided to remodel the bathroom. Gregg suggested the idea and his wife was all for it.

"Convinced my wife that that was a good idea and fortunately she agreed with me," Thompson said.

Inside he has two Masters flags. One was signed by Bubba Watson, the 2012 winner, and the other was signed by Ben Crenshaw who won the 1984 and 1995 Masters tournament. He has old school clubs, a Masters hat, a Masters shower curtain, multiple Masters books, a Masters 'Quiet Please' sign, and of course he has a mini putting green inside there.

He uses his dad's old putter and said that if he can sink it in the bathroom with that ancient club, he will have a good day on the course.

"I feel like I'm almost there. Not there but, you know, it gives me that feeling of what it's like at the Masters," Thompson said.

It only took a few months to put together. The walls are even the exact shade of Masters green and gold.

Outside of his bathroom, you wouldn't be able to tell that Gregg is a super fan. It's put together just like any other house. However, go outside to his backyard and you will see a mini Augusta National, if you will.

He can set up a few holes with Masters flags at the top of the pin for a small par-3-esque golf course. He's been known to have friends over for a friendly wager.

As to why he chose the Masters and not the U.S. or British Open? For starters, he said it's special that it's the only major that is played at the same course every year. Plus in 2020, it offers a short respite from all the chaos.

"It's four days out of the year and especially this year 2020 where you can just kind of escape all the chaos and noise going on out there and just maybe forget about all that for a little bit and enjoy something that is beautiful to watch."

It's why this weekend you will find him sitting on his couch watching the game he loves.

This story originally reported by James Groh on TMJ4.com.