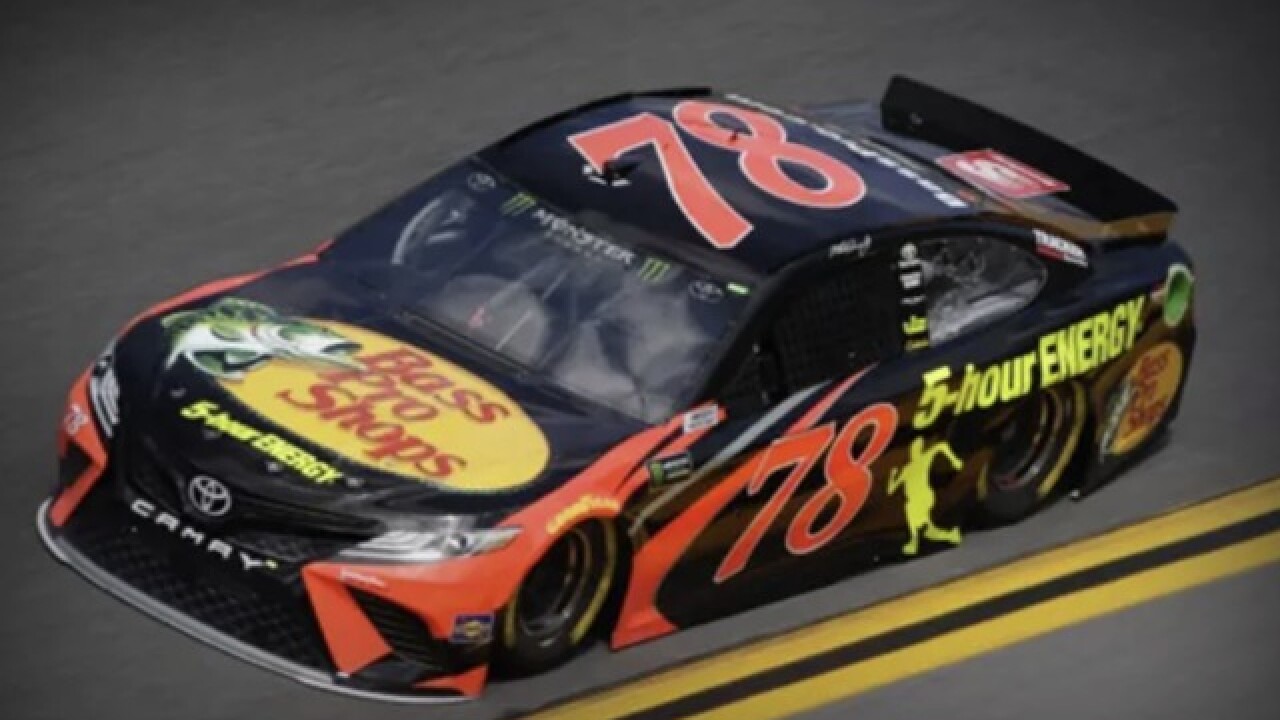 The Furniture Row Racing driver moved into a tie for second place with Kyle Busch in the driver standings, 12 points behind leader Kevin Harvick, who claimed his third consecutive win of the season.

Truex started from the pole and was a top-five performer for almost the entire 312-lap race in his No. 78 5-hour ENERGY/Bass Pro Shops Toyota Camry. He finished fifth in the first stage, and due to pit-stop strategy, slipped to eighth in the second stage.

“Just a solid day for us, not a great day and not what we were hoping for,” Truex said. “There were times in the race where we were really good and just lost some track position there with about 100 or 80 to go. We had one run that went really long that we got bad on, but overall today we were pretty close.

“We just lost a little there and felt like we could have run second or third maybe – one run we were as good as anyone, just couldn’t get it to be perfect all day.”

Asked if the car fell off later in the race, Truex said, “On that (one) long run, we just got really tight and lost our track position. We have a little work to do, but man, we’re right there. It’s like when you’re out fishing and you catch a bunch of fish and you feel like you’re throwing the right lure, but maybe it’s just not the right color – we need to get it dialed in. We’re so close.”

Truex’s other two top-five finishes of the season were fourth last week in Las Vegas and fifth two weeks ago in Atlanta. The finish was also his third career top five at Phoenix. The reigning NASCAR Cup Series champion had a series high of 19 top-five finishes in 2017.

The third and final race of the Western Swing is Sunday March 18 at Auto Club Speedway in Fontana, Calif.