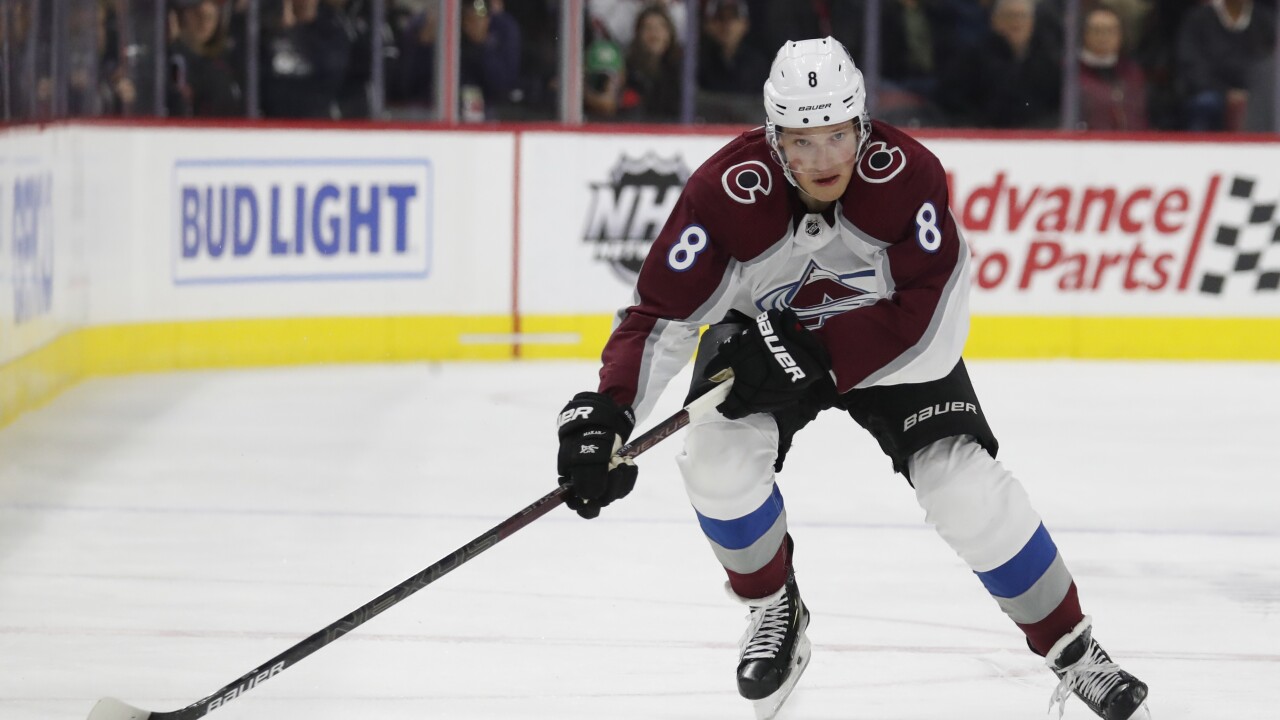 Karl B DeBlaker/AP
Colorado Avalanche's Cale Makar (8) brings the puck up the ice against the Carolina Hurricanes during the third period of an NHL hockey game in Raleigh, N.C., Friday, Feb. 28, 2020. (AP Photo/Karl B DeBlaker)

Nikita Zadorov and Mikko Rantanen also scored, and Nathan MacKinnon added an empty-netter for the Avalanche, who staved off elimination for a second straight game to tie the series at three wins apiece.

Colorado has never won a postseason series when trailing 3-1.

Both teams lost in Game 7 last season in the second round.