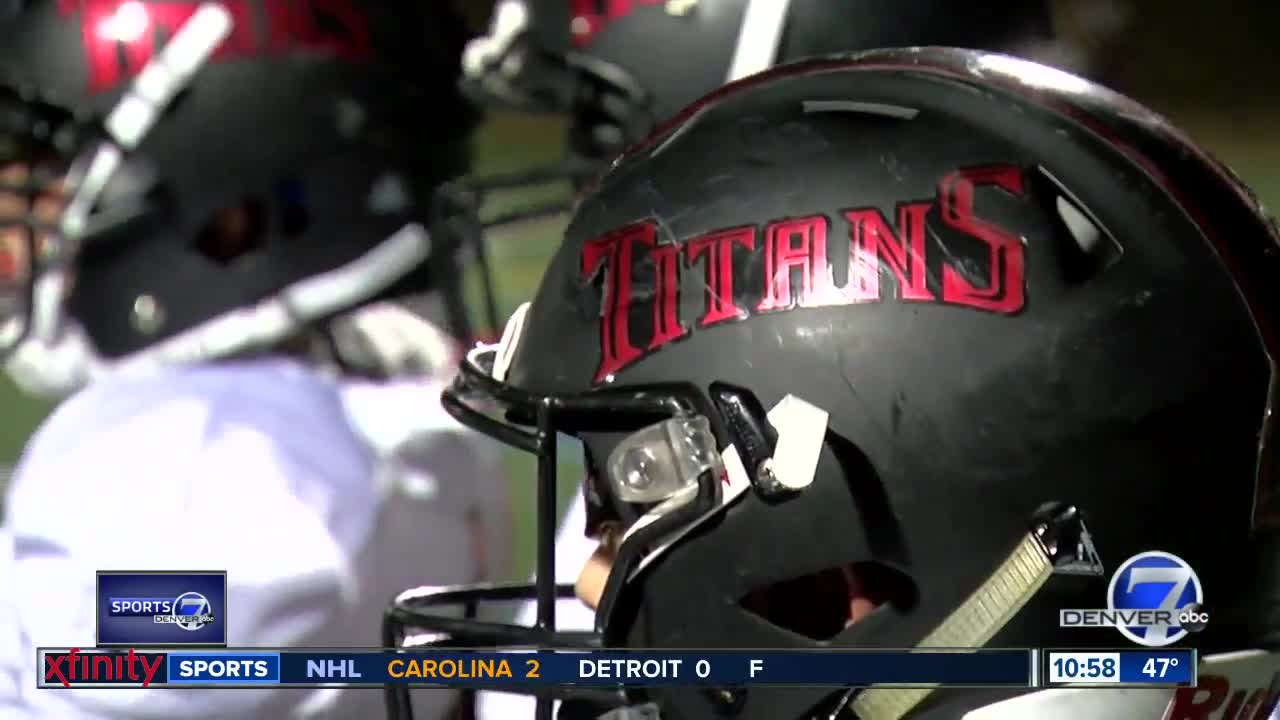 Football, friendship, an undefeated season, and now a shot the national title.

The division one Loveland Titans football team is heading to Orlando, Florida in December for the 2019 Pop Warner football championship tournament.

They’re headed south with a lot of confidence and without a loss on their record.

At 13-years-old, life experience is limited – but the Titans have spent most of their young lives together.

"We're just a family we've been building together since we were young," says 13-year-old Jordan Buman, also from Johnstown.

(NIC RAKOWSKY, 12-YEARS-OLD FROM LOVELAND WIDE RECEIVER)
“My brother did it four times so I just hope that I can do the same as him,” says 12-year-old Rakowsky, who grew up in Loveland. “His team was always the first Titans team and they were probably one of the best ones, but we might take that if we win this year. That would mean I'm better than my brother.”

The Titans are growing up together both on the football field and in their personal lives.

"Just being able to grow up with the boys, having better experiences, and becoming better football players,” says Cole. “Being disciplined, staying humble with it too, and just growing up in a brotherhood."

But football is never a cake walk. The Titans have faced their share of adversity, even during an undefeated season.

“There’s been multiple missed games by several players, I don't think we’ve fielded all of our players in any single game,” says head coach Steve Cranford. “We had kids playing out of position every game and we still managed to go undefeated, it was a good year.”

Cranford is a volunteer; he runs an insurance agency as a day job. But the time he spends coaching the Titans is the best part of his week.

The trip to Orlando is the ultimate goal for this Pop Warner powerhouse – but the work doesn’t end when the plane hits the tarmac.

“I’m looking for a great time in Orlando, but I’m not going out for a vacation," says Buman. “We need to stay disciplined, do the work, and then go out there and live the dream you know."

“I’m looking forward to catching that W,” says Cole. “I want to win.”

If you’d like to help the Titans with their trip to Orlando, visit the link to their GoFundMe page below:

The Loveland Titans PeeWee Football team, made up of young men from all across Northern Colorado (including: Greeley, Evans, Loveland, Fort Collins, Windsor, Johnstown, and Milliken) is headed to the Pop Warner Super Bowl in Orlando, Florida from December 5-15th. Following an undefeated season and ending as League, State, and Regional Champions, they will be representing the entire Southwest Region (encompassing CO, TX, LA, OK, AK, and NM) in this tournament. These boys have spent many seasons together, hours of practice and pain, and dedication to get to this point. They cannot wait to represent this community and Colorado at Florida — they promise to LEAVE NO DOUBT!