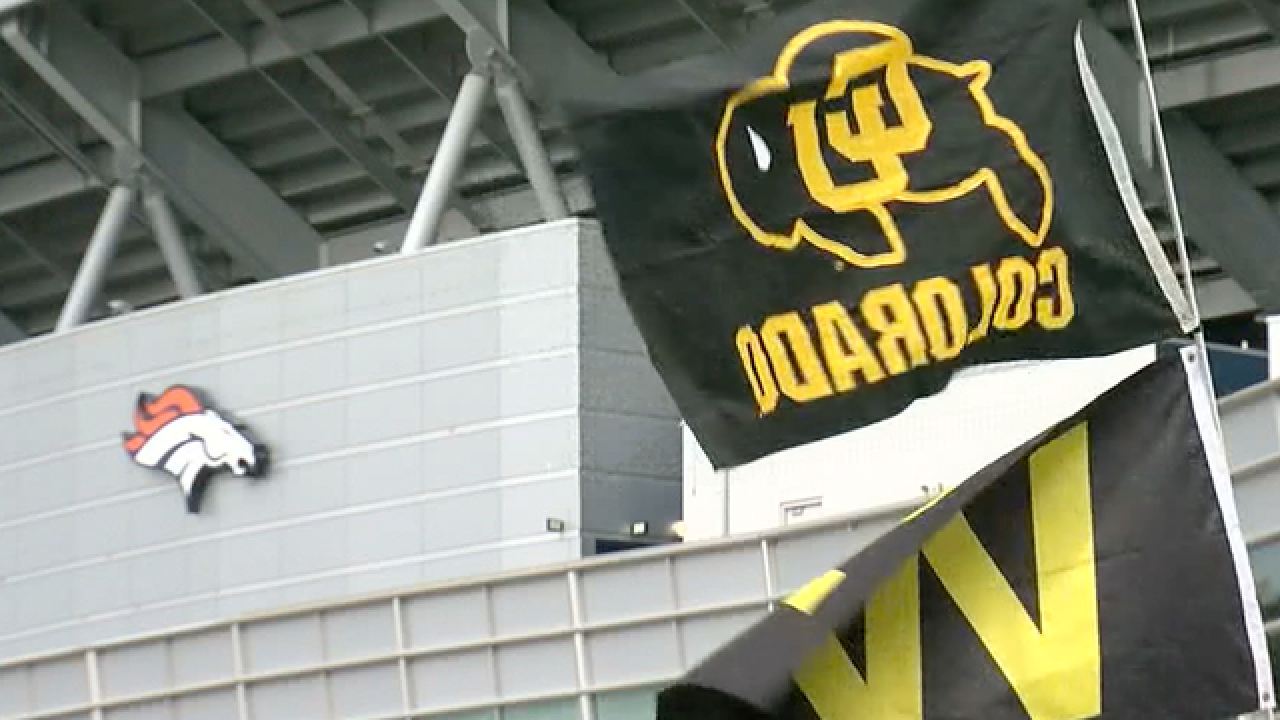 DENVER (AP) — Steven Montez ran the offense at an energetic, up-tempo pace. Colorado piled up points at that rate, too.

Montez threw for 338 yards and four touchdowns, including an 89-yard strike to Laviska Shenault Jr. , as the Buffaloes beat Colorado State for the fourth straight time with a 45-13 rout on Friday night.

"This team could be special," Montez said.

Montez had the offense clicking early, completing his first 12 passes to tie a school record to begin a game. He began the scoring spree with a 38-yard TD run on Colorado's opening possession. It's the longest scamper for a score by a Buffaloes quarterback since Kordell Stewart went 60 yards on Oct. 22, 1994.

The mobile Montez found wide-open receivers all evening in a game played at the home of the Denver Broncos. He was in complete rhythm with Shenault, who caught 11 passes for 211 yards. On his long touchdown, Shenault hauled in a short pass over the middle, made a player miss and was off to the races.

Behind the play, Montez raised his hands in celebration.

"That game was extremely fun," Shenault said. "Steven, he's great. He's just great. His work ethic and just how hard he always works behind the scenes."

New Buffaloes tailback Travon McMillian, a graduate transfer from Virginia Tech, got into the scoring act with a 49-yard run as he helps replace Phillip Lindsay, who's now with the Broncos.

Colorado rolled up 596 total yards against a porous Rams defense that surrendered 617 in a 43-34 loss to Hawaii last weekend.

Rams coach Mike Bobo hobbled along the sideline as he continues to deal with numbness in his feet. Bobo had an assistant shadowing him just in case the action got too close. He watched from the coaches' box last weekend.

"Give Colorado credit, they came out and exploited us in a lot of ways," Bobo said. "No. 1 would have to be speed on the perimeter, they did a great job of getting the ball outside and made play after play. ... At the end of the day we got whipped."

It was a rough night for Colorado State QB K.J. Carta-Samuels a week after throwing for a program-best 537 yards. Under constant duress, Carta-Samuels threw for 176 yards, a TD and an interception. He was spelled at times in the second half by Collin Hill, a redshirt sophomore who's returning from a knee injury.

Colorado: It wasn't all smooth — Montez threw an interception and receiver K.D. Nixon lost a fumble — but as far as openers go, coach Mike MacIntyre will gladly take this one. He's 5-1 against Colorado State as the coach of the Buffaloes.

Colorado State: A streak of five straight bowl appearances could be in serious jeopardy. The Rams have a brutal schedule ahead, including games against Arkansas, at Florida and at Boise State.

"I see the Nate Landman I see every day in practice," MacIntyre said. "He's a football player that arrives in an angry mood and makes plays."

"Some guys care more than others and it can't be like that," he said. "You get blown out at home, get embarrassed at home. You come out here against a big rival and get embarrassed again. What more do you need to perform better? Got to get to work."

Colorado: Travel to Nebraska a week from Saturday for the Buffaloes' first meeting with the Cornhuskers since 2010 when they were Big 12 rivals. Colorado trails the all-time series 18-49-2.

Colorado State: Return to Canvas Stadium for a game against Arkansas a week from Saturday. The Rams have hosted an SEC school only once — in 1981 against No. 19 Mississippi State.