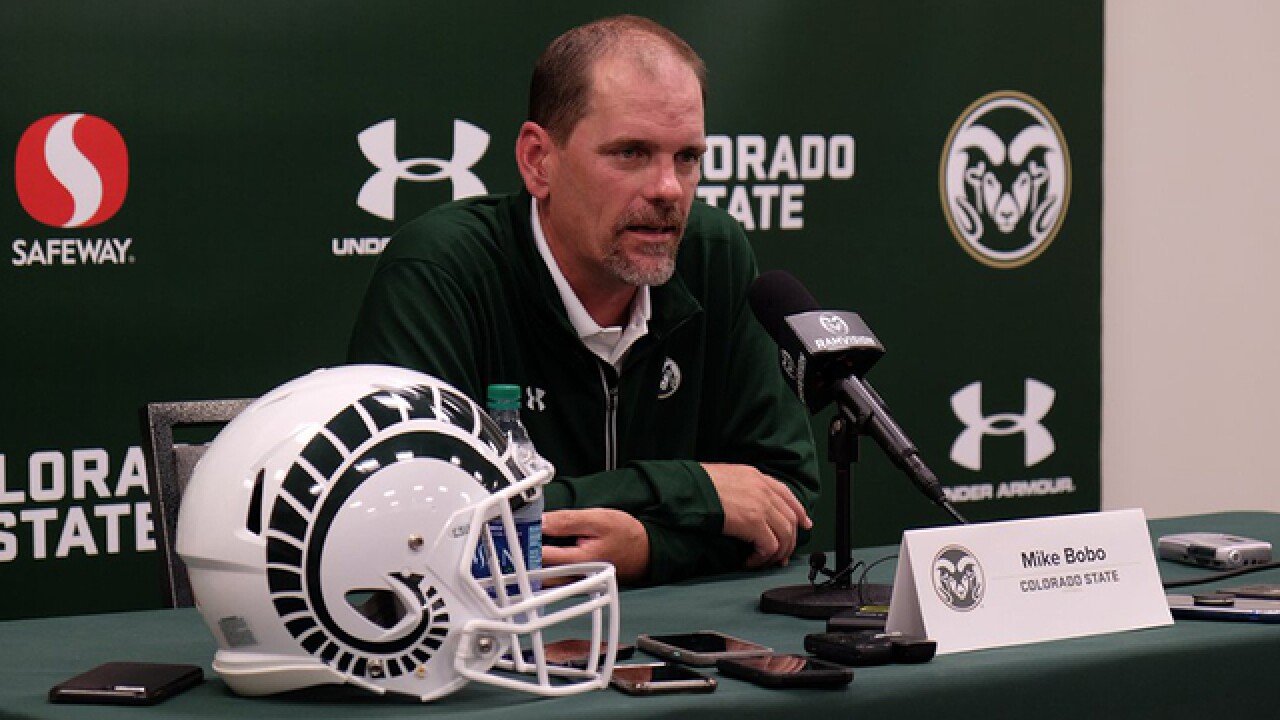 FORT COLLINS, Colo. (AP) — Colorado State coach Mike Bobo remains hospitalized while doctors try to figure out why he has numbness in his feet and his coaching staff prepares for the Rams' opener against Hawaii this weekend.

Athletic director Joe Parker said Monday that Bobo has been transferred from Fort Collins to another hospital in Denver and continues to seek answers to his medical condition but "there is an expectation that any day now he could be discharged."

Parker said Bobo has remained in touch with his assistant coaches since he was hospitalized on Aug. 12 and the two spoke for a half-hour by phone Sunday night.

Offensive coordinator Dave Johnson said the coaching staff is still unsure who would call plays if Bobo is unable to be on the sideline Saturday night at Canvas Stadium.

"It's still a little premature for us to finalize that, but we have a couple of things that we've talked about, kicked around, that we feel very good about in terms of a combination who's on the field, who's in the booth and all that," Johnson said. "So, we'll probably finalize that if need be toward the end of the week."

Defensive coordinator John Jancek said Bobo has been watching the practice film and communicating with his assistants throughout his hospital stay, texting them with suggested corrections.

"We just want him back," Jancek said. "He's a great leader."

The 44-year-old Bobo is 21-18 in three seasons in Fort Collins and has taken the Rams to bowl games all three years. Bobo arrived at Colorado State from Georgia, where he was a quarterback for the Bulldogs and later their offensive coordinator.