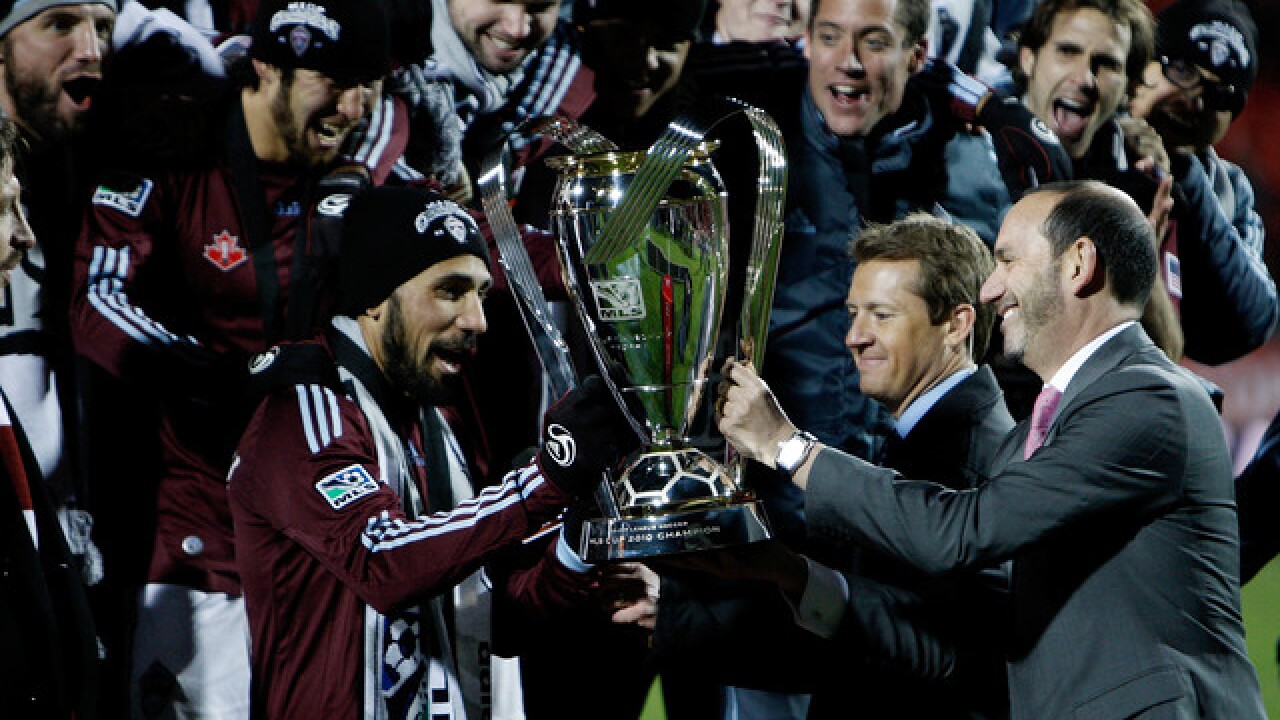 2010 Getty Images
Abelimages
<p>TORONTO, ON - NOVEMBER 21: MLS Commissioner Don Garber (R) hands the Philip F. Anschutz Trophy to Captain Pablo Mastroeni #25 (L) of the Colorado Rapids who accepts it on behalf of the team in honor of their 2-1 overtime victory against FC Dallas during the 2010 MLS Cup match at BMO Field on November 21, 2010 in Toronto, Canada. (Photo by Abelimages/Getty Images)</p>

DENVER – The Colorado Rapids announced Tuesday they had hired Ena Patel as the new director of player personnel.

Patel joins the Rapids after working at San Francisco-area firms DLA Piper LLP and Baker McKenzie as an international tax planner who focused on mergers, acquisitions, and company restructurings, the Rapids said in a news release announcing Patel’s role.

She will oversee player contracts, salary budgets, compliance with regulations and soccer operations with the Rapids.

“Ena’s hiring is the final piece of the puzzle for us on the front office side,” Rapids Executive Vice President and General Manager Padraig Smith said in a release. “Bringing in a sharp, legal mind who can oversee our contractual processes and complex league mechanisms is a really important part of ensuring that we’re fielding the best possible team. We can’t wait for her to get started.”

The Denver Post reports that Patel is the highest-ranking female executive in MLS. She has a master of laws in taxation from Northwestern University and a juris doctor from Loyola Law.

“This is a tremendous opportunity for me both personally and professionally,” said Patel. “I’ve been interested in making the jump to professional sports for some time and very much appreciate the support shown by everyone – including my friends, family and former employers. The opportunity to be a part of a club with an ambitious vision for the future is very exciting, and I can’t wait to get started. It’s easy to see that this is a club with a very bright future.”