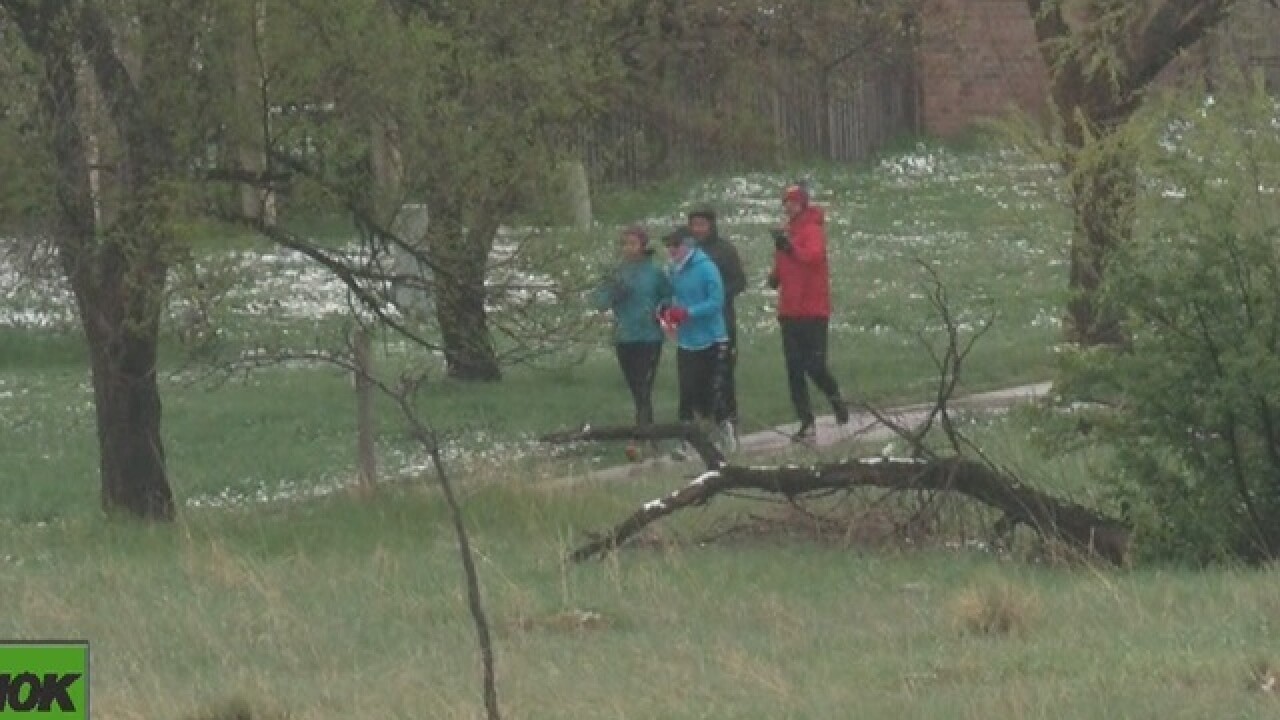 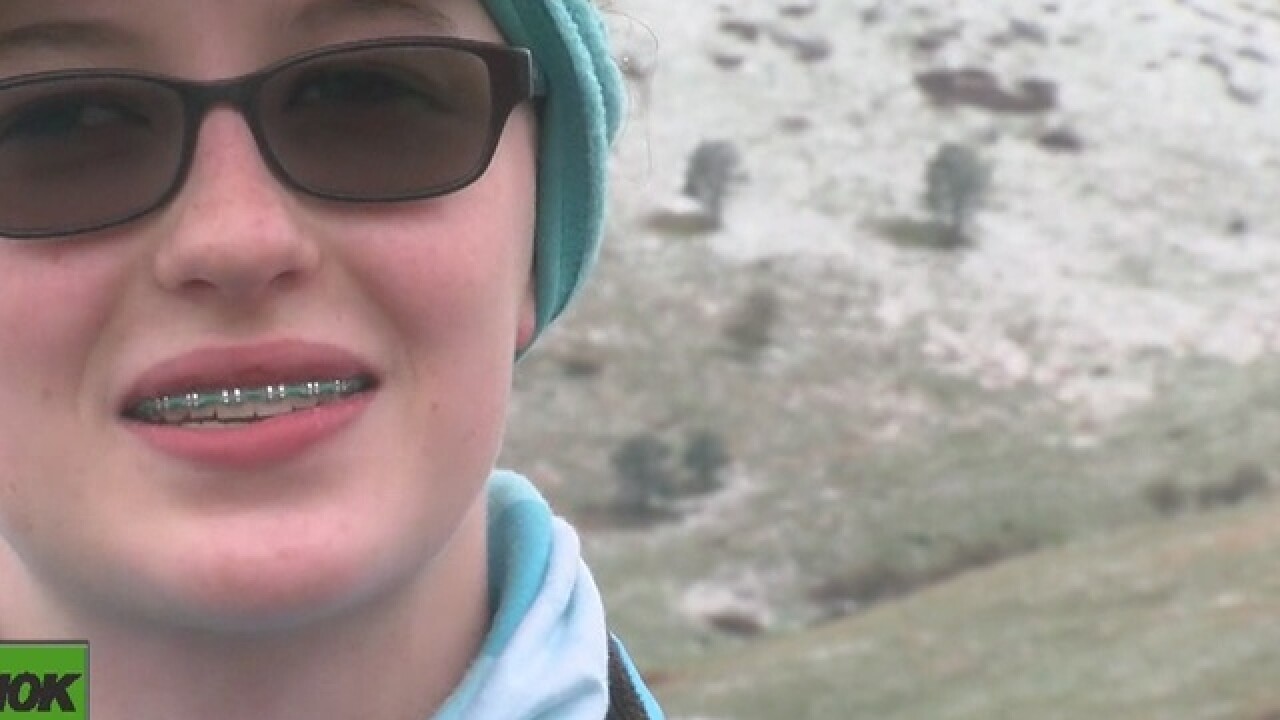 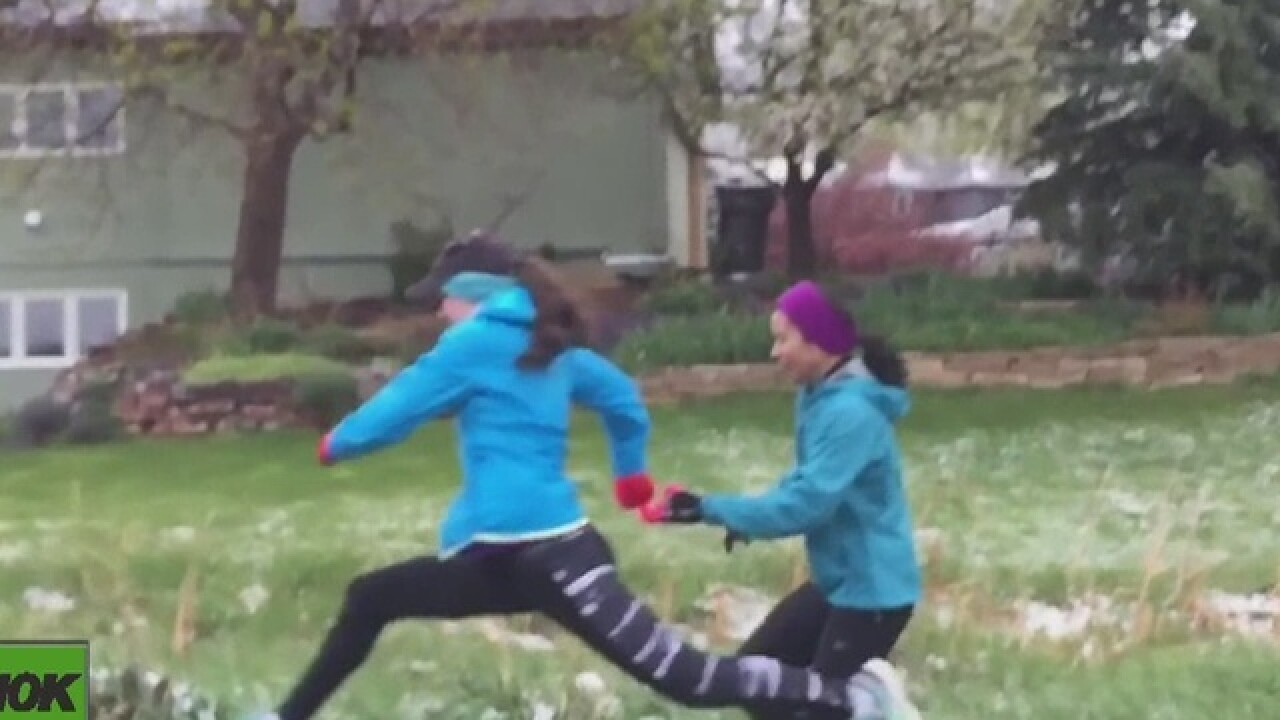 On a cold day in Boulder, Paula Kissinger looks like she should be skiing. Instead, she’s in the middle of training for the Bolder Boulder , getting ready for the final run into Folsom Field.

"At the very end is this huge hill into the stadium, which is always the killer because like, you're already super tired, so that's not never fun," Paula said.

While that final stretch will be tough, it’s not the biggest challenge Paula will face during the 10k race.

"I think the most surprising thing for people is that I'm actually legally blind."

Up close, Paula can see and read clearly.  But once things get a few feet away, the details start to go away.

"I can see the outline of the trail,” she says of her training run. “I can see if somebody is coming, so those are the two most important things."

Christine Ramirez is Paula’s guide through Achilles International . She uses a tether to help guide Paula along the trail.

"Often times you do feel like either they're pulling you or you're pulling them," Christine told Denver7. "Getting to know the rhythms of each athlete is a lot of it."

"You just hold the other end and your guide can kind of like maneuver you without jerking on you or physically pushing you," Paula added.

Paula has two guides. The other is Phil Germakian.

"Someone to be on the tether with the athlete, and then another person stay in front or in back to guide them, to warning of bikes, dogs," said Phil.

This will be Paula’s fifth Bolder Boulder . Her goal simply to run faster than she did last year.