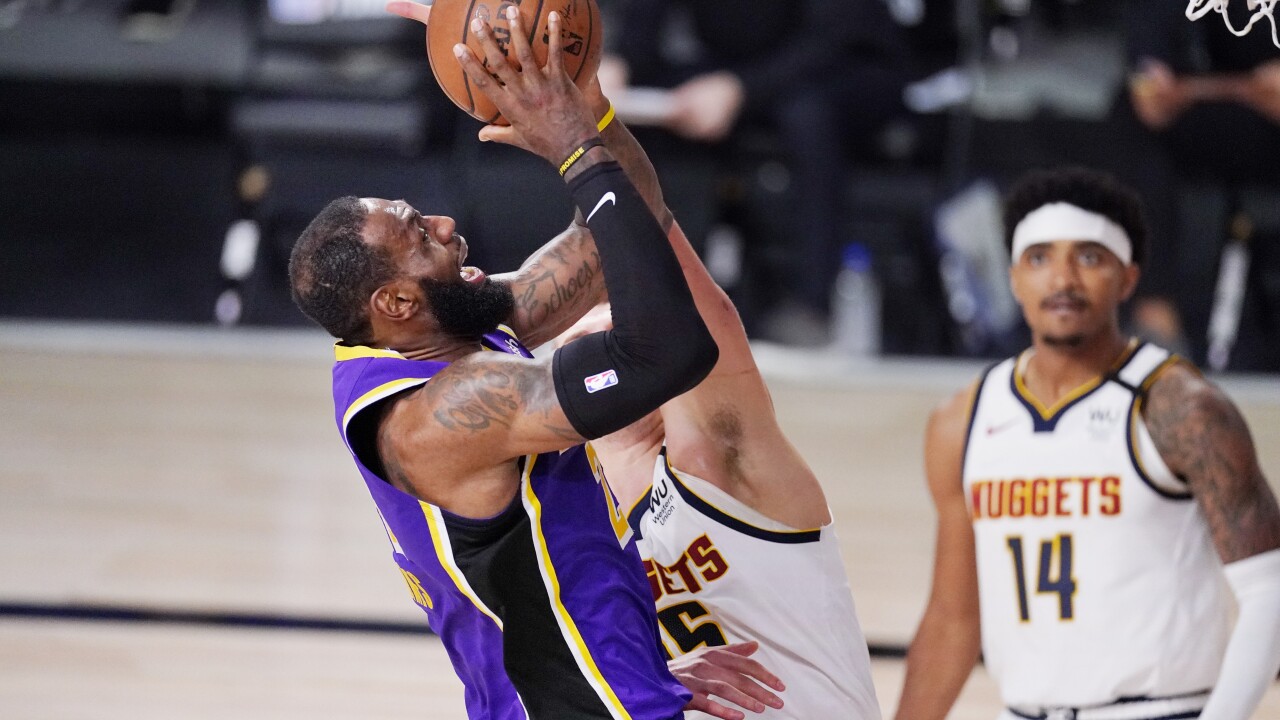 LAKE BUENA VISTA, Fla. (AP) — LeBron James is going to a 10th NBA Finals — and for the first time in a decade, so are the Los Angeles Lakers.

James punctuated his 27th postseason triple-double with a big fourth quarter, powering the Lakers to a 117-107 victory over the Denver Nuggets on Saturday night to win the Western Conference finals in five games.

James finished with 38 points, 16 rebounds and 10 assists to become the fourth player to reach 10 NBA Finals.

The Lakers will face either Miami or Boston in their 32nd NBA Finals appearance, most in league history.