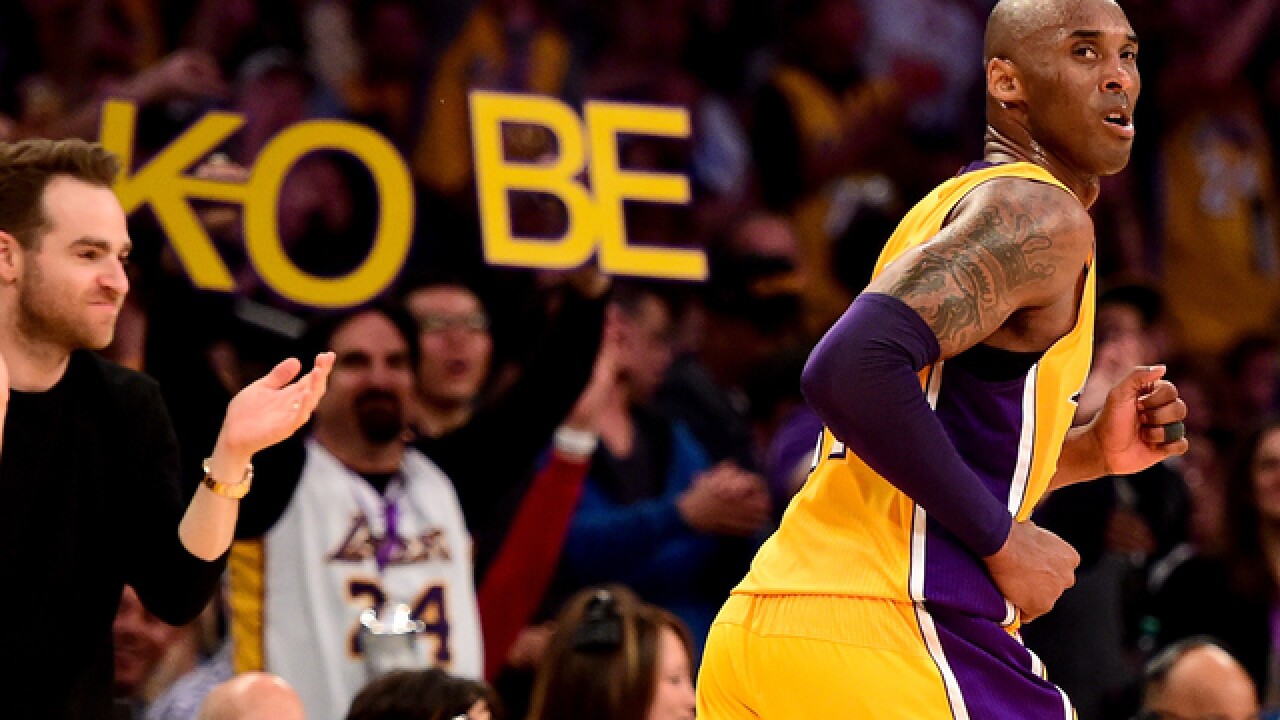 Harry How
LOS ANGELES, CA - APRIL 13: Kobe Bryant #24 of the Los Angeles Lakers reacts in the third quarter against the Utah Jazz at Staples Center on April 13, 2016 in Los Angeles, California. NOTE TO USER: User expressly acknowledges and agrees that, by downloading and or using this photograph, User is consenting to the terms and conditions of the Getty Images License Agreement. (Photo by Harry How/Getty Images)

Kobe Bryant went out absolutely firing in his final game before retirement, giving the Los Angeles Lakers one more dazzling display of offense to close out his 20-year career.
And he went out a winner.
Scoring 60 points -- on 50 shots -- Bryant's career came to a close Wednesday night with the Lakers beating the Utah Jazz 101-96. Bryant hugged former teammate Shaquille O'Neal in the final seconds and scored 23 points in the final quarter.
It was a storybook finish, the sixth 60-point game of his career. It also was the most shots taken by anyone in an NBA game in the last 30 seasons, according to STATS.
Bryant checked out with 4.1 seconds left, serenaded by "Kobe! Kobe! Kobe!" chants. He retires as the NBA's No. 3 all-time scorer and won five championships. No one in NBA history ever scored more points in his last game.
Associated Press 2016