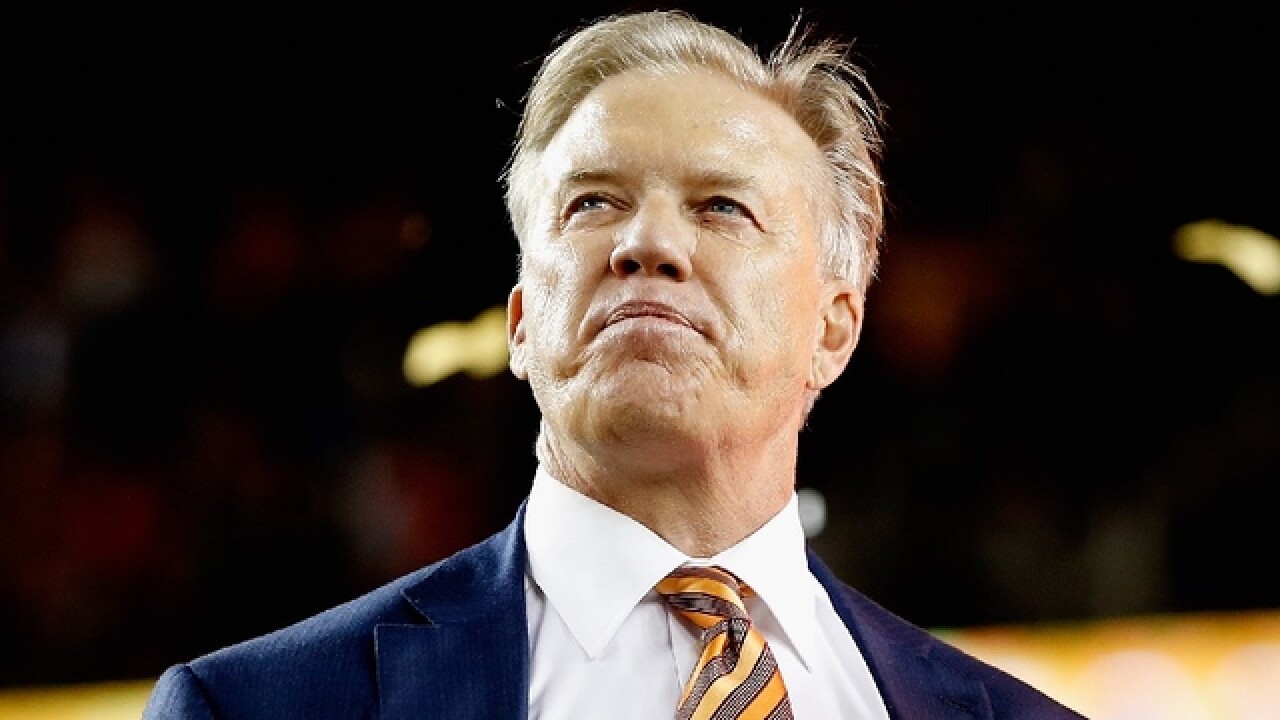 ENGLEWOOD, Colo. (AP) — When Peyton Manning retired, he evidently took the "Hurry! Hurry!" mantra with him out of Broncos headquarters.

GM John Elway has practiced patience in searching for his next QB after losing Manning to the golf links and Brock Osweiler to the Houston Texans.

He steadily sifted through the free agent market, this year's college crop of quarterbacks and even other teams' rosters.

Elway met with Colin Kaepernick last month, but a trade with San Francisco for their recalcitrant quarterback didn't materialize after the Broncos insisted on both a discount and a rebate.

A visit with Brian Hoyer on Thursday went well, Elway said, but not good enough to scuttle the free agent's flight to visit with another team.

As Super Bowl champs and picking last, Elway wasn't about to mortgage his franchise's future to move way up like the Rams and Eagles did for the chance to grab Carson Wentz or Jared Goff in next week's NFL draft.

"It's a long way to move," Elway said, "and when you look at how much they paid for where both teams moved, I think it might have taken four of our drafts. It would have been a little difficult."

So, don't be surprised if Elway selects another defensive player, such as Robert Nkemdiche, with the final pick of the first round and then uses one of his nine other draft picks on a project passer on the second or third day.

With a dominant defense that has already secured one Lombardi Trophy, Elway sees no need to panic over who will be under center.

"First of all, we feel good with Mark," Elway said. "To really have to rush into a decision, we didn't want to have to do that. Because if you run into one and all of a sudden here falls another one, another apple over there that you kind of like — I just didn't want to get us to where we were going down one road and didn't have the option to look at all of the others.

WHAT ABOUT TREVOR? Siemian has taken one NFL snap, but he does have more experience in Gary Kubiak's system than Sanchez and anyone else who's available.

"We are really happy with Trevor and the way that he's played," Elway said. "He's very talented. He's got great arm talent and he's a young guy. He came off an ACL (injury) last year, so he will be much better coming in this offseason program. Plus, he's got a year under his belt as far as the offense, so he'll feel a lot more comfortable.

"Trevor is going to compete, too."

TIME CRUNCH: Elway disputed the notion that the Broncos had to play catch-up in the draft because of playing in the Super Bowl.

"No, we're not behind. We're in good shape. We're right on schedule," he said. "There wasn't a lot of time to breathe. One thing I did learn is that it's much better winning a championship as a player than it is as an executive. You get much more time off as a player to enjoy it."

Still, he said, "I'll take that problem every year."

DIFFERENT TUNE: A year ago, Elway blasted wideout Demaryius Thomas for skipping out on the team's offseason program after receiving the franchise tag. He wasn't so miffed about Von Miller following suit this year.

"This is all voluntary," Elway said of the workouts that began April 18. "If Von chooses to be here, then great. You always hope that everybody is here, but players have different things they have going on in the offseason. It's a voluntary session."

MANNING'S LEGACY: "We will always miss Peyton," Elway declared. But he insisted Manning's retirement didn't prevent the Broncos from luring the free agents they wanted to shore up their lines: Russell Okung, Donald Stephenson and Jared Click.

31 IS THE NEW 32: Normally, owning the No. 31 selection in the draft is heart-breaking. It means you're first runner-up.

With the New England Patriots losing their first-round selection — at No. 28 — in the "Deflategate" scandal, Arizona, Carolina and Denver all were bumped up one spot.

"We love being there," Elway said.