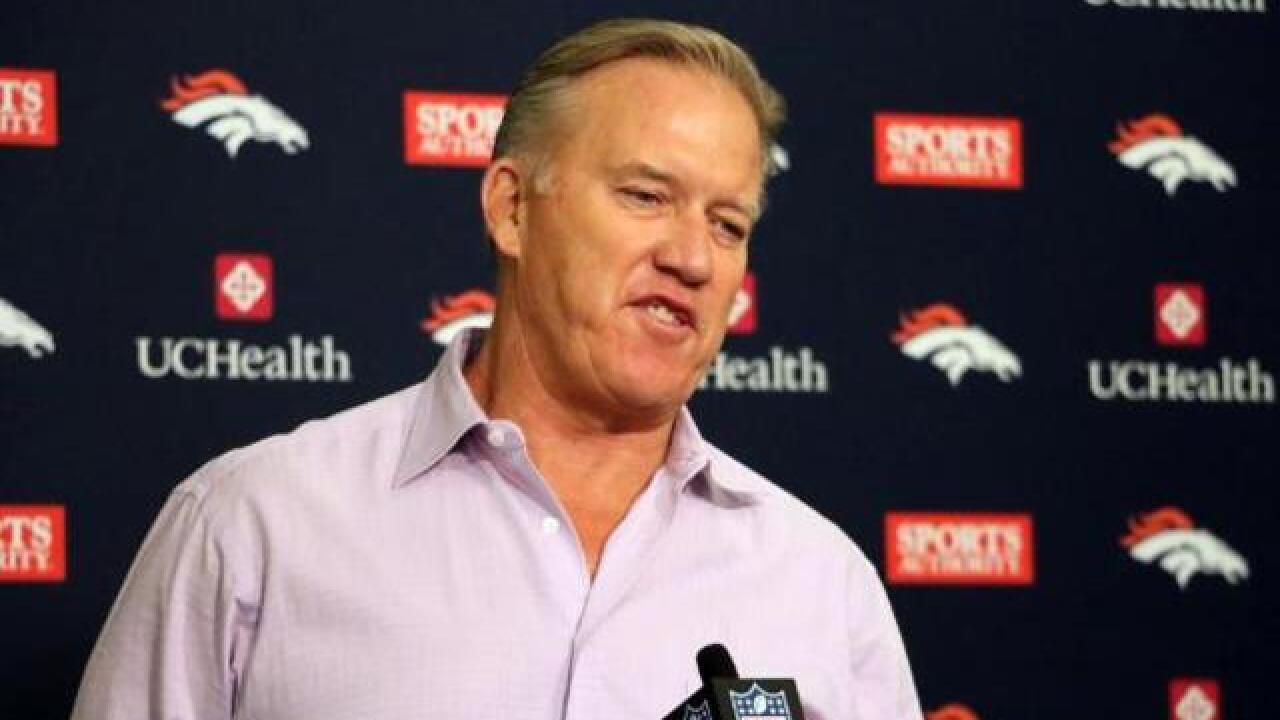 ENGLEWOOD, Colo. (AP) — A year after pummeling Demaryius Thomas for boycotting the Broncos offseason program while angling for a new long-term contract, John Elway is giving Von Miller a pass.

Denver's general manager isn't nearly as miffed over Miller's absence as the Super Bowl MVP competes in ABC's "Dancing With the Stars" instead of working out with his teammates.

"This is all voluntary," Elway said Thursday. "If Von chooses to be here then great. You always hope that everybody is here, but players have different things they have going on in the offseason. It's a voluntary session."

At his pre-draft news conference last year, Elway criticized Thomas' strategy of staying away, which is the only leverage star players have when they get franchised.

Back then, Elway said, "there's zero value of him being away from here." And he bristled when it was suggested that Thomas was simply protecting himself against injury, suggesting, "If he gets hurt here, he's covered. If he gets hurt somewhere else he's not."

The same would hold true for Miller, although there are some important differences in the two stars' situations.

Thomas admittedly had a difficult time finding his rhythm and timing in coach Gary Kubiak's newly installed offense when he reported to training camp. His season was both promising — topping 100 catches and 1,300 yards again — and perplexing — 18 drops, a non-factor in the playoffs.

Miller will eventually return to a defense he's very familiar with, one that led the Broncos to their first Super Bowl title in 17 seasons behind his two sack-strips of Cam Newton in Denver's 24-10 win over Carolina.

Miller hasn't signed his $14.129 million tag while his agent, Joby Branion, seeks a contract that would make his client the NFL's highest-paid defensive player.

The sides have until July 15 to work out a long-term deal or Miller would have to play the 2016 season under the franchise tag.

Asked if he anticipates this contract stalemate lasting all offseason like Thomas' did, Elway said, "I don't know. I would hope not, but we'll see. I think that it's not nearly as bad as people have portrayed it being. I know what I think of Von Miller and I know what this organization thinks of Von Miller. He is very important to us and we're going to work our tails off to try to get something done with him."

Elway said there really hasn't been much to the contract talks yet.

"There has been one offer and then there has been a counter," he said. "We've been in draft meetings, too, so there haven't been a whole lot of conversations."

Just how far apart the sides are he wouldn't say.

"You would like to be a little bit closer, but that's where you start," Elway said. "We'll continue to work on it and hopefully be able to get something done."