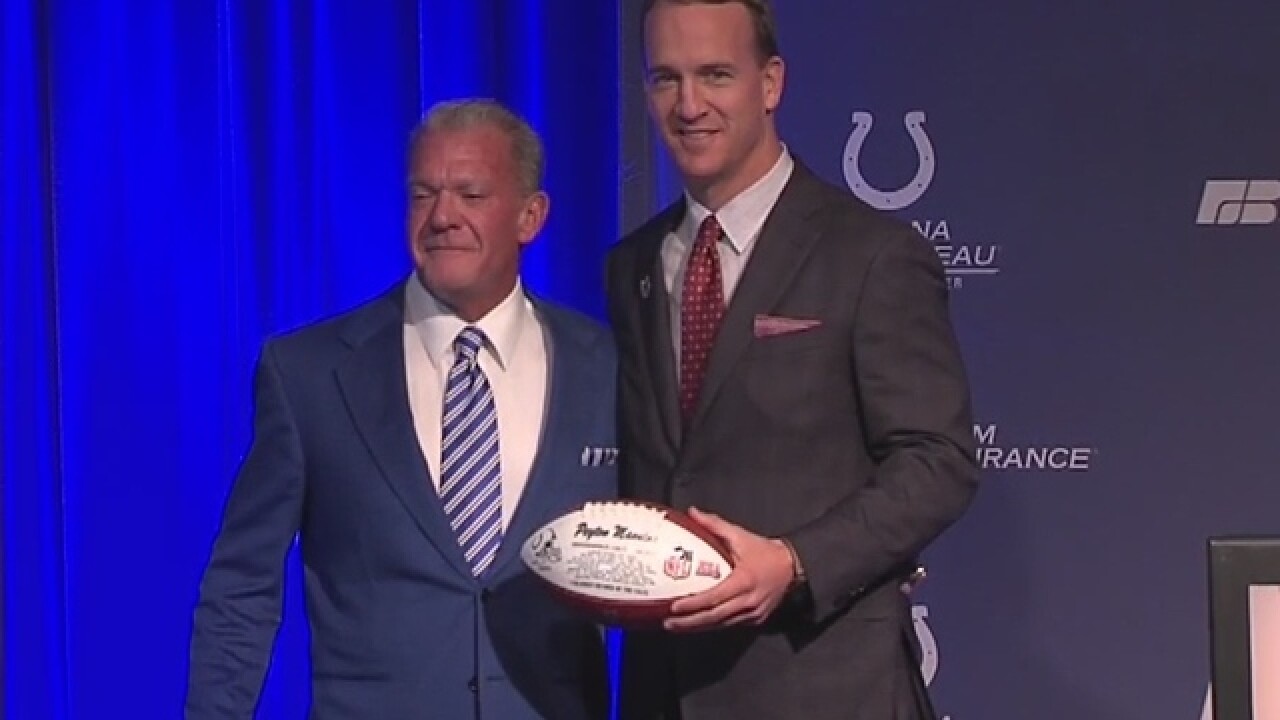 The owner of the Indianapolis Colts announced that the team would retire the No. 18 jersey in honor of Peyton Manning.

"No future Indianapolis Colt will ever wear No. 18," Jim Irsay said during a news conference Friday.

"The likes of him will never be seen again," Irsay said about Manning.

Irsay said there would also be a statue built outside of Lucas Oil Stadium featuring Manning. Irsay said the statue would be a destination fans could visit, "like Jim Morrison's grave... but it's a not a grave."

Jim Irsay, in awkward fashion, announces Peyton Manning will get a statute outside of the Indy stadium and the Colts will retire the #18

Irsay joked that the statue would be a place fans could leave cans of Budweiser.

"I can't tell you how honored and humbled I am... I really don't know what to say. It was my honor and privilege to play for this organization for 14 years," Manning said. "I'll always be a Colt."

Manning praised Irsay for his generosity.

"I'll always be indebted to you for that, Jim," Manning said.