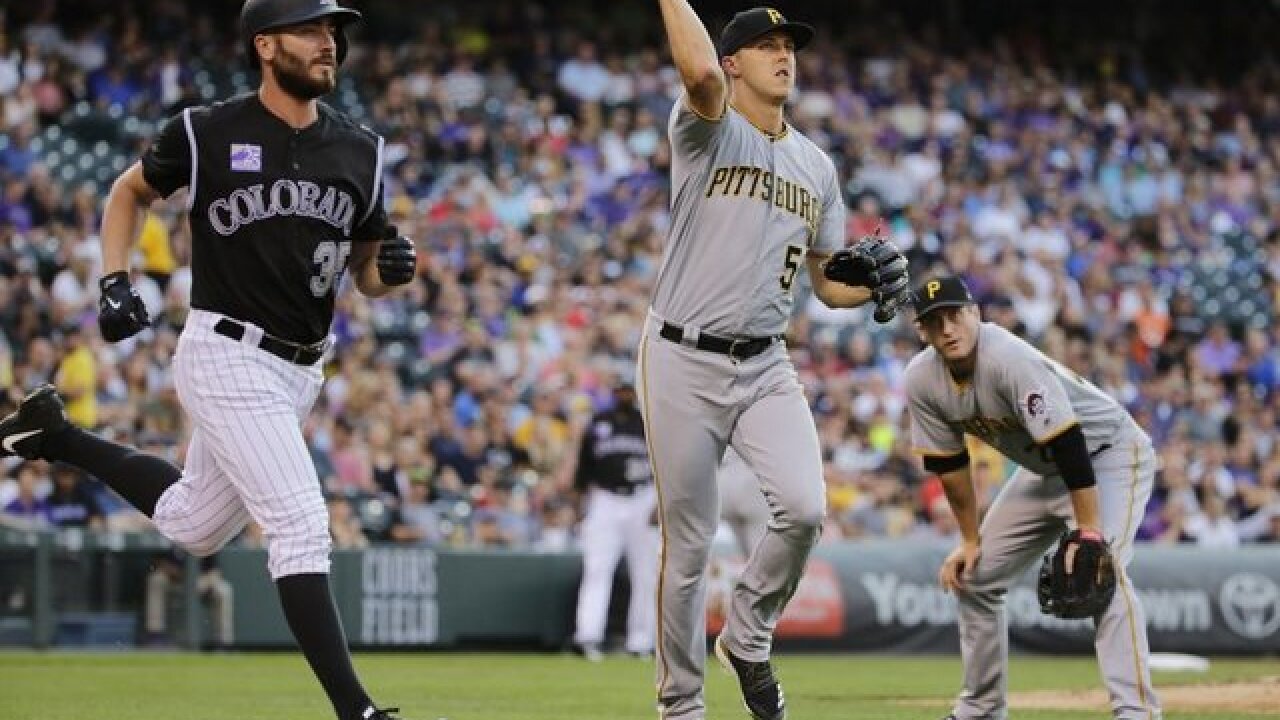 DENVER (AP) — Jameson Taillon beat Chad Bettis in a matchup of pitchers who battled cancer last year, and the Pittsburgh Pirates hit three homers in a 10-2 victory over the Colorado Rockies on Tuesday night.

Taillon (9-8) allowed 10 hits in his second complete game of the season. The 26-year-old right-hander struck out three and walked one, helping the Pirates stop a three-game slide.

Starling Marte hit a solo drive in the first and Jordy Mercer connected for a three-run shot against Bettis (5-2) with two out in the fourth. Josh Harrison capped Pittsburgh’s five-run fifth with a two-run homer off Jake McGee.

Bettis (5-2) allowed nine runs and eight hits over 4 2/3 innings in his first start after missing five weeks with a blister on his right middle finger.

Taillon was diagnosed with cancer last year and missed six weeks after surgery last May.

Bettis was diagnosed in November 2016. He was cleared to report to spring training before tests revealed he had cancer in his lymph nodes and he underwent treatment. He made his season debut on Aug. 14 and started nine games last year.

Colorado made it 10-2 on Carlos Gonzalez’s two-run double with one out in the sixth.

Shortstop Adeiny Hechavarria joined the Pirates in time for Tuesday’s win. He was acquired Monday in a trade with Tampa Bay.

Rockies star Charlie Blackmon singled in the sixth inning for his 1,000th career hit. He received a short standing ovation from the crowd.

Pirates: INF Sean Rodriguez was placed on the 10-day DL — retroactive to Monday — with a strain to the left abdomen.

Pittsburgh right-hander Chris Archer (3-5, 4.40 ERA) will make his second start since he was acquired in a trade with the Rays. He will face Rockies right-hander German Marquez (9-8, 4.70 ERA) in the series finale on Wednesday.