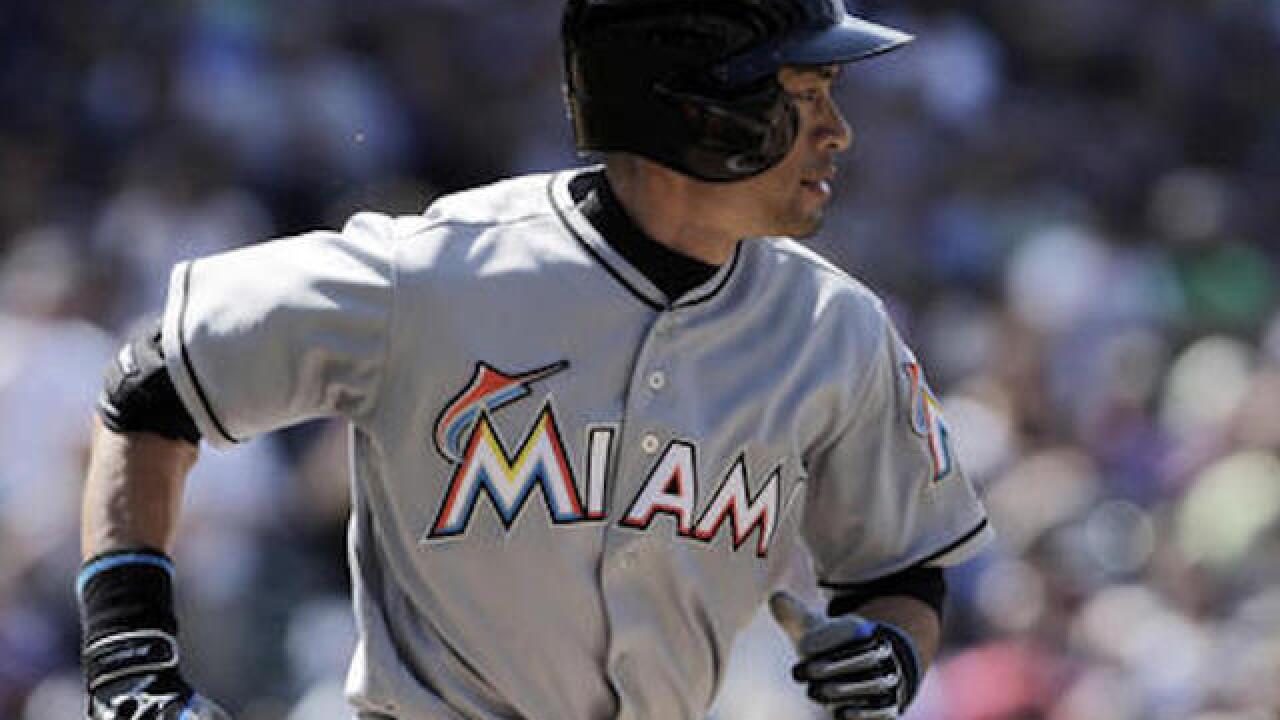 Joe Mahoney
<p>Miami Marlins' Ichiro Suzuki (51) runs to first base on a ground out in the third inning of a baseball game against the Colorado Rockies in Denver on Sunday, Aug. 7, 2016. Suzuki is one hit away from 3,000 in his Major League Baseball career.(AP Photo/Joe Mahoney)</p>

CENTENNIAL, Colo. -- The first time I heard of Ichiro Suzuki I sat in the bleachers at Ray Kroc Stadium in Yuma, Ariz. I was covering the Yakult Swallows practice. The San Diego Padres, the previous tenant, had bolted for newer digs in Peoria. The Swallows filled the void in February with a three-week spring training. Hensley "Bam Bam" Meuelens anchored the middle of the order with fan favorite Tom O'Malley. Left-hander Kaz Ishii steadied the rotation.

But there were only so many stories I could pitch to the fantastic Yuma Daily Sun sports editor Bob Romantic on these players. I spent plenty of time watching. And listening. And the stories told about Ichiro were breathtaking. As a 20-year-old, he posted a 210-hit season for the Orix Blue Wave. The Yakult general manager told me the kid was the Michael Jordan of Japanese baseball. This was when Michael Jordan was still the Michael Jordan of American basketball. I filed it away, thinking he was onto something, but suspicious of embellishment.

When Ichiro arrived in spring training in 2001, questions followed him. No Japanese position player had starred in the major leagues. And in the Cactus League, he failed to soothe concerns. He couldn't pull the baseball. Turns out later, I was told, he was sandbagging. All he did was hit .350 as a rookie in 692 at-bats. He showed up in Tucson in a subsequent spring and I was standing outside the locker room with Rockies second baseman Aaron Miles. What makes Ichiro special?

"He's like 'The Matrix,'" Miles said, referencing Ichiro's ability to have every body part moving forward, while his hands stayed back to line shots in all directions.

Which brings me to my Ichiro memory.

I was covering the 2009 All-Star Game in St. Louis. The access was great, and I wandered over to Ichiro for an interview. I had talked to him before, but not like this. I told Ichiro I always thought he was going to become the first player to hit .400 since Ted Williams in 1941. He just had one problem. He never walks.

"That's because I don't believe that's what I am up there to do," Ichiro said. He explained it was a sense of national pride to hit, not to walk.

I could appreciate that. Ichiro could always rake. I once saw him hit 20 home runs in batting practice at Safeco Field. He was as unique as anyone I have  watched in person. It is cool that he recorded his 3,000th hit at Coors Field with a triple off the outfield wall. So back to the All-Star game. I was making conversation with Ichiro and noticed his shiny, retina-burning cleats.

"Sweet silver cleats," I told him.

On Sunday, Ichiro was platinum indeed.