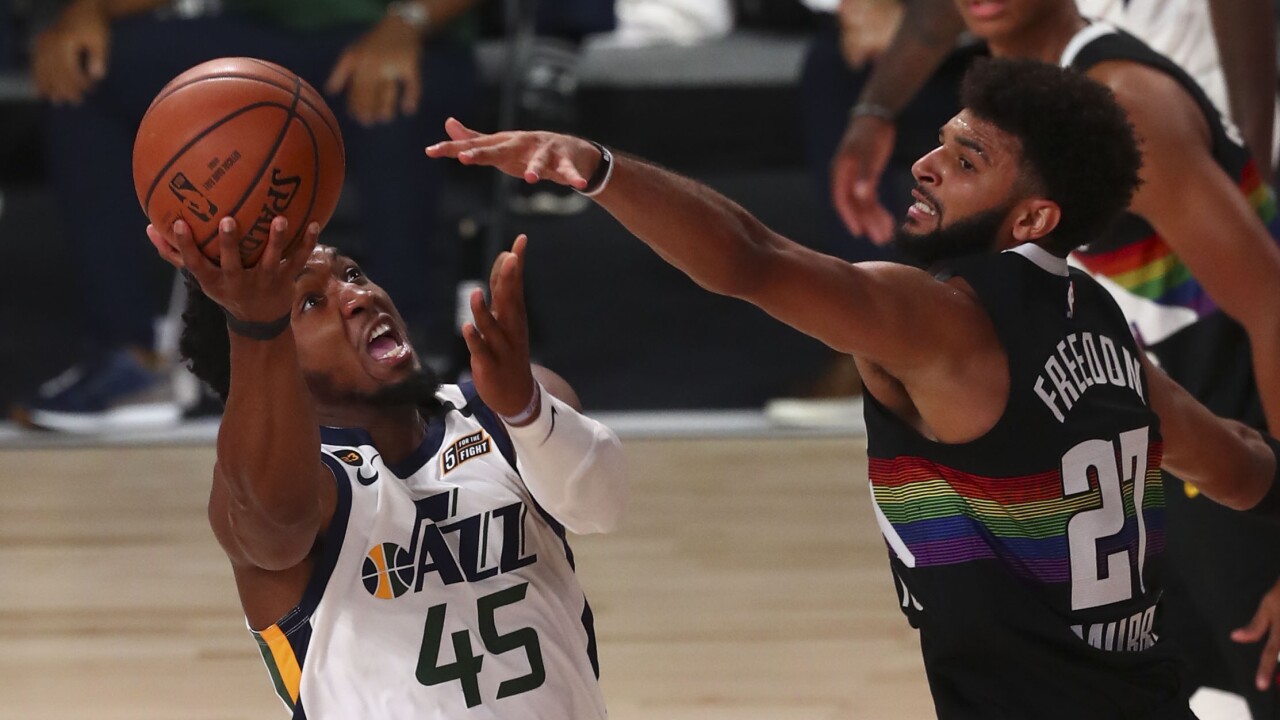 DENVER – The most exciting series thus far of the NBA playoffs will be decided in a Game 7 Tuesday evening that will air on Denver7.

The Denver Nuggets and Utah Jazz will tip off at 6:30 p.m. Tuesday on Denver7 and ABC, with a 30-minute ABC pre-game show starting at 6 p.m. The Denver7 Sports team will be hosting a preview show on Facebook Live and the Denver7 streaming apps on Roku, Apple TV, and Amazon Fire starting at 5:30 p.m.

On Sunday, the Nuggets’ Jamal Murray continued his amazing series run, scoring 50 points for the second time this series on the way to a 119-107 win over the Jazz.

He and Jazz guard Donovan Mitchell have been the stars of the series – and arguably, the playoffs – thus far, as both have dropped 50-point games twice. Mitchell finished Sunday with 44.

MORE: 7 eye-popping stats from Jamal Murray ahead of Nuggets-Jazz Game 7

The two are the fourth and fifth players in league history to have two 50-point games in the same postseason, along with Michael Jordan, Wilt Chamberlain and Allen Iverson. Murray is also among few players to ever have scored 40 points in three straight playoff games.

The Nuggets are also trying to become the 12th team to come back from a 3-1 series deficit to win a series.

Denver won the series opener, but Mitchell powered the Jazz to three straight wins. The Nuggets and Murray mounted a stunning comeback in Game 5, and Murray’s hot hand Sunday evened the series.

Game 6 was postponed late last week after a strike by the players in protests of another shooting by police officers of a person of color, Jacob Blake. Murray, who has worn the images of Breonna Taylor and George Floyd on his sneakers during the series, was overcome with emotion after Sunday’s win, and he praised the NBA for coming together and for those who have died for giving him strength during the series.

“We found something worth fighting for,” Murray said.

Tuesday’s Game 7 will be the third series in a row the Nuggets have gone to a Game 7. They beat San Antonio last year before losing to Portland.

The winner of the game will face the Los Angeles Clippers in the next round, who defeated the Dallas Mavericks Sunday to win the series 4-2.

Coverage starts on Denver7 and ABC at 6 p.m. Tuesday. Denver7 News and full coverage from the Denver7 Sports team will air following the game.