Furniture Row Racing will field a 2nd team in 2017 with Erik Jones driving the No. 77 Toyota Camry 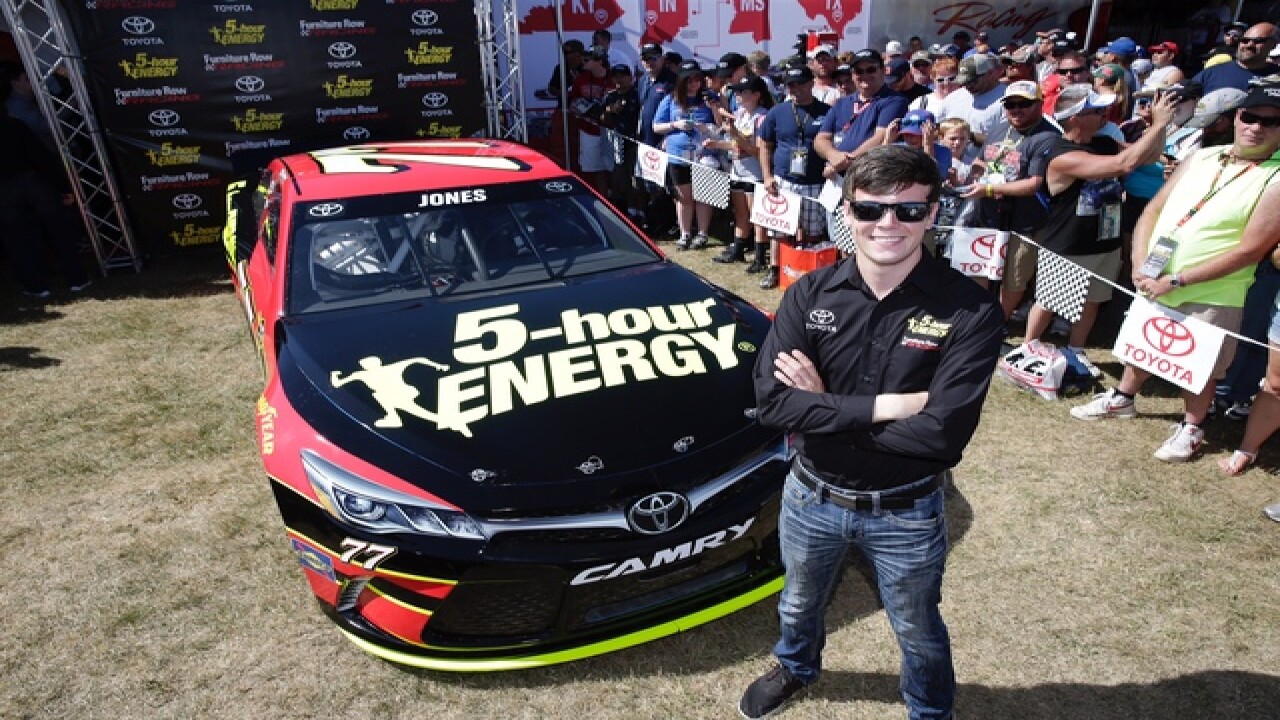 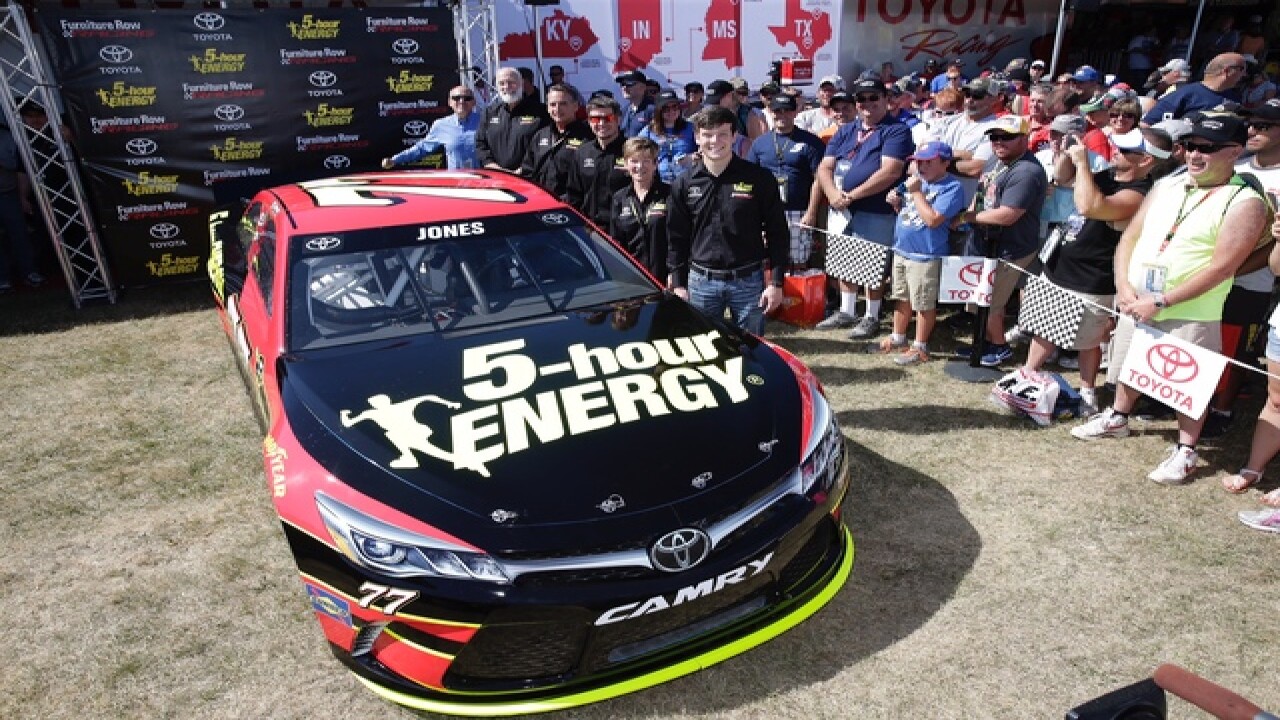 WATKINS GLEN, N.Y. (Aug. 7, 2016) – Furniture Row Racing announced today that it will field a second team in 2017 with Erik Jones driving the No. 77 Toyota Camry in the NASCAR Cup Series.

5-hour ENERGY will be the primary sponsor on Jones’ Camry for 22 races, launching the Cup Series rookie campaign for the 20-year-old driver.

Jones, a native of Byron, Mich., won the 2015 NASCAR Camping World Truck Series driver’s championship and moved to the NASCAR XFINITY Series in 2016 where he currently has three wins piloting a Camry for Joe Gibbs Racing.

“I just can’t believe this is really happening,” said Jones, who will run the full Cup schedule in 2017. “We have been talking about Cup racing for a while, but to actually make the announcement is surreal. This is every young driver’s dream, to be with a manufacturer like Toyota, an organization like Furniture Row with its successful technical alliance with Joe Gibbs Racing, and an incredible sponsor like 5-hour ENERGY who is so well known for promoting its racing program.  They have given me a life-changing opportunity and my mission is to make each of them proud.”

“We take our NASCAR sponsorship very seriously as this is a major financial commitment, so we looked at several options for the 2017 season and beyond,” said Rise’ Meguiar, vice president of Living Essentials, parent company of 5-hour ENERGY. “The combination of a young incredibly talented driver, the success Toyota has had with all of its teams at Joe Gibbs Racing and Furniture Row and the way Martin has been running in the No. 78, we just felt this opportunity met our company’s objectives the best.  Erik has earned the hype around him and we are proud to be a part of introducing him nationally with commercials, in-store displays and promotions.  This is a really exciting opportunity for 5-hour ENERGY.”

Furniture Row Racing, based in Denver, Colo., has earned a reputation as a consistent front-runner and a championship-contending organization with Truex and the No. 78 Camry. A Cup Series championship Chase finalist last season, Truex already has secured a 2016 Chase berth with one win, three poles and more than 1,000 laps led.

“Today has been a long time coming for Furniture Row Racing,” said team owner Barney Visser. “Since we started our NASCAR journey 11 years ago it was our goal as a single-car team to reach a competitive level that would allow us to be in position to win races and compete for championships. With the success the team has shown on the track we feel now is a good time to add a second team. We are thrilled to say that we have secured what we feel is the right mix of a driver, sponsor and manufacturer to support a second-car effort.”

Visser added, “I can say with a great deal of pride and elation that having a young, talented driver in Erik Jones, a supportive and successful company in      5-hour ENERGY, support from TRD (Toyota Racing Development, U.S.A.) and a strong technical alliance with Joe Gibbs Racing have propelled Furniture Row Racing into a new and exciting chapter as a participant in NASCAR’s top racing series.”

Jones’ ascension to the NASCAR Cup Series marks the first time a Toyota developmental driver has grown from local racing through the NASCAR national ranks to the Cup Series.

"Watching Erik progress through the ranks of NASCAR has already been an incredible journey," said Ed Laukes, vice president for marketing, media, incentives, motorsports, Toyota Motor Sales U.S.A. "Erik is a true talent who has proven his abilities on the track as a champion and a race winner, but also off the track as an ambassador for Toyota, his sponsors and his team. The addition of Erik to Furniture Row Racing at the NASCAR Cup level is not only an asset for the team, but an added voice within the structure and teamwork that has proven successful between JGR, FRR, TRD and Toyota. We're all looking forward to seeing Erik behind the wheel of the 5-hour ENERGY Camry contending for Toyota victories and championships."