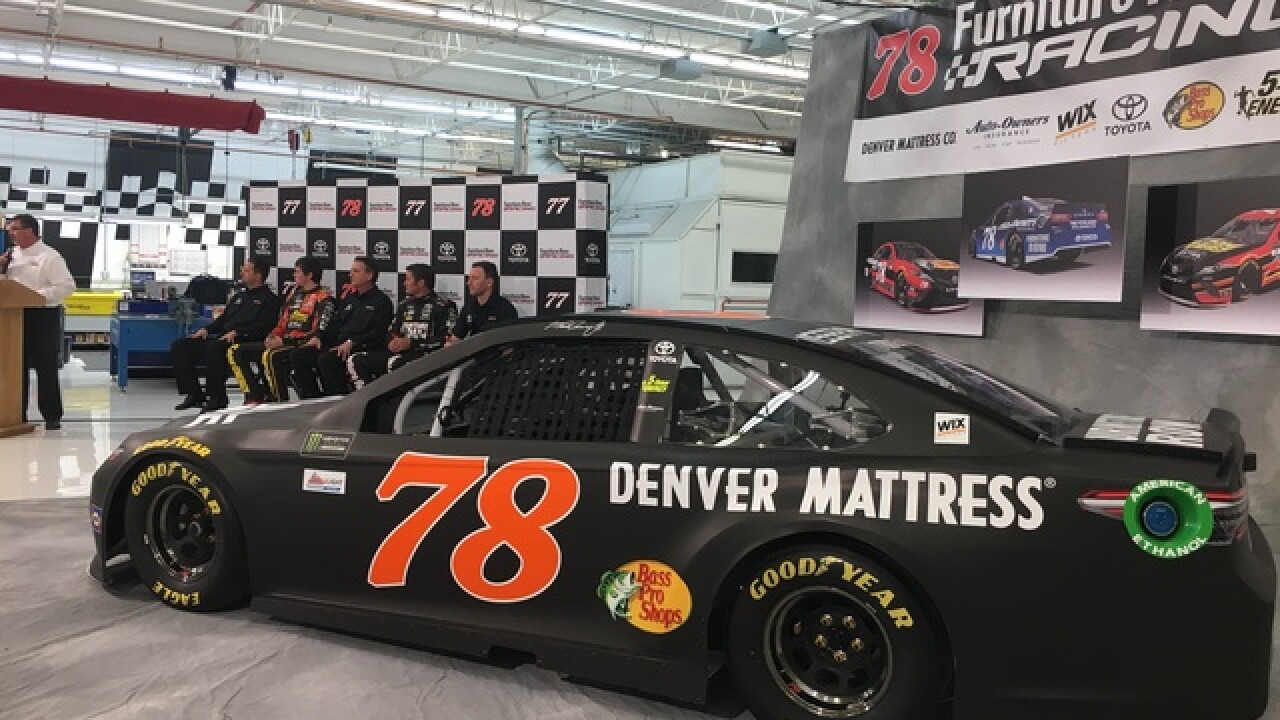 TALLADEGA, Ala. – Martin Truex Jr.’s day started to unravel after posting a solid third-place finish in the first stage of Sunday’s Geico 500 at Talladega Superspeedway.

A pit stop glitch following the completion of Stage 1 on Lap 55 sent Truex back to 17th place, a risky position at NASCAR’s treacherous and biggest track.

“We’re now in the danger zone,” said Truex to his crew via the car radio.

His prophetic statement rang true a short time later when he was collected in a five-car wreck on Lap 71. When the spinning and the dust settled on the high-banked track Truex found himself in 35th place and two laps down.

Truex’s No. 78 Bass Pro Shops/5-hour ENERGY Toyota suffered major damage in the wreck, but after pit road repairs he was able to continue in the race and post a 26th-place finish.

The Furniture Row Racing driver was not only frustrated with being collected in the wreck, but also voiced his disappointment with the pit stop issue that put him in a perilous position.

Truex, who qualified third for the 188-lap race at the 2.66-mile tri-oval, stayed patient in the first stage running third for the majority of the segment.

“We had a pretty good car and felt our Bass Pro Shops/5-hour ENERGY Camry could be a contender, but we never got that opportunity,” Truex noted.

The result dropped Truex to ninth in the driver point standings.

The race had six cautions for 26 laps and there were 25 lead changes among 16 drivers.

The next race is Sunday, May 6 at Dover International Speedway.