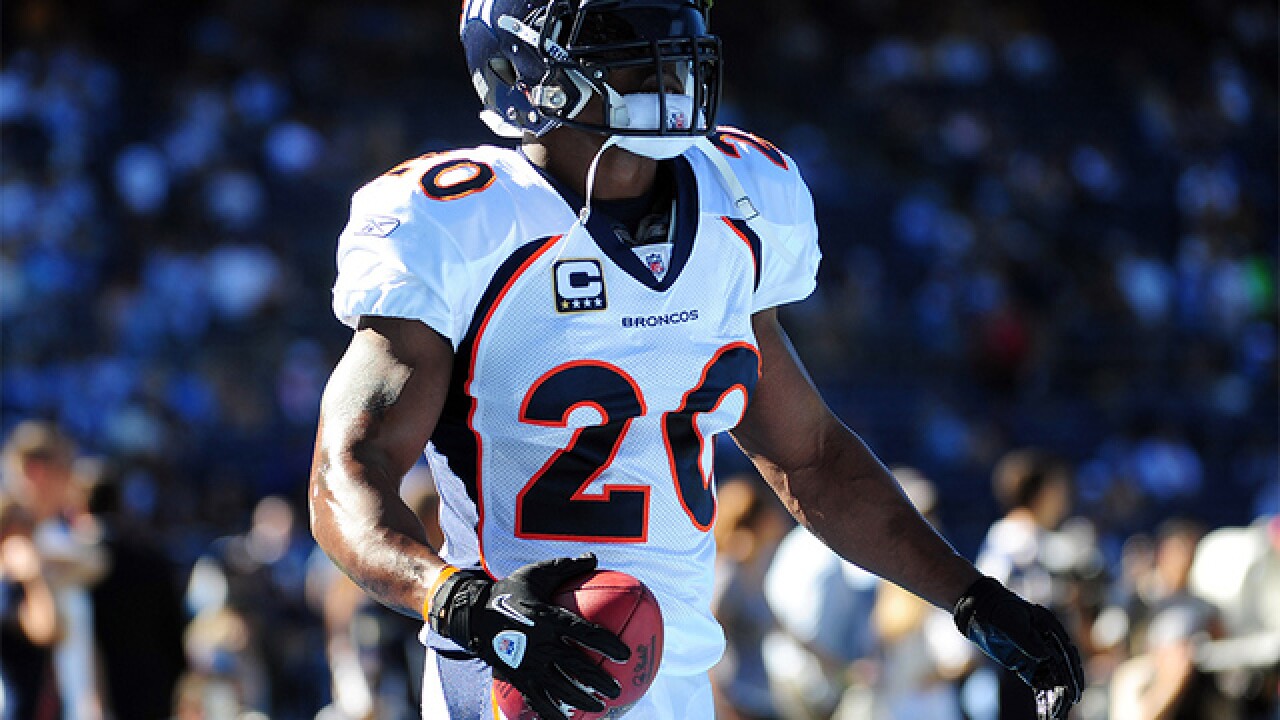 Copyright 2018 Scripps Media, Inc. All rights reserved. This material may not be published, broadcast, rewritten, or redistributed.
Harry How
<p>SAN DIEGO, CA - NOVEMBER 27: Brian Dawkins #20 of the Denver Broncos warms up before the game against the San Diego Chargers at Qualcomm Stadium on November 27, 2011 in San Diego, California. (Photo by Harry How/Getty Images)</p>

CANTON, Ohio (AP) — Joining the most exclusive club in football truly hit home Friday for the Pro Football Hall of Fame’s class of 2018.

While Terrell Owens was in Chattanooga planning his own ceremony, the other seven men who will be inducted into the football shrine Saturday night attended the Gold Jacket Luncheon in Canton. Their takeaway was tinged with awe.

The luncheon isn’t at all about food and drink. It’s about a kinship, a fraternity of the very best at what they did as athletes.

So when the likes of Joe Greene, Dick Butkus and Willie Lanier told their stories to the three linebackers in this year’s class, Lewis, Urlacher and Brazile were spellbound.

“The stories and the brotherhood, I didn’t realize what I was getting into,” Urlacher said, shaking his head while smiling. “To hear the stories of what they’d gone through ... .”

Of course, Kramer went through more than three decades of waiting to get in. The Packers guard became eligible in 1974 and wound up being voted into the hall as a senior candidate.

Brazile also went the senior route after becoming eligible in 1990. Beathard made it in the contributor’s category and has been retired from NFL team front offices since 2000.

Much of the attention at a news conference Friday was paid to the four youngest men in this class; Dawkins got in on his second try. Each of them was stoked by being part of the luncheon gathering.

And they spoke about the guys they idolized.

“Ronnie Lott is the first guy I wanted to be like, I looked up to that cat for much and modeled my game after him,” said Dawkins, who probably was a harder hitter than Lott, though few defensive backs approached Lott’s coverage skills. “He would challenge his teammates to do more, challenge himself to do more. He was a game changer in a game-changing league.”

Urlacher pointed to Butkus, considered by many the greatest middle linebacker in NFL history, and Mike Singletary, his Hall of Fame predecessors for the Bears. But because Urlacher played safety at New Mexico — and often outran every teammate, regardless of position — his hero, like Dawkins’, was a DB.

“Darren Woodson,” Urlacher said. “I was a safety in college and a huge Cowboys fan and he was the guy I wanted to be like when I grew up.”

Urlacher has an edge on Woodson, who hasn’t yet made it into the hall.

Moss mentioned being thrilled to chat with former teammate Chris Doleman, who was inducted in 2012.

“These guys set the foundation and we respect these guys who paved the way,” Moss said. “It was great to be in there and hear a lot about it. You walk out of that room and say, ‘I am glad to be part of this fraternity.’”

At the gold jacket celebration Friday night, Owens made the printed program’s bio, and otherwise was a nonentity while the other class of 2018 members received their jackets.

Dawkins was seen shedding a tear and praising Jesus as he was honored with the Gold Jacket. See the moment from the NLF Network below:

While Owens is part of it because he was elected in February, his distancing himself from the proceedings here — and from his hall peers — didn’t draw much response from 2018 class members. That’s probably fitting, sort of like how an NFL coach won’t talk about players who are holding out, focusing instead on “the guys who are here.”

Nearly 140 Hall of Famers are expected in Canton for Saturday night’s inductions. Lewis wished he could have spoken in depth to all of those who attended the luncheon.

“Listening to some of those stories,” Lewis said, “you think, ‘Each one of you guys had to make your path straight enough so a person like me could follow.’ (It was) me and Dick Butkus face to face. Me and Mean Joe Greene locked. Willie Lanier and me just there in the corner talking.”

Hall of Famers all.